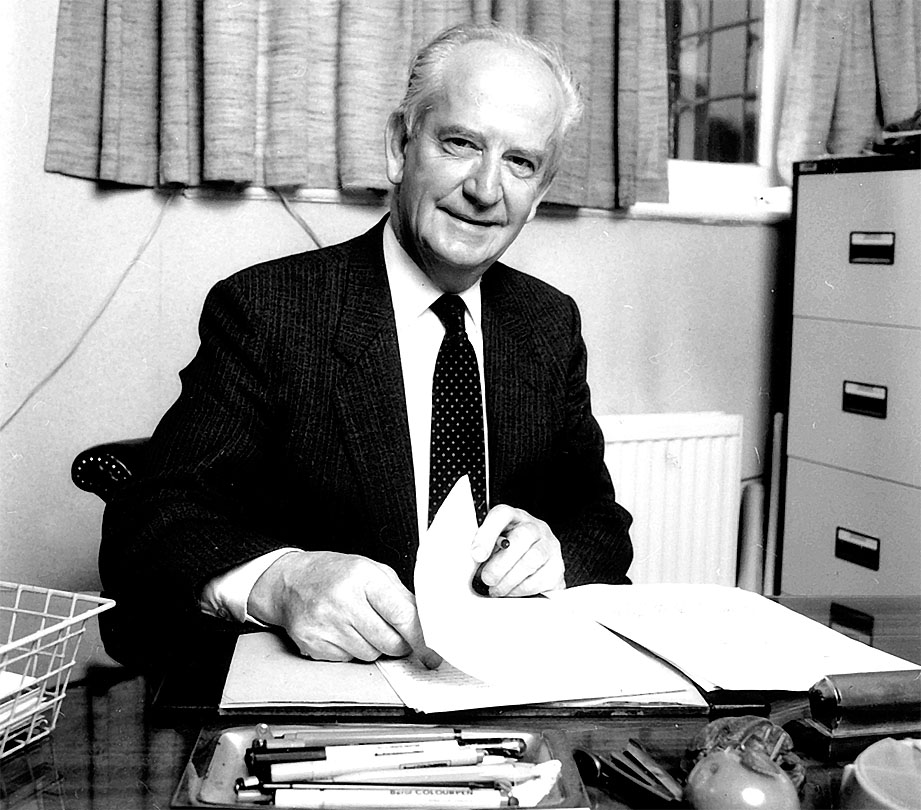 As the nineties began, Mr Loarridge’s time at the school was coming to an end. He had spent almost twenty years leading the way at Dr Challoner's, and by all accounts had done a sterling job, bringing the school's standard up immensely to make it one of the ‘Top 20 State Schools’ in Britain. Mr Loarridge commented at the time that 'We ought to be at that sort of level with the quality of young men at this school'. He had no intention of pushing the school any higher by dropping weaker students out of the school, though, believing it would betray the heritage of inclusion that was so intrinsic to the school's ethos, accessibility of education being key to the school's success. Mr Loarridge finally retired at Christmas in 1992, leaving behind a better school than he had started with. To this day, students will be familiar with the name, with the Loarridge centre (the library during his time at the school) named after him.

After Mr Loarridge’s retirement, it was left to the governing body to decide upon the next appointed headmaster. Mr Hill, one of Mr. Loarridge’s deputies who had been at the school for over a decade, was chosen and appointed in January 1993. He was a prestigious chemist, having written many textbooks and presided over the Association of Science education, and was eager to successfully follow on from Mr Loarridge’s work at the school. 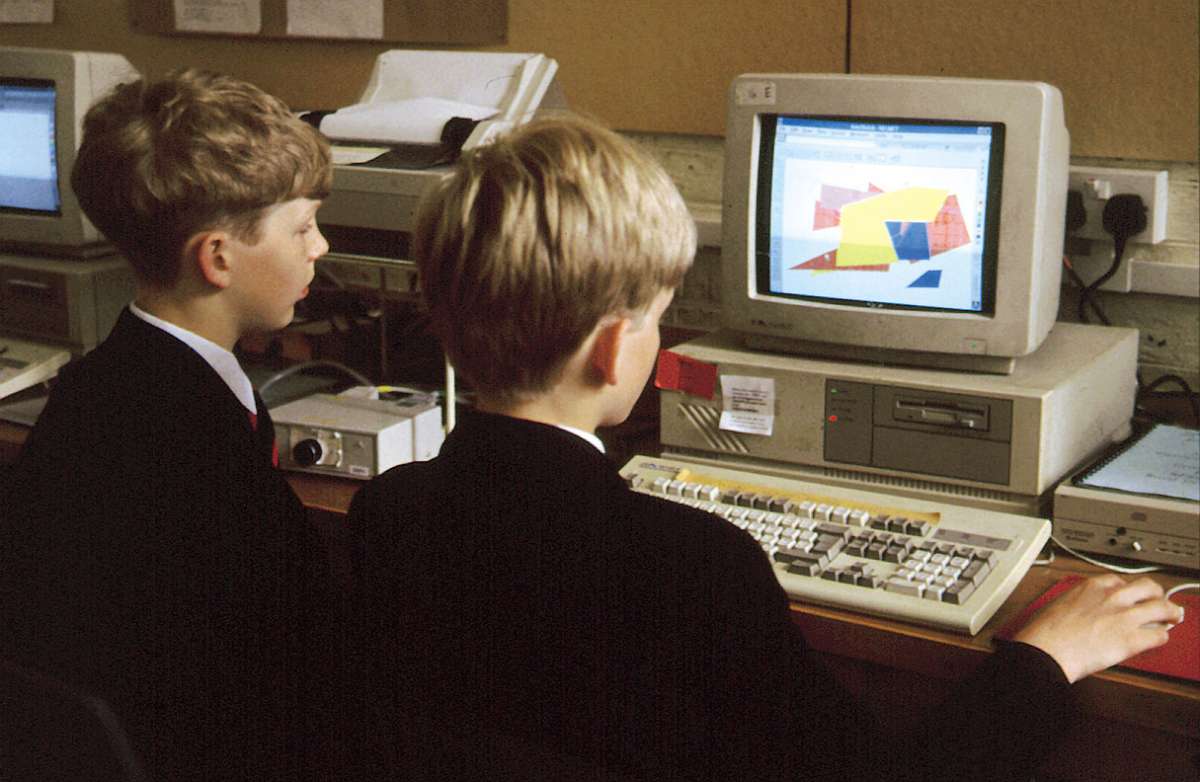 As the years went by, the school continued to flourish with flair. Students represented the school in a wide range of extra-curricular activities, including chess, debating and many different sports, a number of which are no longer part of the curriculum. This included ‘cyclo-cross’, a cycling race where participants are required to get off and lift their bicycle over obstacles and tough terrain, in which one Challoner's boy was named the World Under-19 Champion. Musical brilliance was not lacking either when in 1995 a saxophonist from the school became the youngest ever member of the National Youth Jazz Orchestra, and only two years later a pianist was chosen for the National Youth Orchestra.

A period of rapid change followed. After 15 years of development New Court opened in 1995, swiftly followed by West Court in 1997. This wasn't the only major change for the school. The 12+ entrance exam became the 11+, which - although heavily changed, is the exam sat today. For the first time since 1973, 11 year olds - only 60 at first - joined Challoner's.

Despite the radical action of the previous eight years, the next project was waiting in the wings. A new sports hall, notably the school's first ever fundraising campaign, would widen student capabilities further than the old school gym. Built in 1958, the old gym was generally inferior to the standard of the surrounding schools, and not wishing to be left behind the Deputy Headmaster and Head of Governors leapt forward to tackle the problem.

2001 saw another headmaster move on. Mr Hill had done a lot for the school in his eight years; he had been determined and well supported enough to preside over the drastic changes to the school site that would lead the school to a successful future. As he stepped down, the Governors once again had the power to appoint a Headmaster. Finally, they decided to elect Dr Fenton in September 2001, who was at the time Deputy Head at Joseph Williamson’s Mathematical School, in Kent. 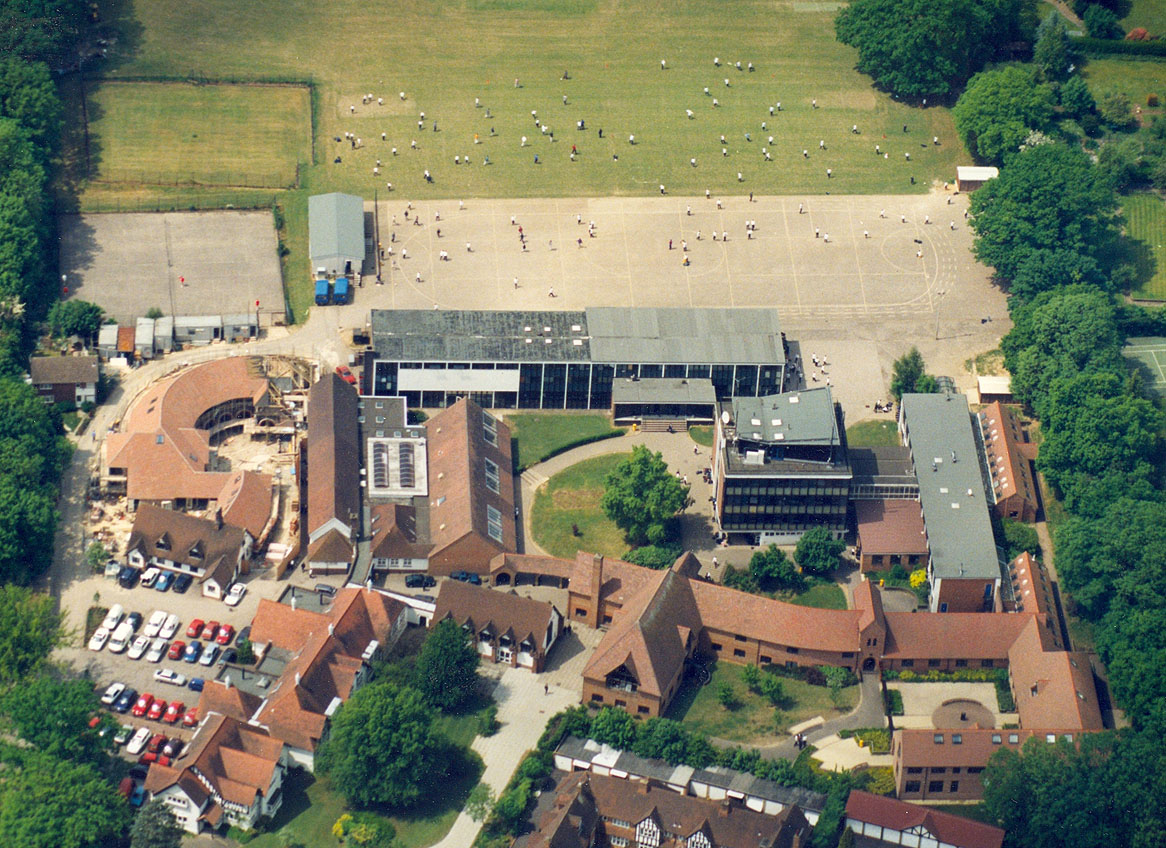 One of the first major changes in this era was the building of a floodlit all-weather astroturf, again only possible through the generosity of parents raising over £600,000 in total to pay for it. The playing fields were also given a makeover, finally ensuring that all the deficiencies noted in the 1921 inspection had been righted. This rejuvenation of sporting facilities led to an astonishing number of fantastic sporting achievements and victories, including the Junior Rugby team playing in a national final held at Twickenham, and the 1st XI cricket team beating MCC for the first time.

2005 saw the return of the House system, well received after decades without one. Expanded from four houses (Challoner, Milton, Penn, and Hampden) to six, each was named after a previous Headmaster (Foxell, Holman, Newman, Pearson, Rayner, and Thorne). The new competition boasted a more competitive and wider range of House events. The most successful house have been Pearson in over a decade of competition so far.

Further site developments include the new entrance building opening in 2008, containing more office space and new facilities for Matron. It links to the original 1905 buildings which used to be the Domestic Science block: this is now the Music Department, which was renovated in 2018. In 2010 an extension to the Sports Hall added a brand new Cookery Room, with cookery returning to the school curriculum for Years 8 and 10. The 'Raising the Roof' campaign, finished in the summer of 2013, provided Sixth Form students with a workspace in a calmer and more convenient environment, complete with a Sixth Form café, and the Milton Library for the whole school.