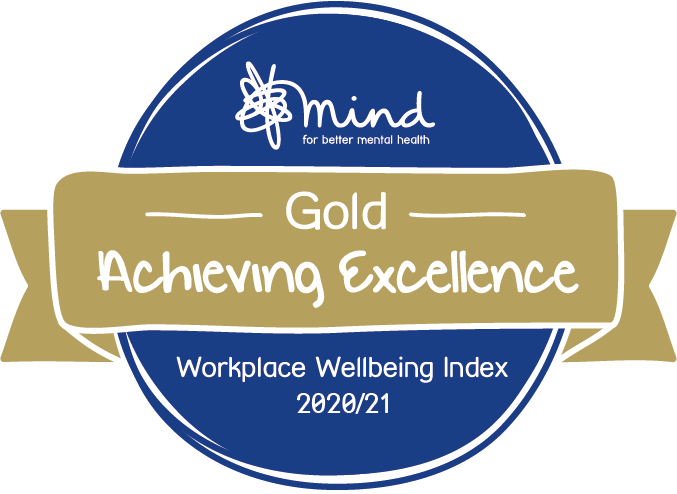 In 2021 DCGS was delighted to have been awarded, for the fourth year running, the Gold Award in the Mind Workplace Wellbeing Awards. The Gold Award is given to employers who have successfully embedded mental health into policies and practices, using a range of best practice and demonstrating a long-term, in-depth commitment to staff mental health. Highlights include 93% of colleagues saying that they feel the school encourages openness and discussion about mental health and 88% feeling that the organisation makes it possible to speak openly when experiencing mental health problems. This level of achievement is only possible because so many people across the school take positive action when it comes to supporting mental health and creating a open and trusting work environment.
.

In 2020 DCGS was awarded The School of Character kitemark. Awarded by The Association of Character Education this kitemark provides recognition for outstanding character education delivered by schools, colleges and organisations and specifically recognises organisations who undertake character education in an explicit, planned, conscious and reflective way. The process of being awarded the Kitemark is formative; it is designed to help schools or colleges develop and enhance their character education provision. As such, the aim of the award is not just the recognition of good practice, but also to support schools to develop desirable character qualities that contribute to individual as well as broader societal flourishing. “We are delighted to have had our work on Character Education recognised through this Kitemark. The rigorous process helped us focus on how we communicate what really matters to us, and we look forward to our students benefiting more in the future as we work on the advice provided. ” David Atkinson, Headteacher

Each year School Sport magazine produces a ranking of schools based on their sporting achievements in the previous year. DCGS have always scored highly in this and in 2020 were delighted when they were identified as the best sporting state school in the country. This is a fantastic recognition of the efforts of DCGS athletes across all age ranges - achievements by Year 7 students are ranked as highly as those of the senior sides. This is not only down to the dedication of the many teachers across the school who contribute to our sporting programme but also down to the parents whose unstinting support helps so much.