For many musicians at Challoner’s, Swing and Jazz Band tour is the highlight of the musical calendar. Last Wednesday, 35 of us embarked on the perennial tour - on this occasion: to Normandy.

The first day started with a trip to a caramel factory - where we, unsurprisingly, saw caramel being produced. Many of us were horrified to see 80kg of sugar being poured into a machine as part of an 88kg batch of caramel. Fortunately, we were able to put our health concerns aside and buy huge amounts from the gift shop anyway. 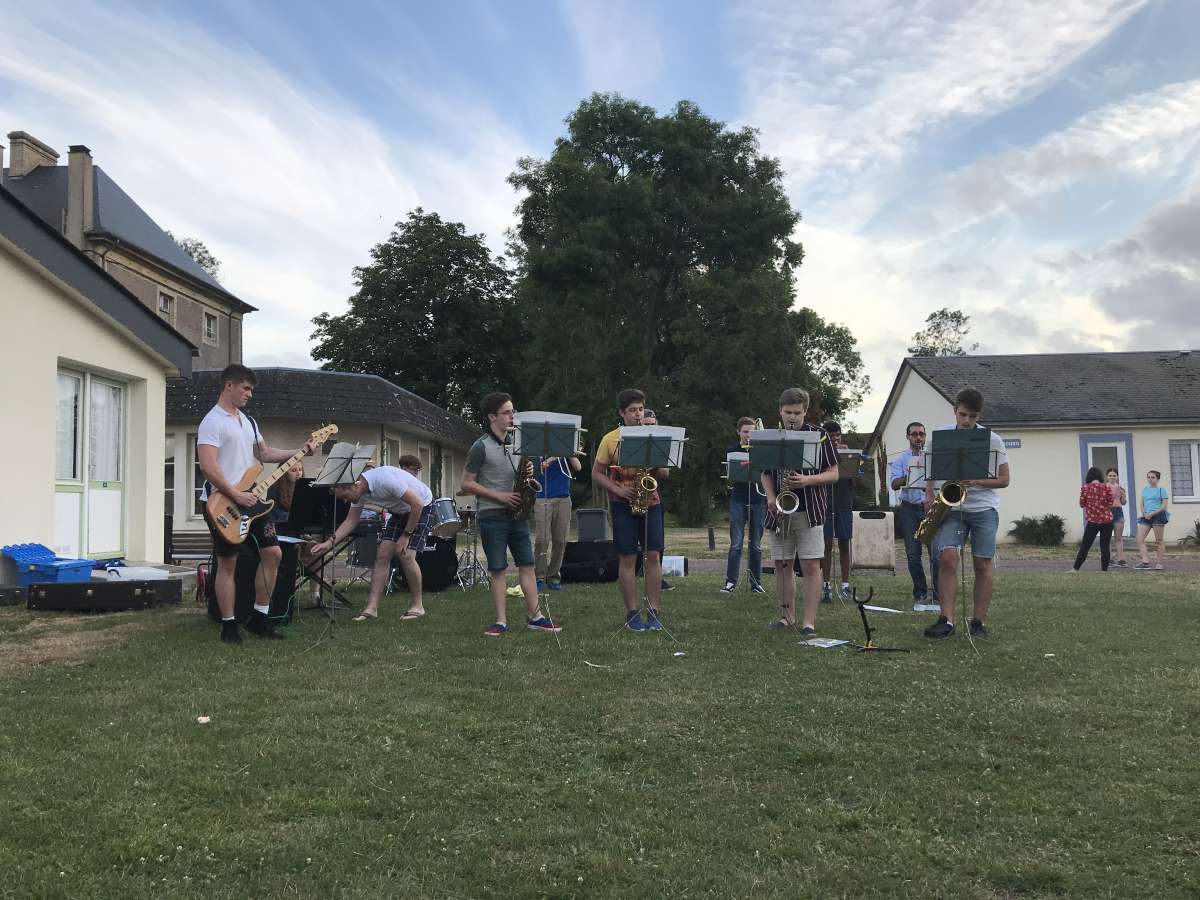 With some spare time on our hands, we then visited the cemetery for the American soldiers who died in WW2. It was immaculately kept, with crosses (or a wooden rod with a star of david on top) for every soldier. From here we could see one of the actual beaches upon which allied forces landed in 1944. 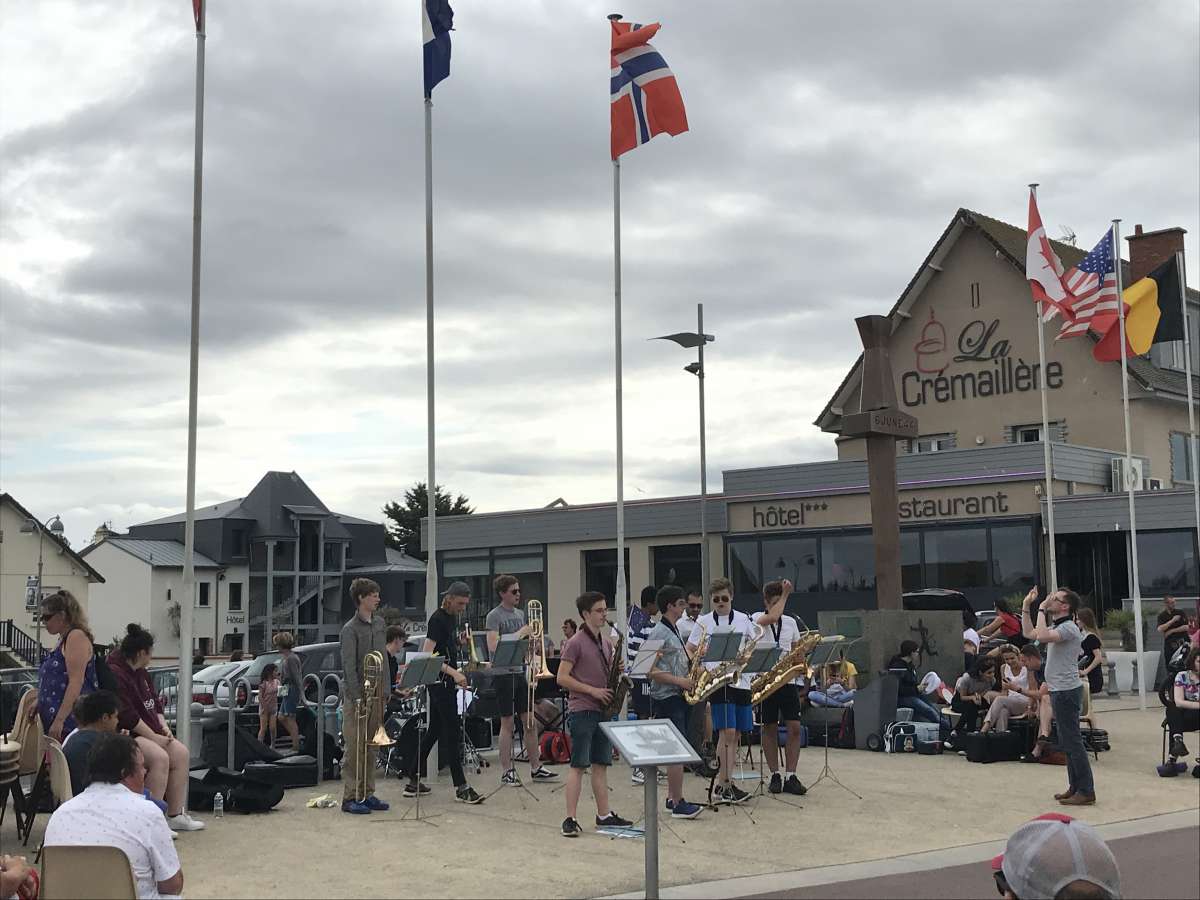 Next on the agenda was travelling to our concert venue. Before we played, we went to a “360 cinema” - which was, as it sounds, a cinema where we stood up and were surrounded by screens. The screens told the story of the takeover of France in WW2 by Germany, as well as the liberation of france towards the end of the war. It was particularly impressive to see how young many of the soldiers in the videos were - with many appearing younger than some of the sixth-formers on the trip.

Our first concert had a spectacular position by the sea. Here, we played to approximately 200 members of the public who stopped to enjoy our playing. Swingband’s rendition of Hot Hot Hot was especially popular. What we did not anticipate was the ferocity of the winds! Thankfully, Mr Tansley had pegs to stop our music flying away into the sea.

The following morning, we travelled to Mont Saint Michel: a small island in the English Channel with a magnificent abbey on top. Dating from 8 AD, we were astounded by the condition the monastery was in. 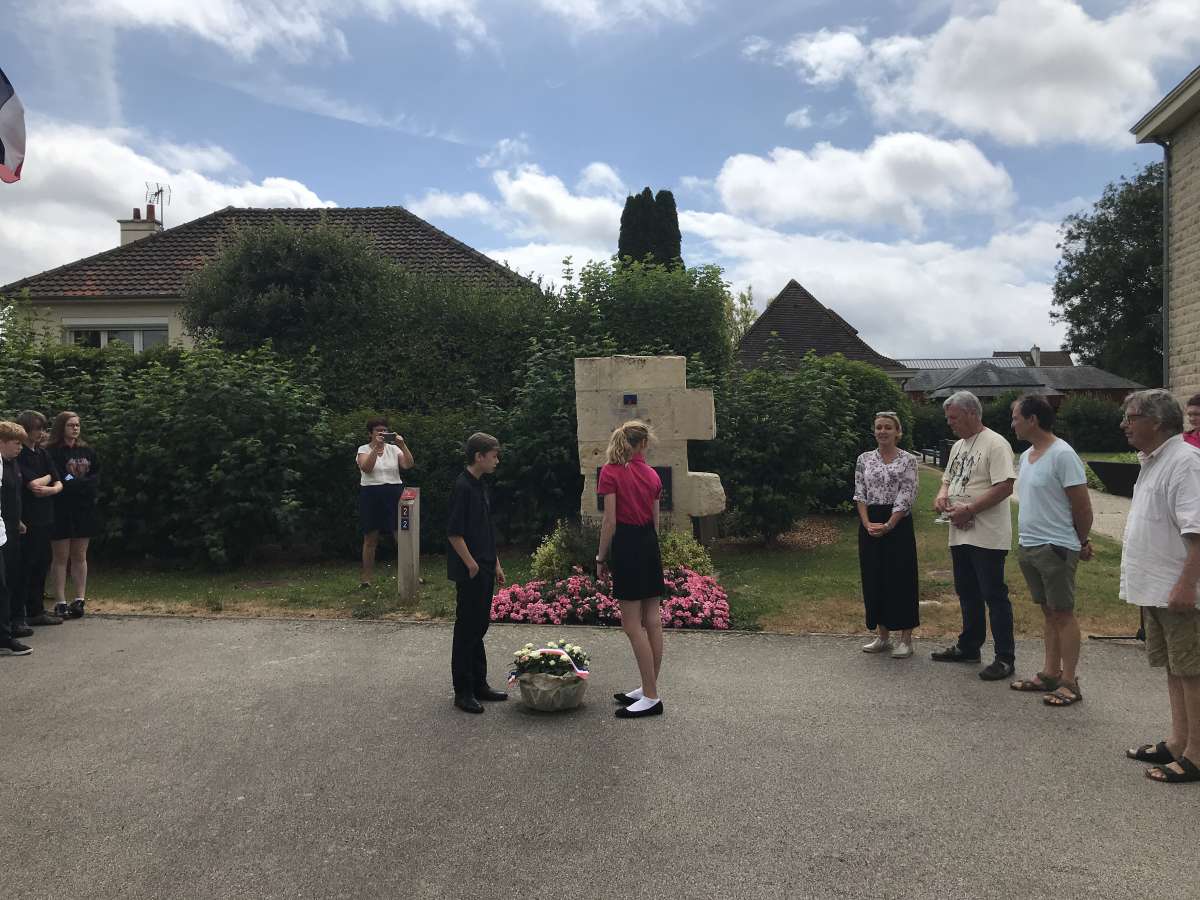 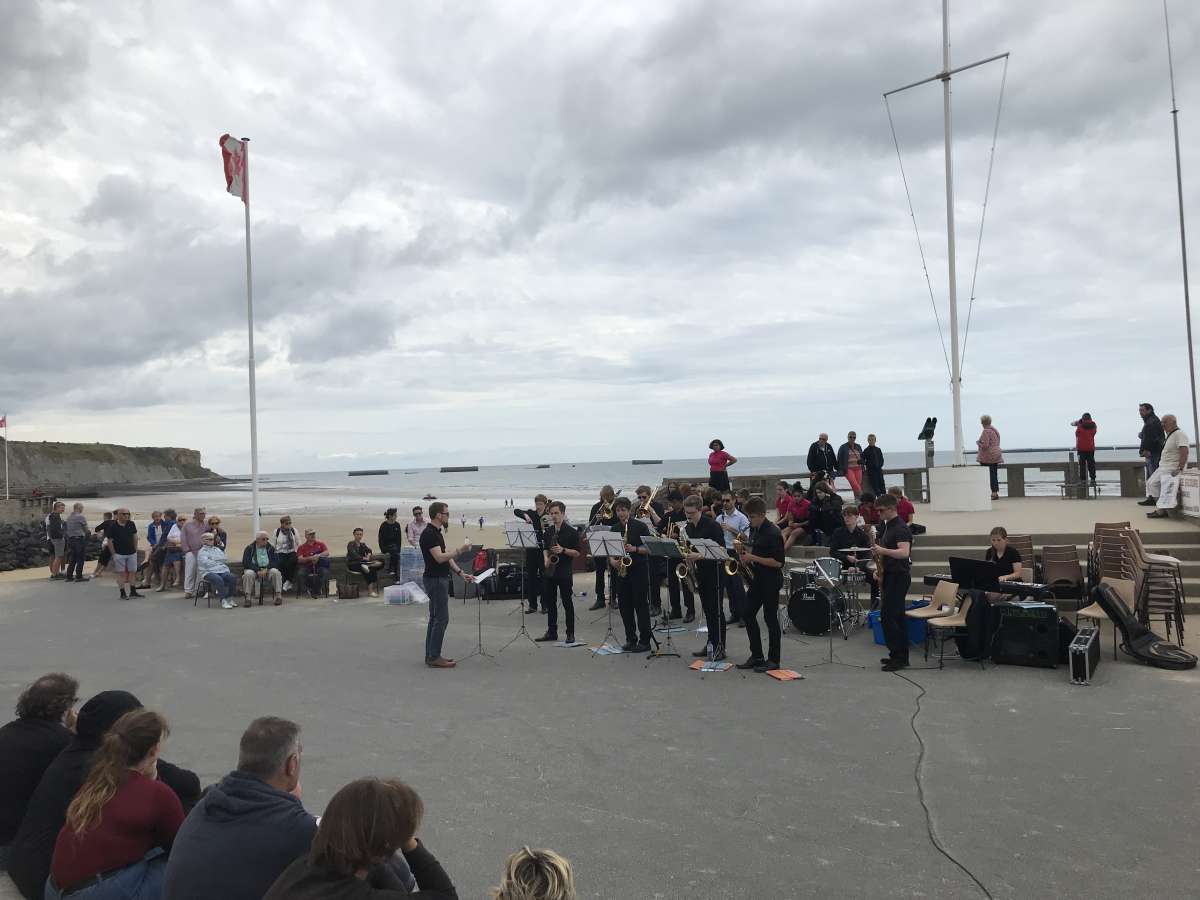 Before long, we had to set off to our second concert venue. In my opinion, this was our best. Also by the sea, but with less wind, we performed to approximately 150 people - with many sitting down to watch us for the entire 1.5 hour performance!

That evening, a group of 50 American teenagers arrived at our hotel on an exchange programme. After introducing ourselves, we spent the evening comparing our lifestyles and schools (notably the fact that almost every single American student on the trip had had a real active shooter at their school - something we were shocked to hear). Later in the evening we split off into groups, with some of us playing ball games while others were taught how to salsa dance by some of the Americans.

Our final day started differently: with a concert at the beginning of the day. Unfortunately, this coincided with an epic thunderstorm which threatened to not only soak us and ruin our music, but also mean we had no audience. Fortunately, the local market were able to provide us with marquees to perform under and the sun soon came out. For me, this was an especially emotional concert as it would be the last time we performed as a band.

In the afternoon we visited the Caen memorial - a museum about WW2 which I would thoroughly recommend. It gave an incredibly detailed account of the war from beginning to end - and it was very interesting to hear the story of the war told from a French perspective. I was horrified to learn that in the war, Britain was asked to bomb the trainlines leading to Nazi death camps used to murder the Jews; but despite the fact we were bombing in the area, Churchill refused to bomb the trainlines - allowing the holocaust to continue.

That evening, we did a spontaneous final performance at the hotel for the Americans and hotel staff. Unsurprisingly, Despacito was incredibly popular - with the students even getting up to dance whilst we played!

This was once again, an outstanding trip that we’ll all remember for the rest of our lives. Thanks must go to Mr Tansley for organising the trip, as well as all other DCGS and DCHS staff that helped.