Year 13 were given a crash course into the numerous responsibilities that come with driving and owning our own cars. Miss Ashton gave us a sobering introduction, which combined humorous personal anecdotes with hard-hitting statistics, followed by a talk from Dr Richards in an effort to raise awareness about other road users, especially motorcyclists. One particular statistic that shocked me was that riders involved in a collision with a car are almost 27 times as likely to die than the occupants and driver of the other vehicle. Splitting into smaller groups, we went off to complete various sessions that left us with a lot more knowledge about the responsibilities of a driver.

The first activity, led by Dr Thompson, equipped us with a fool-proof guide to checking our cars before we buy them - just to make sure they don’t break down as soon as you leave the dealership! He showed us how to check that the car was roadworthy - in particular, warning us to look out for rust on the car, especially under the wheel arches. Thanks to Little Chalfont Citygate, we were also told how to check and subsequently refill the oil, coolant and of course fuel for a car. There was also a demonstration on how to change the wheel of a car - which some of us even gave a try, albeit not all successfully! Next up, we had a session on totalling up the costs of running a car for a year, run by Mr Parkinson. Many of us made the error of completely underestimating the insurance prices - although one team did factor in the cost of a state-of-the-art sound system.

After a break, we had another talk, this time from an officer for Thames Valley Police. Again, this gave us an invaluable insight, this time into the statistics behind road traffic accidents, with a particular emphasis on the use of mobile phones and drink-driving. It truly opened our eyes that something as innocuous as a mobile phone - which undoubtedly we all own - can be such a hazard in the hands of a driver.

The big city, whilst not the Big Apple, is always filled with a contagious energy. Visiting London, we were filled with a sort of strange anticipation of what it would be like to spend the day there. Newly minted Sixth Formers piled into trains in the wake of the morning rush and made our way into London. 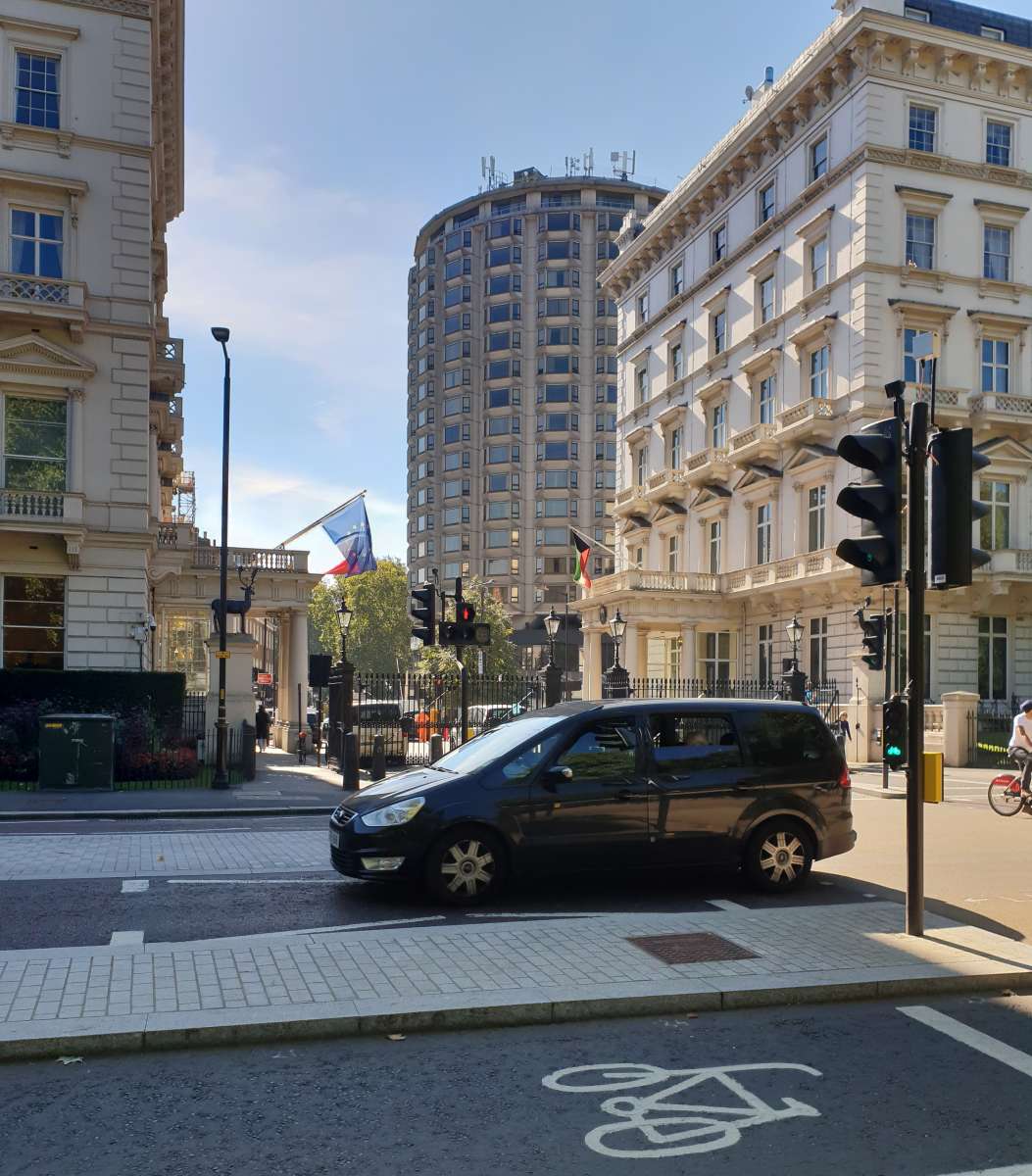 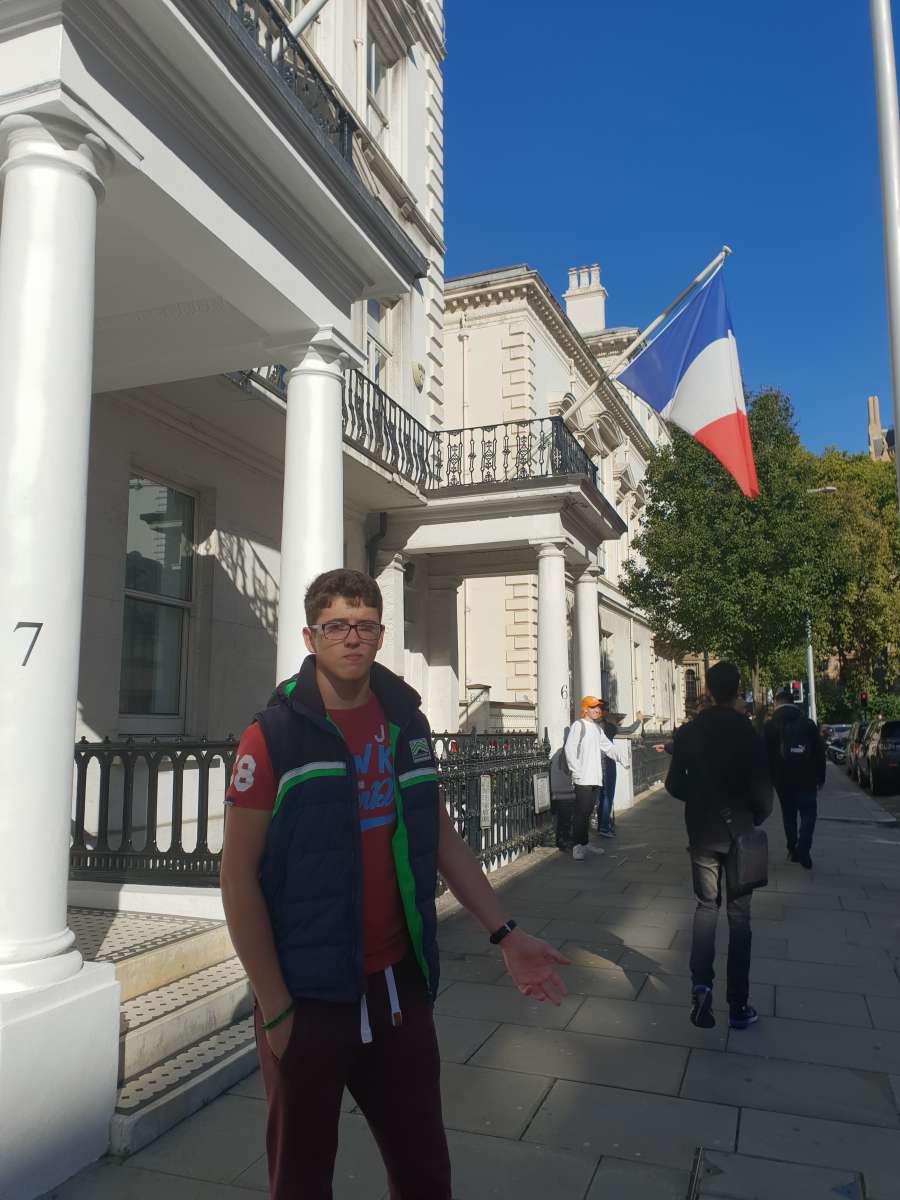 Organised into groups of up to six, our task was to solve a series of questions which we had been given the opportunity to research beforehand. The questions got us to look at some of the history of London and then find the locations that matched. There were spots all over London, tightly packed into the boundaries of the Circle Line. Churches rebuilt by Sir Christopher Wren, Roman monuments, livery companies and locations associated with books and novels were all on the checklist. From diplomatic missions to embassies, to sightseeing universities we got to see what felt like the majority of London. At each site, everyone took pictures to prove that we had been to them - funny faces and ridiculous poses notwithstanding.

At lunch time, we sent photos to check in before trying to find some food. In the harsh urban jungle we needed to economise, find the sources of succour after hours on the pavements of the city. Lunch done, bellies filled, a short hour was all we had left to meet up back at Baker Street – putting our orienteering skills to the test once more.

After arriving safely back to the meeting point, it was done! Over! A day in the life of a Londoner. Many of us stayed to meet with friends, while others, myself included, only wanted to flop back into our beds.

The London Challenge was an Enrichment Day quite unlike any other. We needed to be independent, free from supervision and fiercely competitive. Something very new for all!

For Year 11, our day was filled with interesting talks; supplemented by some Ultimate Frisbee. We started with an insightful talk about the job market, learning about the different options we can take. Something the talk emphasised was that we could take many routes into the same job and that our choices right now did not mean that we were limited to certain jobs. For me, this was a real eye-opener.

After this, we split into our forms and completed different activities on a carousel. For me, this meant starting with some PE, before completing a Morrisby Assessment. This is a test that shows you some career paths that best suit you. After lunch we had a talk about the work experience that we would undertake before we move into Year 12, before finishing the day with a talk about some of the best techniques for revision. This was aptly timed given our GCSE exams at the end of this year. 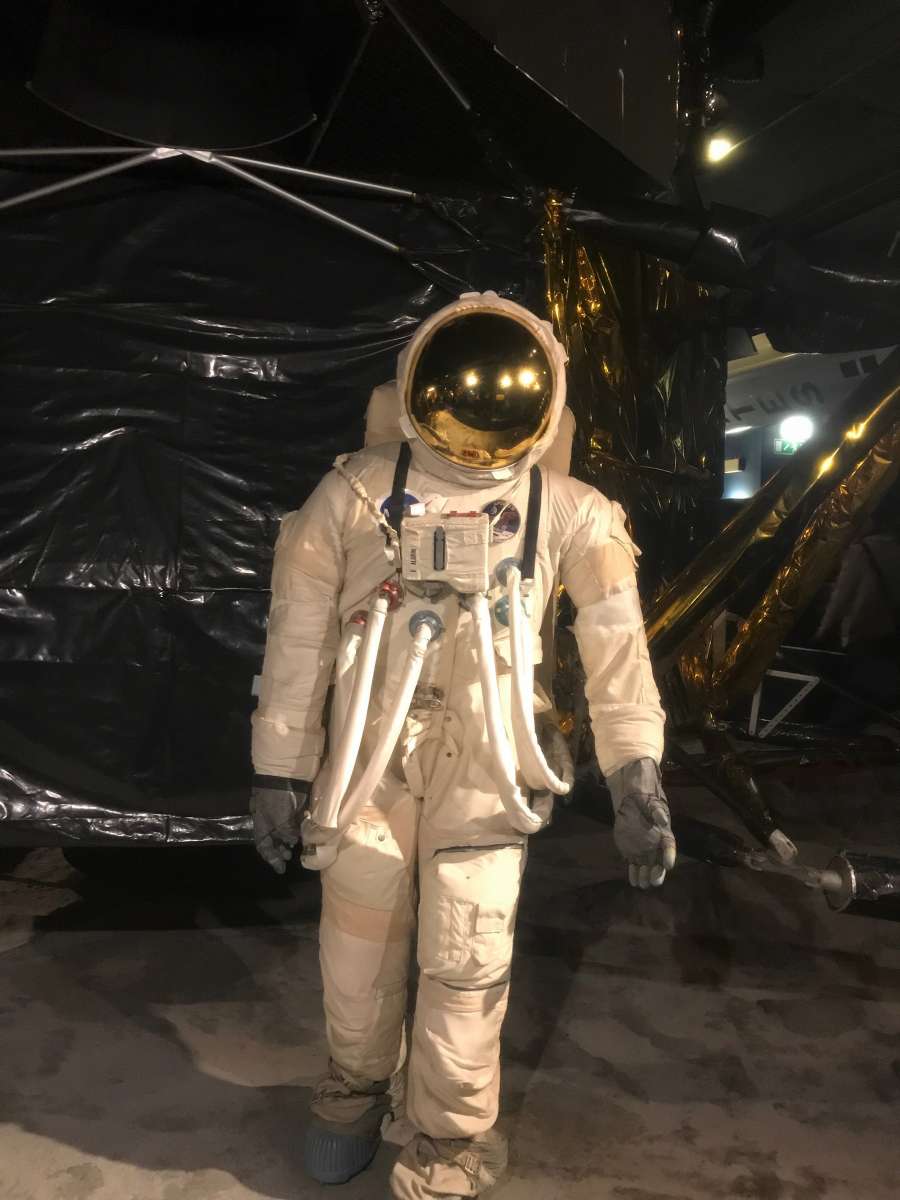 The Year 10 activity this year was a visit to the Science Museum. We were divided into groups and we all went on a tour around multiple exhibitions which included 'Who Am I?' This was an exhibit full of a broad range of fun activities. For example, there was a game that played tricks on your mind and led you to think that a fake hand was your own! In addition, we saw many planes, cars and early engineering pieces including the first x-ray machine. My personal highlight was the IMAX film we watched - a 3D film about astronauts ascending into space and going on board the International Space Station. I found it fascinating to believe and imagine how big and beautiful the universe and our planet are, especially at night and when there is an aurora (the Northern Lights); the world just seems to come alive. 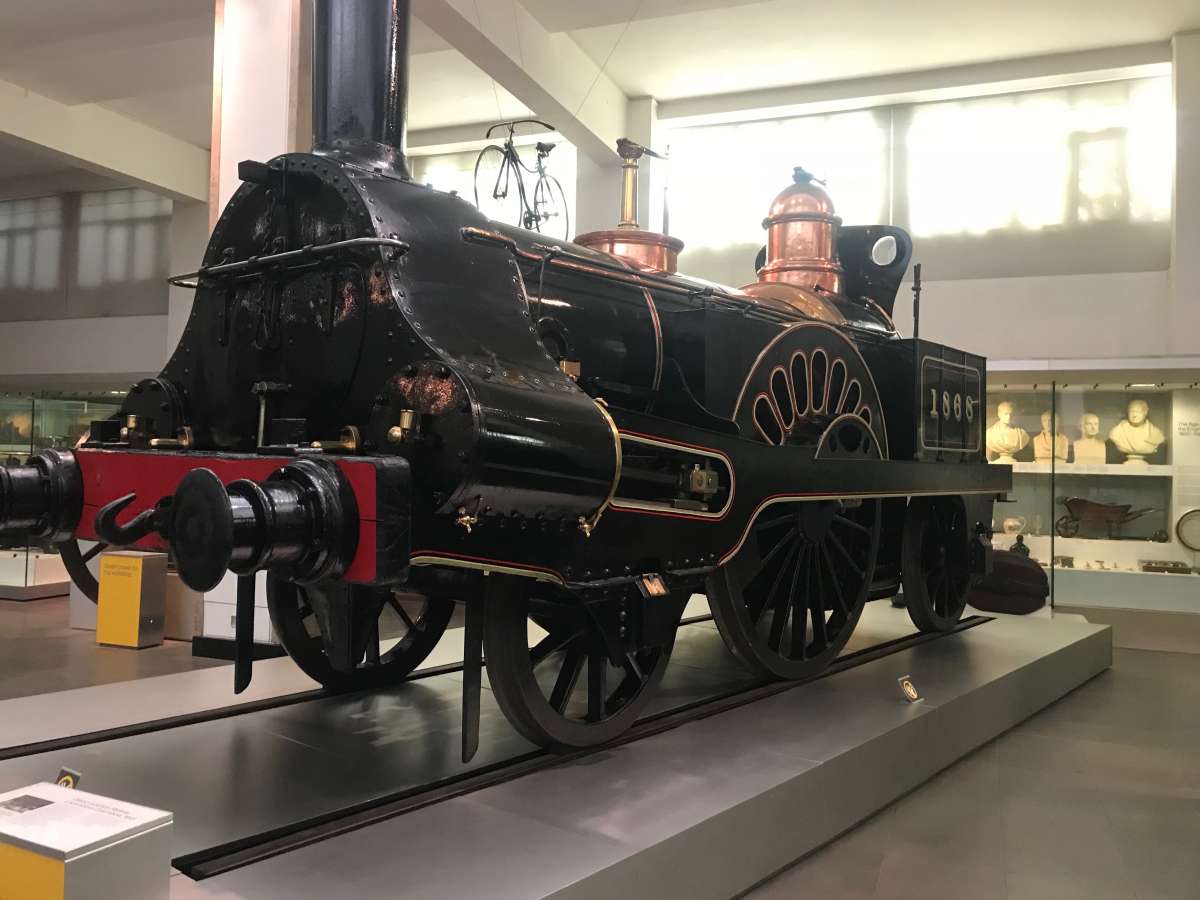 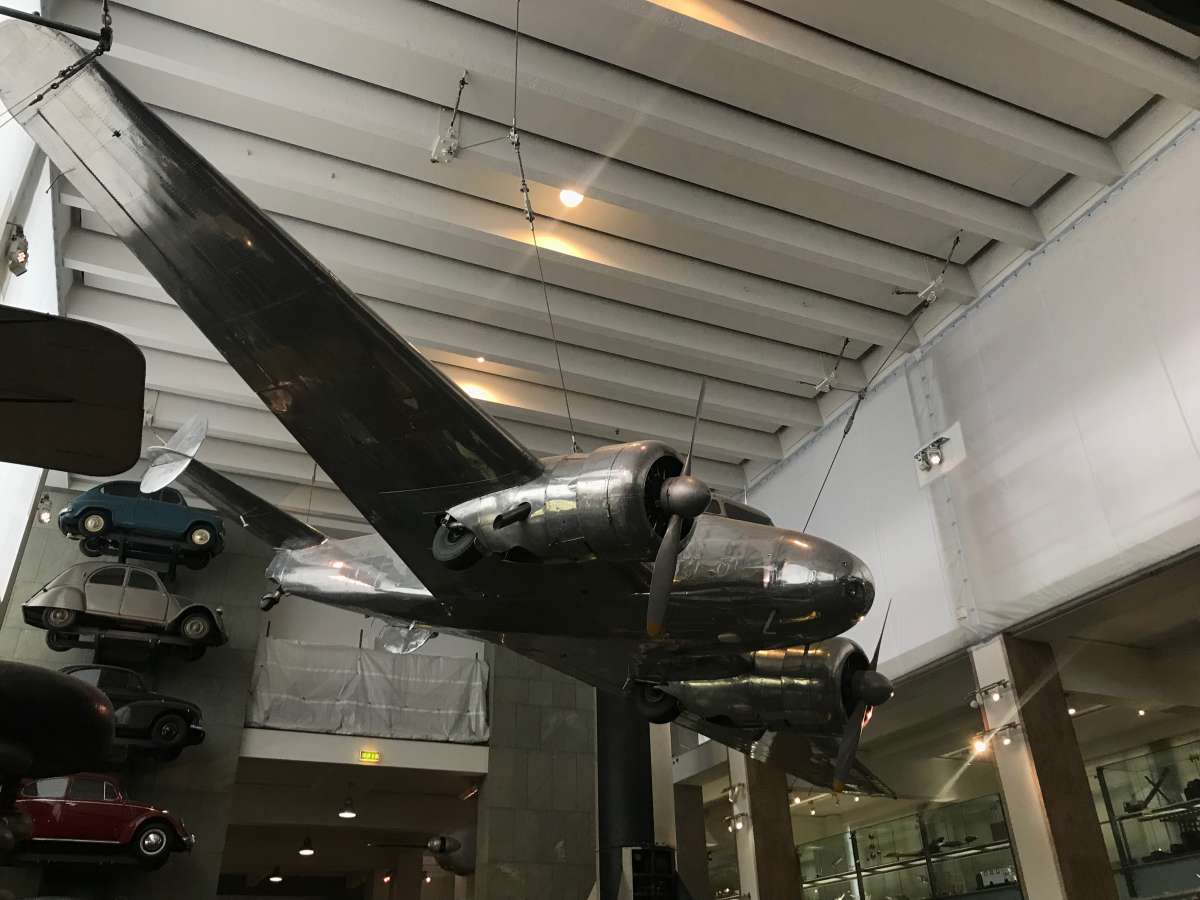 We started the day with an interesting talk about the use of alcohol, drugs and cigarettes in the UK. There was a lot to learn and I was surprised by some of the facts that we were told. After this we had session on online safety with Mr Keen where we had a fun time going on some long tangents about different topics relating to our use of the internet. Next, we had yoga with Mrs Whittle where it felt like we were stretching every joint in our body and although it was a struggle at some points I found it very relaxing.

After a quick lunch we were right back at it, learning how to ‘street dance’. With so many moves and jumping about we could hardly keep up with what the instructors were doing! After a while we all started to get the hang of the moves and ended up being able to do it pretty well. Finally, we had a session on sex and relationships before finishing the day with a street dancing competition. Here, we got to show off the routines we had rehearsed earlier in our groups and had fun time watching everyone perform. 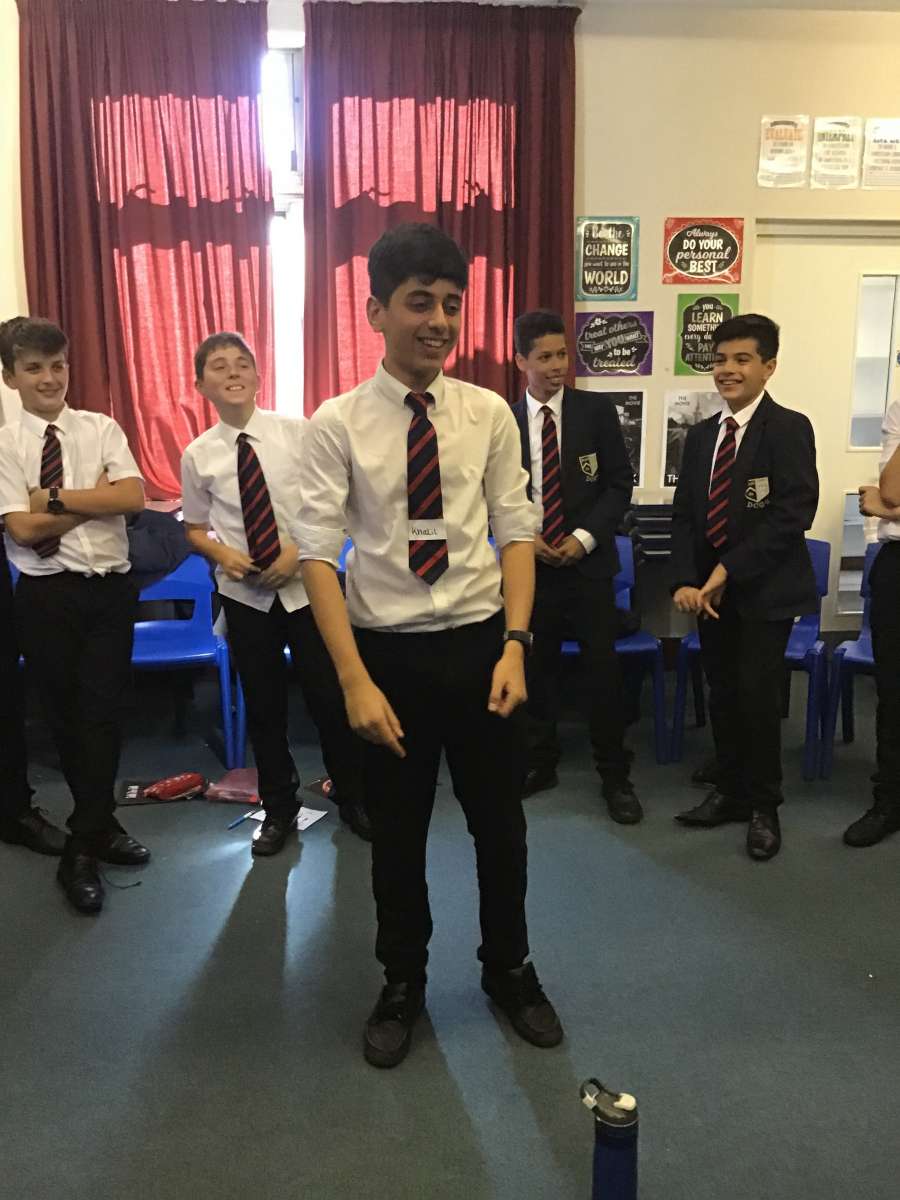 The Year 8 activity was a workshop that focused on improving our public speaking ability. We started by learning about the key fundamentals to creating a good presentation and oddly, this included worshipping a water bottle!

After learning the basics, we began planning and creating a presentation. We were given the chance to hear each other’s creative speeches and this was, as agreed upon by the majority of Year 8 students, the most enjoyable part of the day as we got to hear our peers’ views on a particular issue and see just how passionately they felt about it. 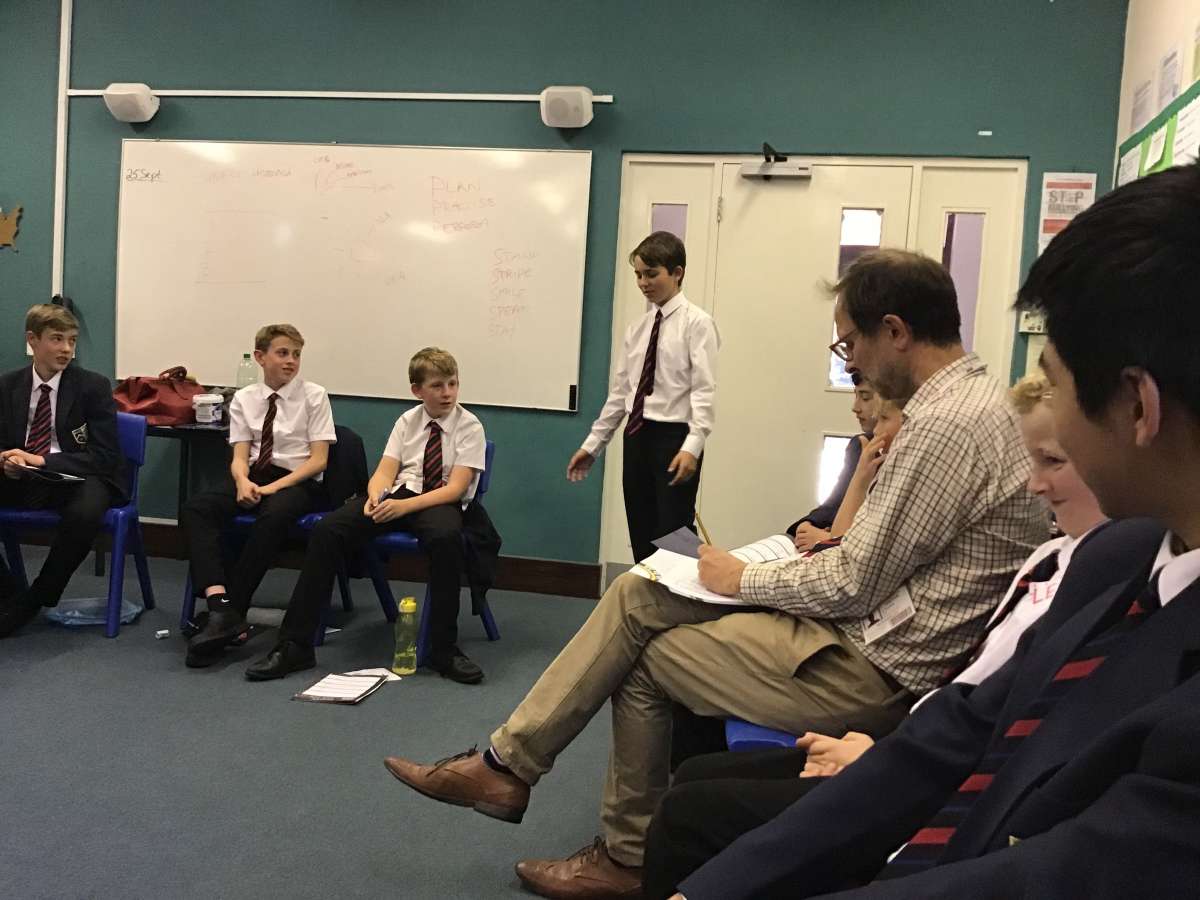 We would like to thank all the staff at Challoner's and our various guests for providing such a well-received and highly educational day once again.

This enrichment day also coincided with what would have been Liberty Schurer’s 15th birthday. Liberty, who was a pupil at DCHS, unfortunately passed away just under a year ago after a 13 month battle against a rare form of bone cancer called Ewing Sarcoma. Since then her family, friends - many of whom go to this school - and the local community have raised over £120,000 for the Bone Cancer research Trust. This day marked our charity day where we raised runds to help support this cause.