An Empowering Message from Douggie Ward 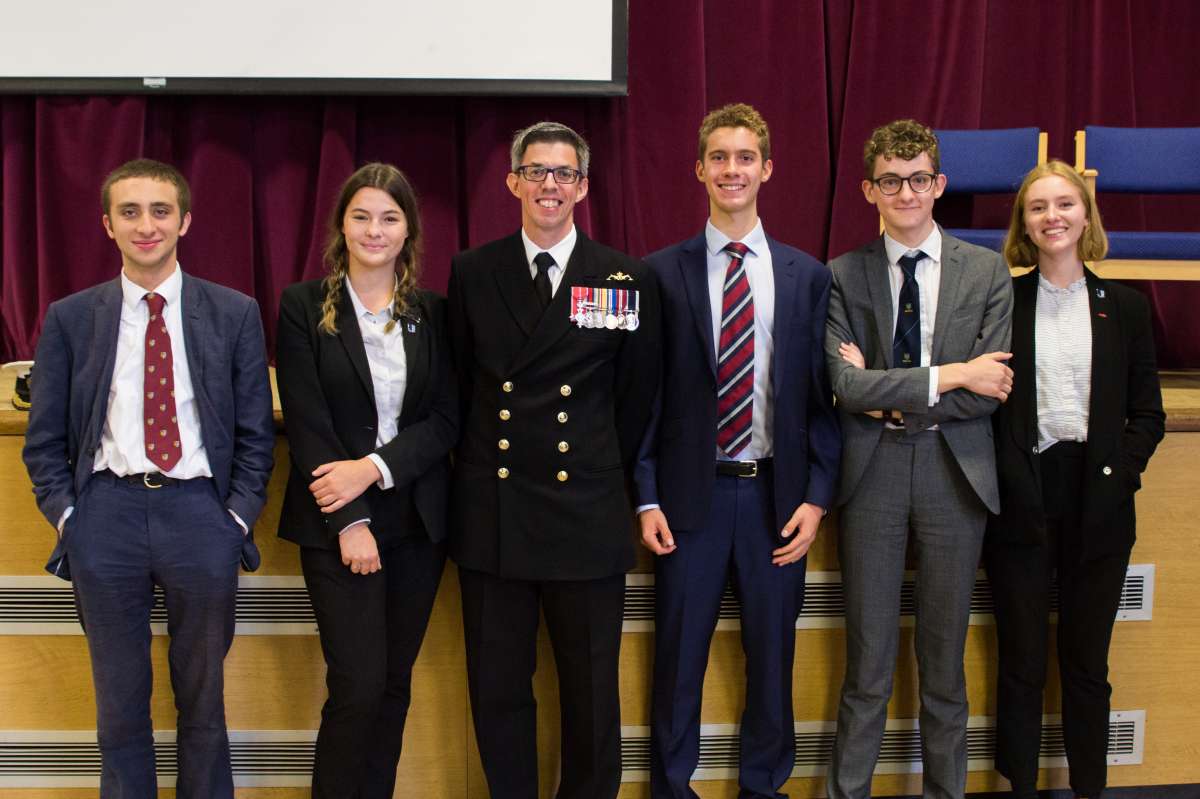 It is astonishing to imagine how someone with a nice house, a partner and children, living their dream job in the navy, having sailed in four of the world’s oceans and visited such exotic and beautiful places, could possibly be unhappy with life. However, for inspirational Old Challoner Douggie Ward MBE this seemingly paradoxical set of factors was the reality he conveyed to Challoner’s students in Years 10 to 13 in a lecture this week. 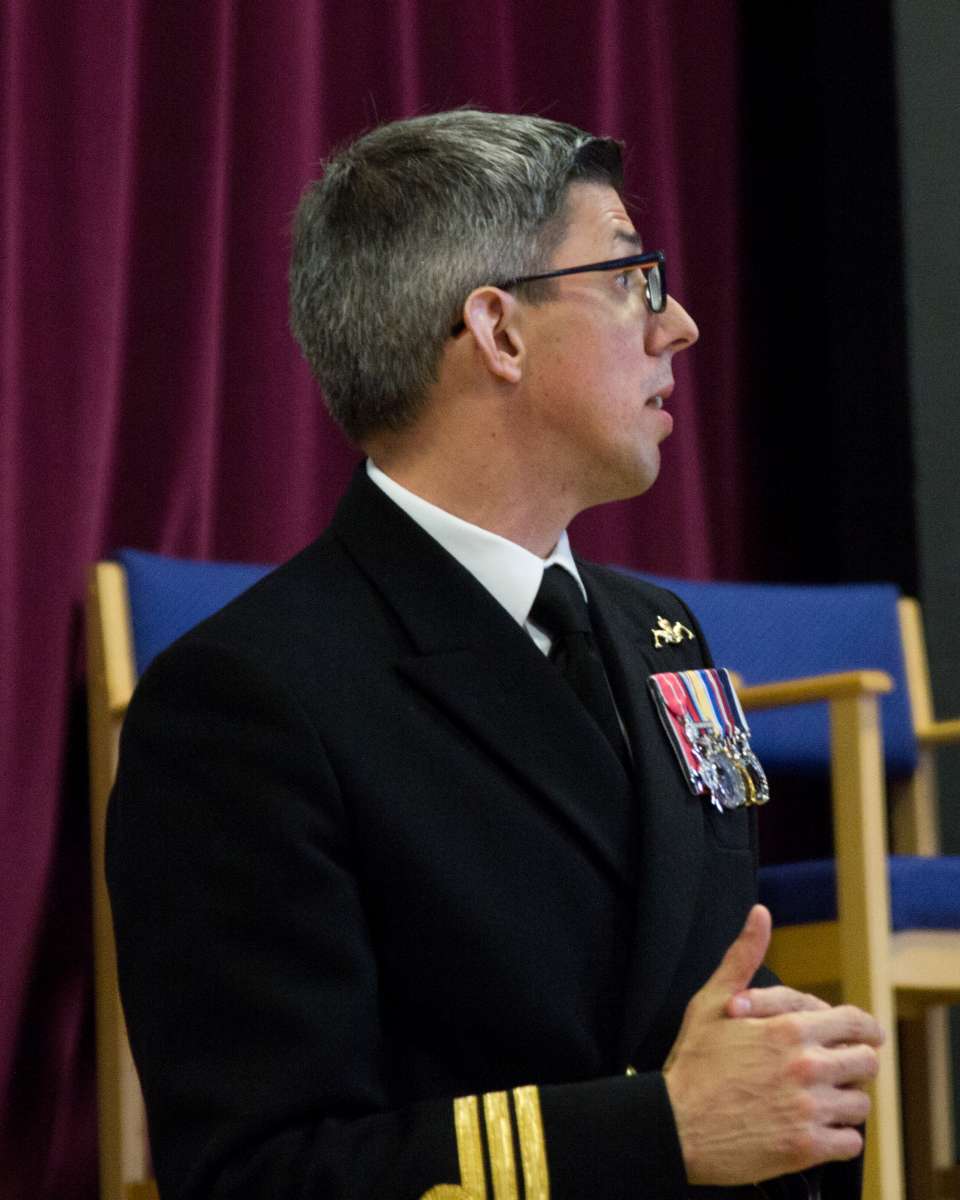 During his time at Challoner’s Douggie was fascinated by stories about his friend's brother, who seemed to be living a life of excitement and adventure, traversing the high seas with the Royal Navy. Hearing these stories, Douggie made the decision that he was destined to join the Navy. Fast forward several years, after going to university and beyond, he had made it as a Commander in the logistics branch of the Royal Navy. He entertained us with stories of being stationed off Sierra Leone, aircraft carriers and walking softly while carrying a big stick. 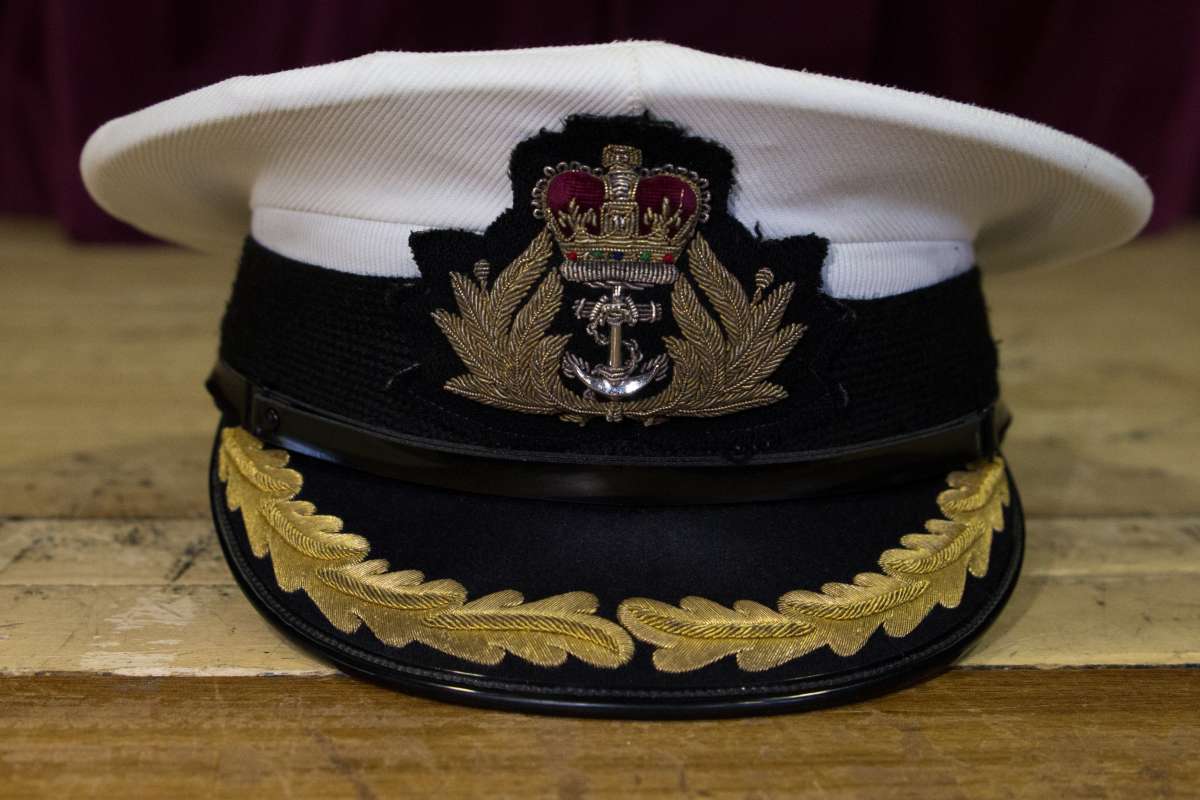 It was at this point for Douggie that he was confronted by the harsh reality that he was not enjoying his life anymore and, despite meeting his goals from school, things weren’t working out. After a lot of soul-searching, Douggie reached a conclusion that had the potential to throw his entire life into jeopardy. He realised he was gay. It’s fair to say that this was a huge surprise to all of us in the hall listening to Douggie’s story at the time and of course a pivotal moment for Douggie himself. Armed with this newfound knowledge he was faced with a choice: to suppress his feelings or to embrace his true self at the risk of turning his life upside down. Douggie chose to embrace who he really was and was fortunate enough to be accepted by his family immediately. Having been accepted at home he was also quickly accepted in the Navy and turned his attention to how he could help and benefit others like himself. As a result for a period of time Douggie led a sexuality and gender support group which brought the Royal Navy to the position of being one of the top ten employers. They demonstrated a committment for diversity and inclusion across the organisation which was recognised in the Stonewall Workplace Equality Index.

As a result of his efforts in the name of equality, Douggie was awarded an MBE in the 2016 Queen’s birthday honours. Douggie’s astonishing retelling of his story had something for everyone to take away; not only did he show us what being in the Navy is really all about but he succeeded in delivering an empowering message of equality for all. All of us at Challoner’s are privileged to have heard him speak and we are extremely thankful to Douggie for delivering a hugely impactful talk that will stay with many of us for our lives to come.