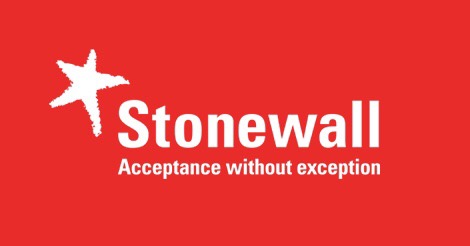 Stonewall is a gay rights liberation organisation founded in 1989. Named after the Stonewall Riots in New York in 1969, the group formed initially around the struggle against Section 28 of the Local Government Act, a piece of legislation designed to prevent the promotion of homosexuality in schools. Since its founding, Stonewall has made a huge impact to the lives of millions of LGBTQ+ people, acting as a social catalyst for global change towards the acceptance and tolerance of the gay community. Students from Years 10, 11 and 13 were given the opportunity to listen to speaker Ian McClary, a representative working for Stonewall.

Over the course of the talk, Ian gave an insight into what it was like growing up as a homosexual in a society which shunned and ignored the validity of his sexuality. In an era where homosexuality was taboo, a notion to be feared and even criminalised, Ian was isolated from his family, friends, peers, and even his religion. Ian was so afraid to tell anyone about his sexuality that he wrote down the words 'I am gay’ and hid the piece of paper behind the radiator in his bedroom - this seems ridiculous to a modern audience, born into a society where gay rights have become almost equal to their counterparts, with gay marriage legalised and homophobia at an all-time low. However, this bleak image of a scared Ian facing a confusing time completely and utterly alone, paints a picture of silence - an agony conflicting Ian in his time of need. He was unable to turn to anyone for help, for fear of condemnation.

But as Ian grew up, and couldn’t stay silent, he began to tell close friends - he began to ‘come out’. To his surprise, while there were those who did judge and discriminate against him, he found that an open, honest approach was well-received by those around him and developed his confidence. Due to the movement started in 1989, gay rights eventually become increasingly accepted; through every riot, pride-parade and protest - eventually the LGBTQ+ community became heard. On June 26th 2016, this year, the supreme court of America passed the legalisation of marriage equality in all 50 states. From the young boy, alone in his room, confessing his homosexuality to a radiator, to the man touring schools talking about sexuality and gay rights liberation - the change is undeniable, the world has become a more accepting place and Stonewall is an integral part of this. A final congratulations are in order for Ian, who is getting married to his partner in June of next year.