Two years ago the exciting announcement was made that DCGS would soon be inviting both girls and boys into the school’s Sixth Form. Co-education has previously been a part of Challoner's expansive history, and has now returned to the school after 54 years. Following a huge amount of planning and careful deliberation on the part of the Sixth Form Team, last week we welcomed our new cohort into Year 12. Staff and existing pupils have worked hard to integrate new students into the DCGS community and make them feel welcome as they start their A Levels, both this month and at the start of summer in a fun-filled induction day, involving a variety of team-building games. 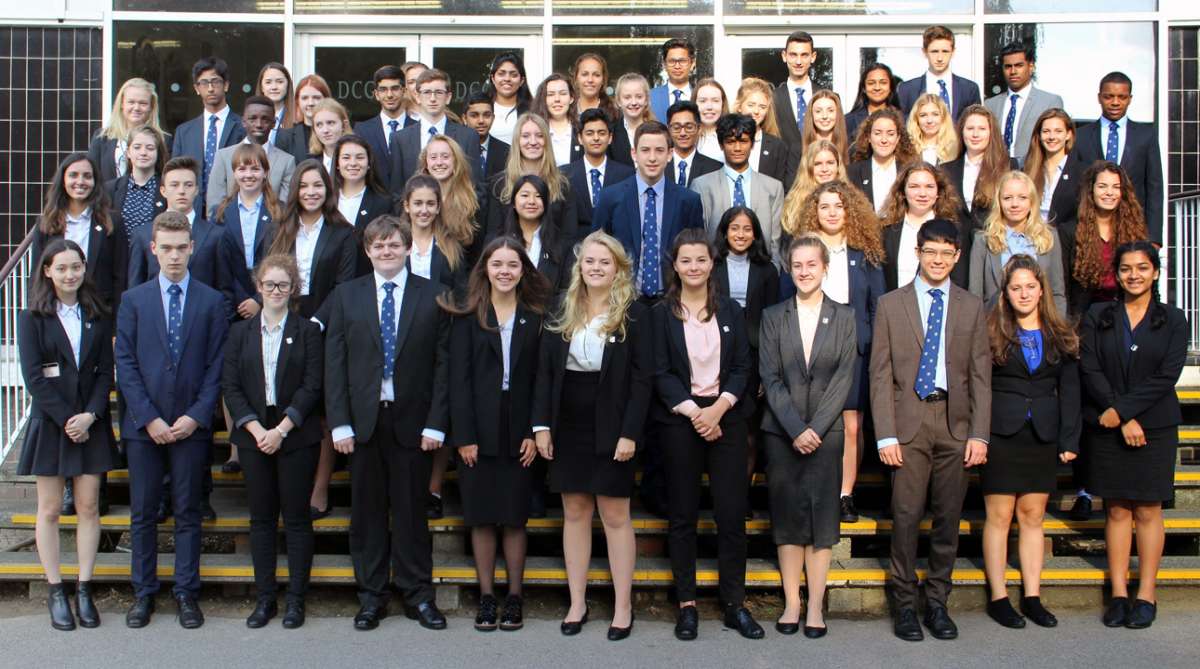 Our 58 new students (41 female) have already warmed to DCGS and are thoroughly enjoying the Sixth Form centre - and working over a coffee in Cafe Africa. It has been a pleasure to hear the buzz of students both old and new talking over lunch, with James O’Brien in Year 13 describing how 'the willingness of all students to get involved has really contributed to a positive environment'. Although some of the Sixth Formers slightly resembled lost Year 7s in their first day, existing students have been very accommodating in helping them settle in and find their way around. Sophia Arkley commented that, 'All the boys have been really nice and supportive. The move to a co-educational Sixth Form was very comfortable.' Charlotte Black said that, 'After only a few days I already feel settled in – the staff and students are so welcoming and I’m looking forward to spending the rest of my school time here,' while Charlotte Musa said, 'I’ve already seen so many opportunities the school offers and I’m excited to take full advantage of them!'

The new students are studying across the full range of available subjects, from Languages to Humanities to Science and Further Maths. The sporting opportunities have also been well received: the first of many Wednesday afternoon Games lessons has been a testament to the success of the move to co-education. Boys and girls alike made full use of the extensive DCGS facilities, enjoying a variety of sports such as badminton, running and even climbing, whilst the Sports Team have been particularly excited about fielding a team in DCGS’ first ever netball match in the coming week.