Sam Henning, who was a successful cross country runner, is now one of DGCS’s top cyclists after bursting onto the scene recently. Riding for Challoner's he achieved first place in the George Herbert Stancer National Championship Final, after having won the district qualifiers earlier this year. The event was a 10 mile time trial with 131 riders competing. Sam stormed it with a time of 20 minutes and 21 seconds, shattering the previous record of 20:41, set by Alex Dowsett in 2005, and also finished a full 17 seconds ahead of the 2nd placed rider. 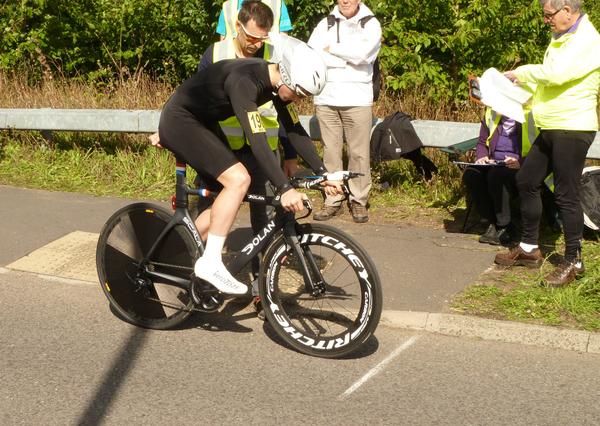 A week before, Sam had finished second in the Junior RTTC National 10-mile Championship but managed to go one better here and have the honour of being champion and record holder. This bodes well for Sam’s career in cycling since Alex Dowsett has since gone on to be a very successful international cyclist as four times national, and once commonwealth, time trial champion. We wish Sam the best for the future.