We were very fortunate this week to have Ali Sparkes, children's author of nearly 40 books, make a return visit to DCGS, following the good impression made during her summer term visit. A winner of the Blue Peter book of the year award, she certainly has literary credentials, so who could be better to give Year 10 a writing masterclass; explaining the thought processes, mindset and life of an author.

Sparkes explained how her love of reading and writing began, with weekly trips as a young girl to the library to hear stories and create collages with dried pasta shapes. When someone eventually introduced her to a book to read for herself - Five go to Smugglers' Top, by Enid Blyton - she became inseparable from them, reading the entire Famous Five series and then many more.

She then began writing, producing a first book and its three sequels, all featuring - in the Enid Blyton vein - some children, some baddies and many tea-breaks. The novels were all rejected by the publishers, but as an adult Sparkes began writing again, and this time the publishers took notice. She has since written 38 books, some in series like the Shapeshifter set of novels that Sparkes debuted with, and stand-alone novels like Frozen in Time. 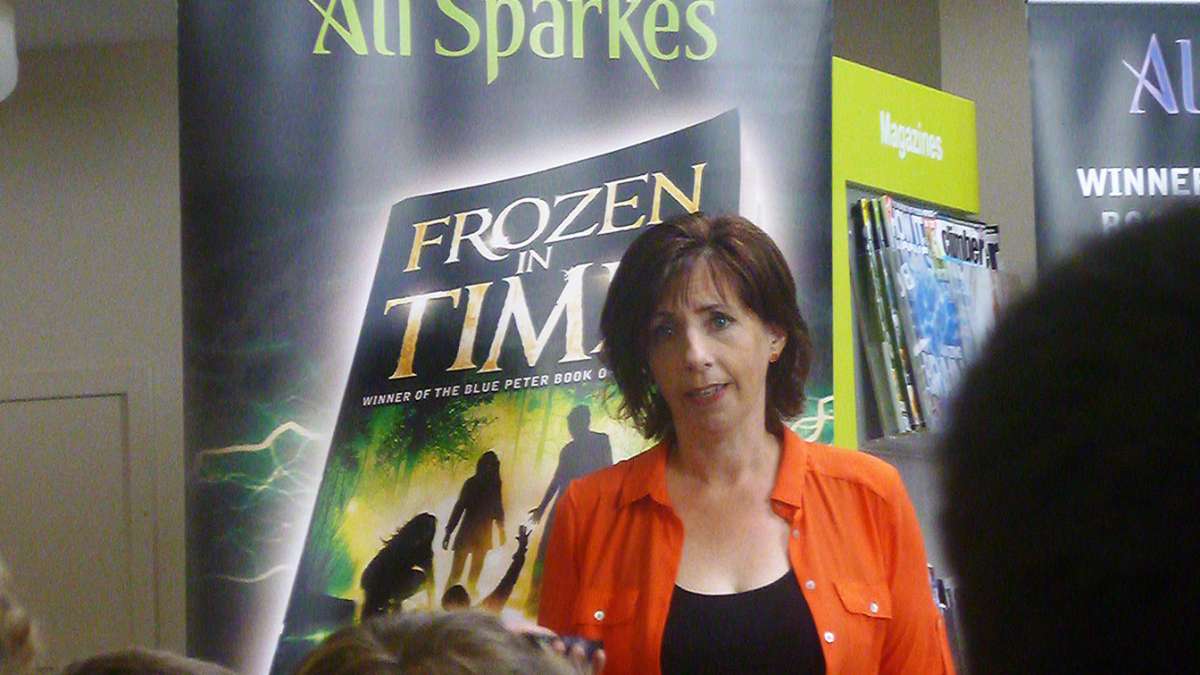 As well as her interesting talk, Ali Sparkes gave us all an activity. Video games are, undoubtedly, a prominent part of childhood, and Sparkes had observed another another growing phenomenon: video game novelisations. Authors are increasingly frequently being asked to contribute to video games; making the plots better, and also putting the story in book form. With this in mind, we were asked to write a 'mash-up': a video game merged with a real-world place, person or time. From this, many fascinating creations were spawned, including seeing both Call of Duty and Slender Man at DCGS.

The visit was an excellent opportunity for a new perspective on English, with students engaging with creative writing in a novel and exciting way.