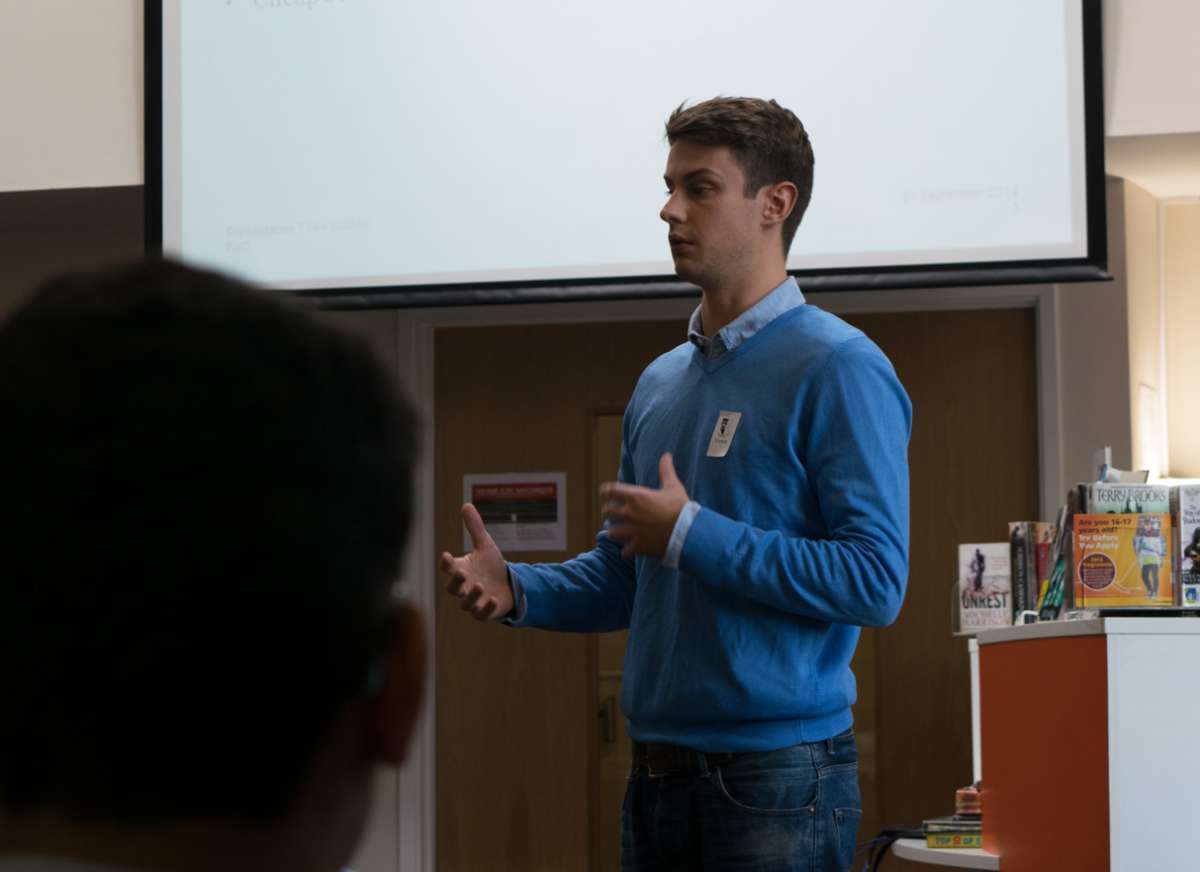 The world of accounting and finance is often perceived as mundane, but Old Challoner AJ Reus dispelled that idea in one fell swoop with a talk to a group of Year 12s and 13s.

AJ left the school in 2007 to study Business, Accounting and Finance at Newcastle University, and was immediately employed by PricewaterhouseCoopers (PwC), having spent some time in their London offices and been sponsored by them during his time at university.

He gave the students an idea of what university life, especially at Newcastle, would be like, telling them the pros and cons of campus/city universities as well as why Newcastle, not least because of the cheap beer, was a great fit for him despite being a reasonable distance from Amersham. The idea of a sponsored degree course was explained to the group, as well as why PwC was a great place to start work.

Questions were answered happily, with AJ responding to questions about his starting salary, requirements to get on the course, and other universities which offer similar programmes amongst other things.