A Chess Champion in our Midst 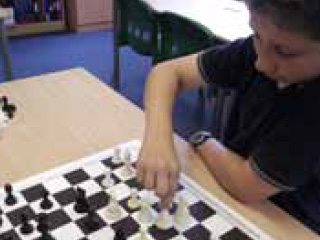 Will Claridge-Hansen, currently in year 10, will shortly compete in the European Chess Championships, which is being held this Saturday in Montenegro, Southern Europe.

Will has played chess for about eight years and inherited his talent from his dad, who is also an enthusiastic chess player: it must run in the family, as Will says his brother sometimes plays as well. Whilst this will be his first European tournament, he has played in several national competitions before and is currently rated 12th in the ‘Under 14’ national category.

Although he says doesn’t expect to win, we’re sure he’ll do fantastically, and wish him all the best. Good luck, Will!