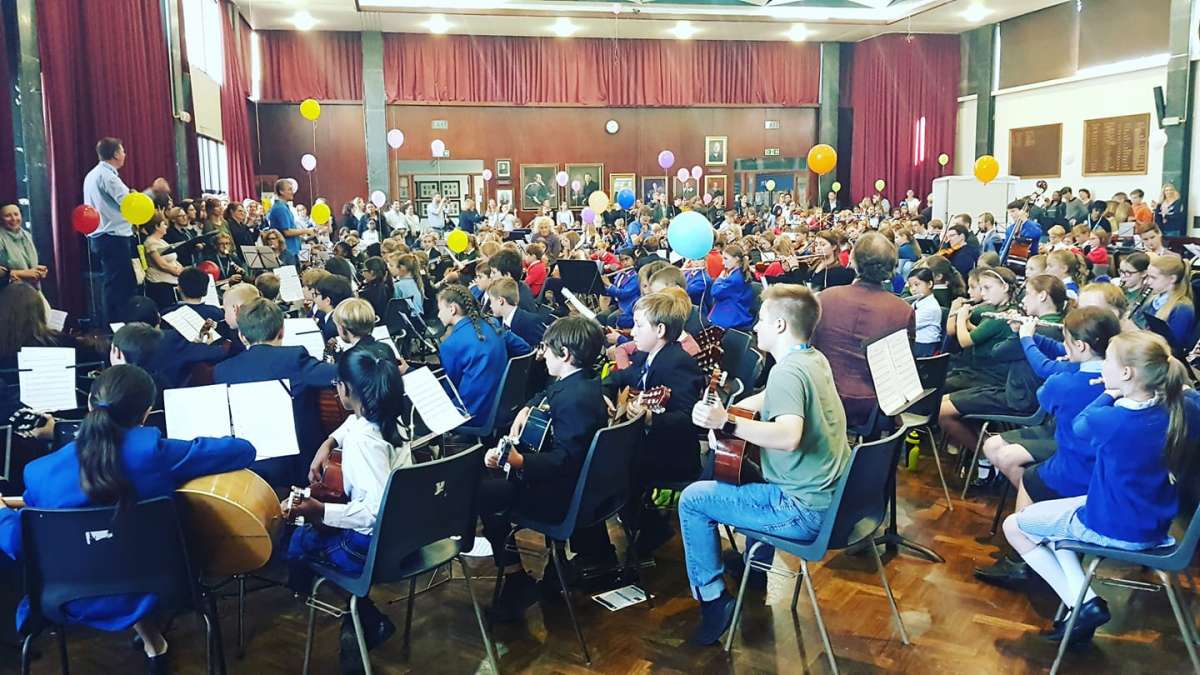 It must have been a sight to watch a group of Year 7 boys, wielding a large array of musical instruments, marching off to the Royal Grammar School in High Wycombe to take part in The Big Noise. Our students almost represented a full orchestra by themselves; from small flutes fitting neatly into backpacks to giant cellos which were taller than the students themselves!

The Big Noise is a musical extravaganza that takes place annually and is organised by the Chiltern Music Academy (CMA). It brings together school-aged musicians from Years 3 to 7 from different schools around the area to play music in what is ‘the biggest orchestra in Bucks’. It enables young musicians of all different abilities and playing all sorts of instruments to create music together.

On arrival we were split into nine groups - I play the saxophone and was put into group 'Supersonic' along with students from other schools. Other groups were Guitars 1 and 2, Percussion and more. Groups learned their own song that they played by themselves, and one big song, The Big March, that we all played as one. Every group had its own room to practise in. We worked for the whole morning and a small part of the afternoon, preparing for the grand concert at the end of the day. Even though nobody had seen the music before, by the end of the day you would have thought we had been playing together since birth.

Finally, at the end of the day, after hours of hard work and fun, we all congregated in the main hall to play in the concert. There was a buzz of excitement in the room as the audience began to filter in. All of the groups played their individual songs and when they had finished, we played the main song. There was a short hush as it concluded and then the audience burst into applause. This was a great day and we would like to thank Mr da Silva and Mr Tansley for coming and performing with us.