This week, around 20 Year 10s all went to Wembley to watch England play Slovenia. We enjoyed it, especially when a paper plane flew past Joe Hart and into the England goal!

We first took the train to Wembley Park Station, and when we got there Wembley was all lit up and the crowds were bustling. We saw the vaulted building - Wembley Stadium - and caught a glimpse of the neighboring high-rise buildings.

Once we got into the stadium we found our seats, bought something to eat and drink, and sat for the match. The first half was intense, as we all were waiting for a goal, though Slovenia’s goalkeeper was a good one. All the shots that were on target, he saved.

Throughout the first half, England progressed well, fouling less than Slovenia. England were only issued one yellow card throughout the entire match and Slovenia were issued three in the first half! Luckily nobody had the misfortune of receiving a red card. 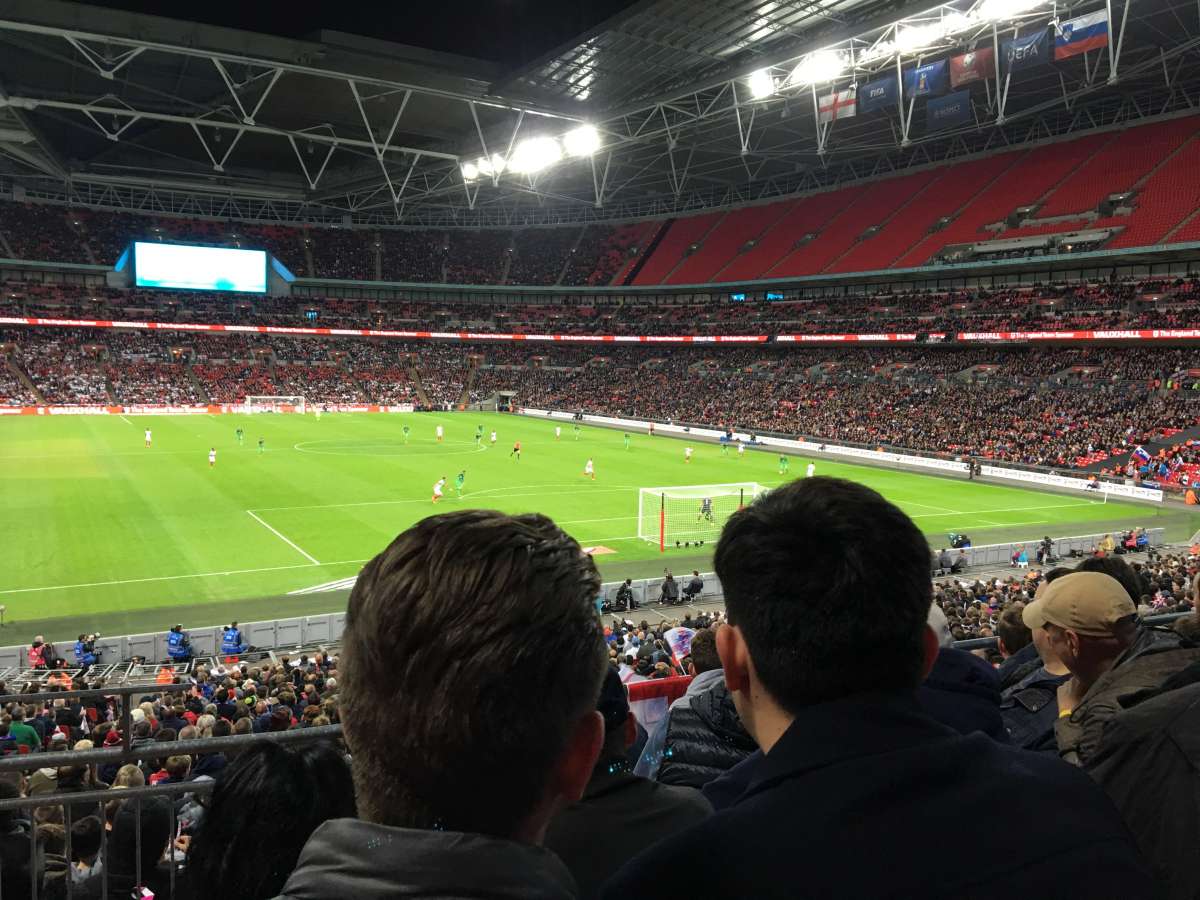 The beginning of the second half was still intense, with no goals yet, the crowd were wondering whether either of them would score! During the middle of the second half, some members of the crowd made paper aeroplanes out of their tickets and threw them. A lot of them landed in the corner of the football pitch. One paper plane, thown by an England fan in the rows above us, hovered about the same level above the pitch for some time (due to its large wings) and as it lost altitude, it made a circle around Joe Hart and then flew right into the goal! The crowd went mental!

During the last five minutes of the match the tension in the stadium was so thick you could cut it with a knife. Nobody had scored and the crowd did not want to leave the stadium without a victory. Then, saving the night, Harry Kane scored and all fans of England went wild! the last few minuets ticked by, with strong efforts from both sides but the score was left at 1-0 to England, a victory! England managed to redeem themselves with this goal and the low amount of fouls compared to Slovenia (11 total).

In the end, it was a great trip that we all enjoyed, especially the paper plane