Established in 2001, ‘Les Enfants Terribles’ are a theatre group whose use of light, sound, puppetry and the telling of dark tales have made them a theatrical force to be reckoned with. The successes of their immersive theatre shows such as Alice’s Adventures Underground in the Waterloo Vaults and their travelling theatre shows like the Magical Menagerie have established them as a fantastical alternative in theatre. The Terrible Infants was no exception and the Year 13s on the visit certainly enjoyed the performance.

A little alleyway in the borough of Tower Hamlets will lead you to Wilton’s Music Hall, a deceptively large theatre considering the modest exterior. 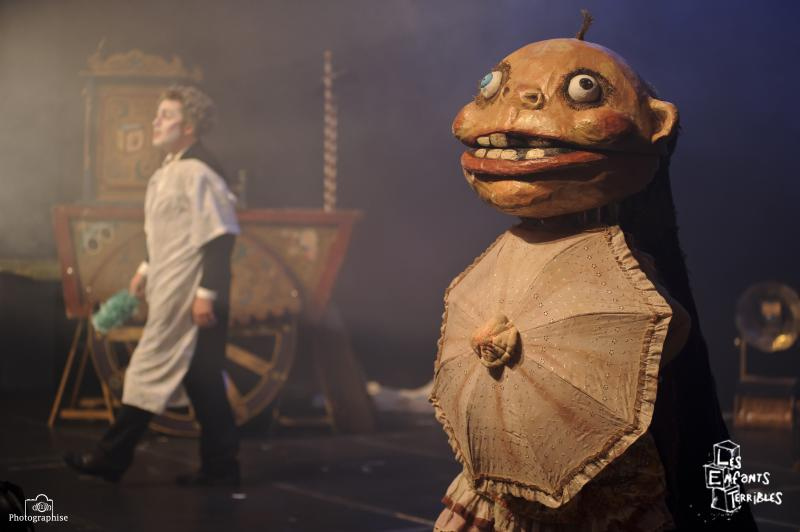 The stage was set with piles of miscellaneous items; suitcases, books, umbrellas and clothes, some of which became costumes for hideous creatures in the stories. The umbrellas became the ever growing stomach of the greedy Tum, who ate his mum, and a painted bin became the parents of a little boy who wanted to be a fish. Impressively the narrator opened the play by climbing out of a suitcase that on further inspection was genuinely just a suitcase and not a box over a trap door. This was made even more impressive by the fact that the actors were all on stage, hiding in their various places before the show started, meaning the narrator had stayed in the suitcase for a good 30 minutes! The individual stories about the various wayward infants were interspersed between the story of Tilly and her tall tale, the telling of which resulted in her growing a real tail. 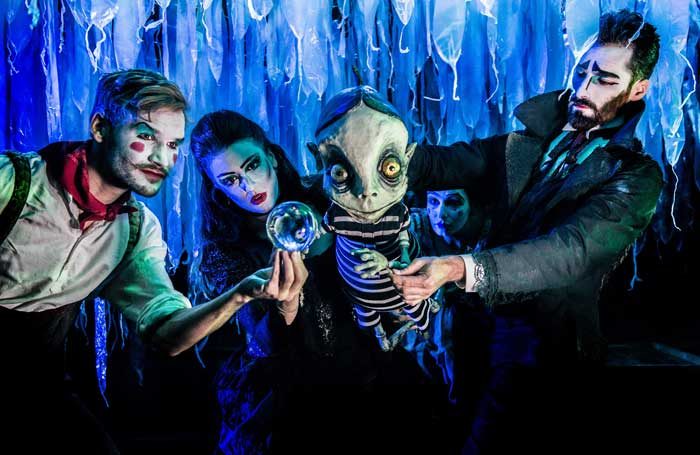 The joy of the different narratives was the variety of styles in which they were told. From a long section underwater where the boy who wanted to be a fish swam chasing a glass bubble, to the shadow puppetry of Thingamyboy whose shyness led to his own reflection forgetting what he looked like- something truly traumatic for anyone to go through. 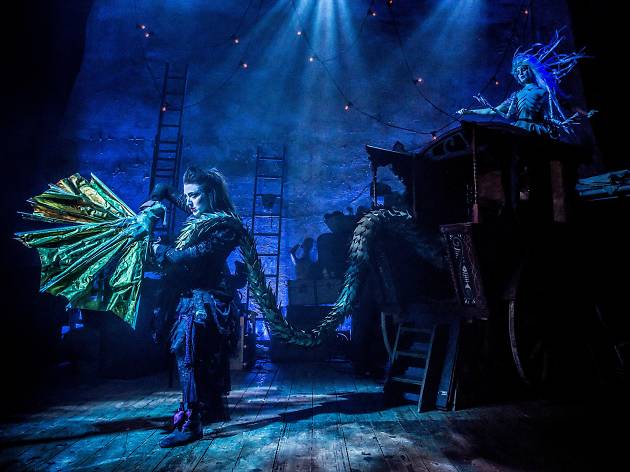 Equally impressive was the music; every cast member played at least a couple of instruments, and it seemed as though one actor played the clarinet, guitar, drums and sang as well. The play was akin to traditional storytelling, telling the tales through music, song and dance, and this made it a truly enchanting piece to watch. The mix of narratives also made it more interesting thematically; the cautionary aspect remained the same but the nature of the story had the ability to shift from light humour or even gross humour, to pensive and touching stories with unhappy resolves.

The general consensus on the show from the group was overwhelmingly positive, there were even talks of a tribute show from Challoner's... watch this space.