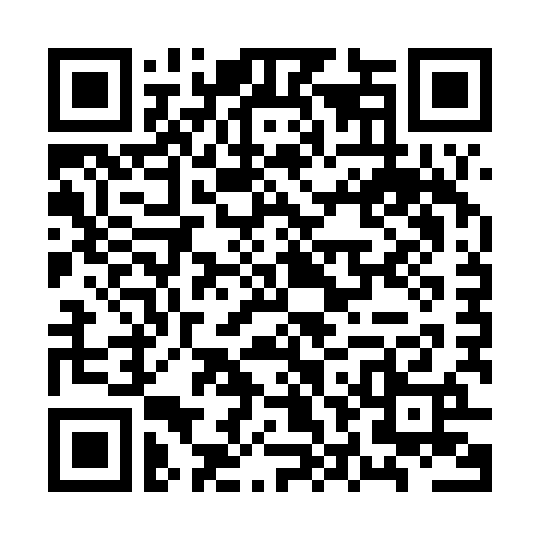 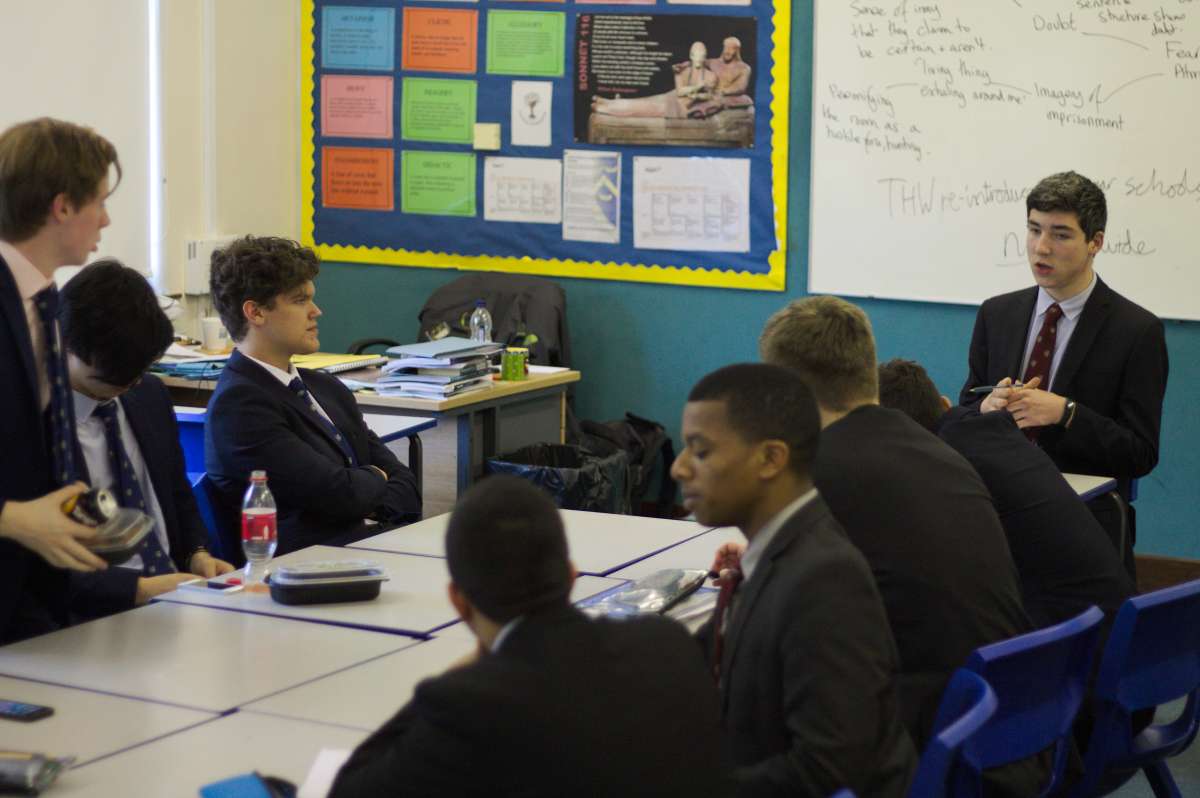 With some teams starting to string together good results, but others on losing streaks, this week provided an opportunity to make a statement before the half term break. The motion debated this week was 'this house would re-introduce grammar schools nationwide'.

The first debate saw long-standing pair Daniel Cox and Soorya Thavaraj take on the fan favourite Oliver Hardman and Jeyoung Ryou, a lone Sam 'Slane' Lane, and finally the pairless Tom Fleetwood-Law. The debate opened at a slow pace, with both the proposition and opposition feeling out where the debate was heading. By the time the third speakers came to put their points forward, the debate was a fiercely competitive affair. School Captain Oliver spoke eloquently on how grammar schools fuel an elitist society, claiming Waitrose cards have become the norm rather than the exception. This was well rebutted by Soorya and Dan who assured the judge that it was more than possible to get into a grammar school without having to pay for tuition. In the end, numbers proved critical and Soorya and Dan won, whilst Ollie and Jeyoung came second. Sam and Tom were at a severe disadvantage as they were both on their own, but they put up a good fight. 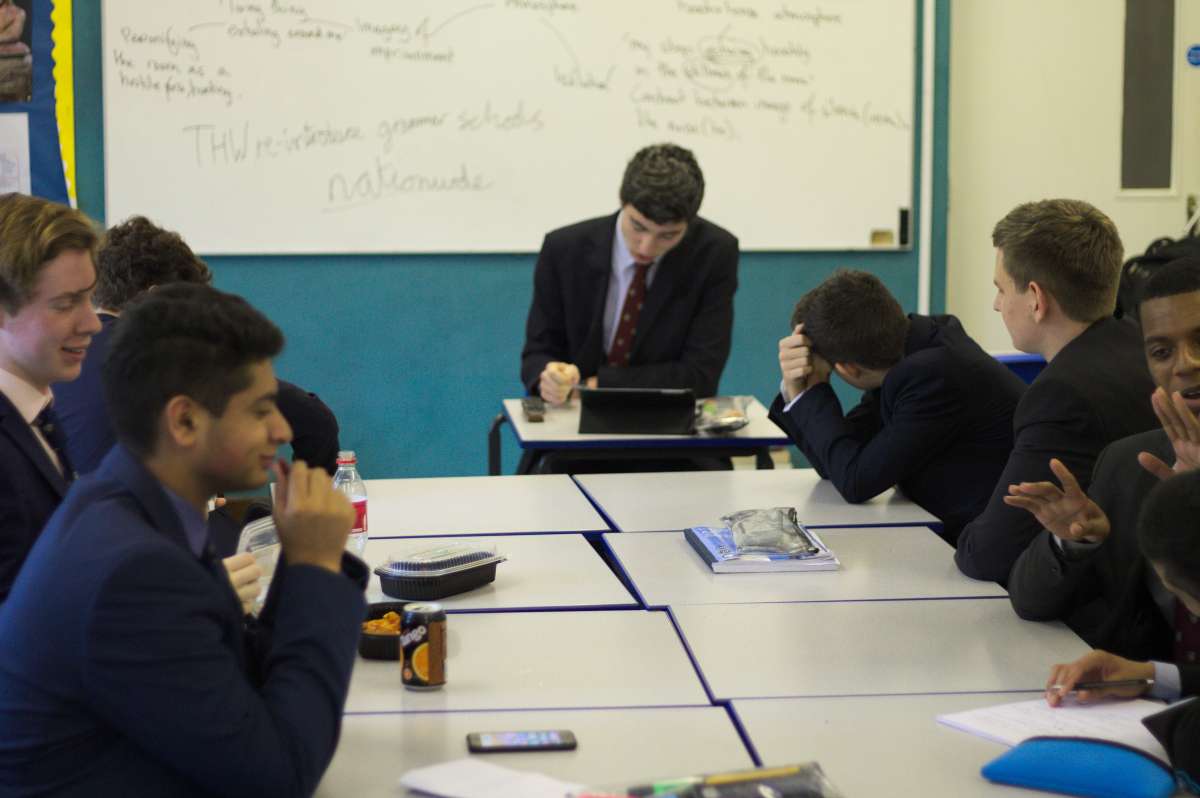 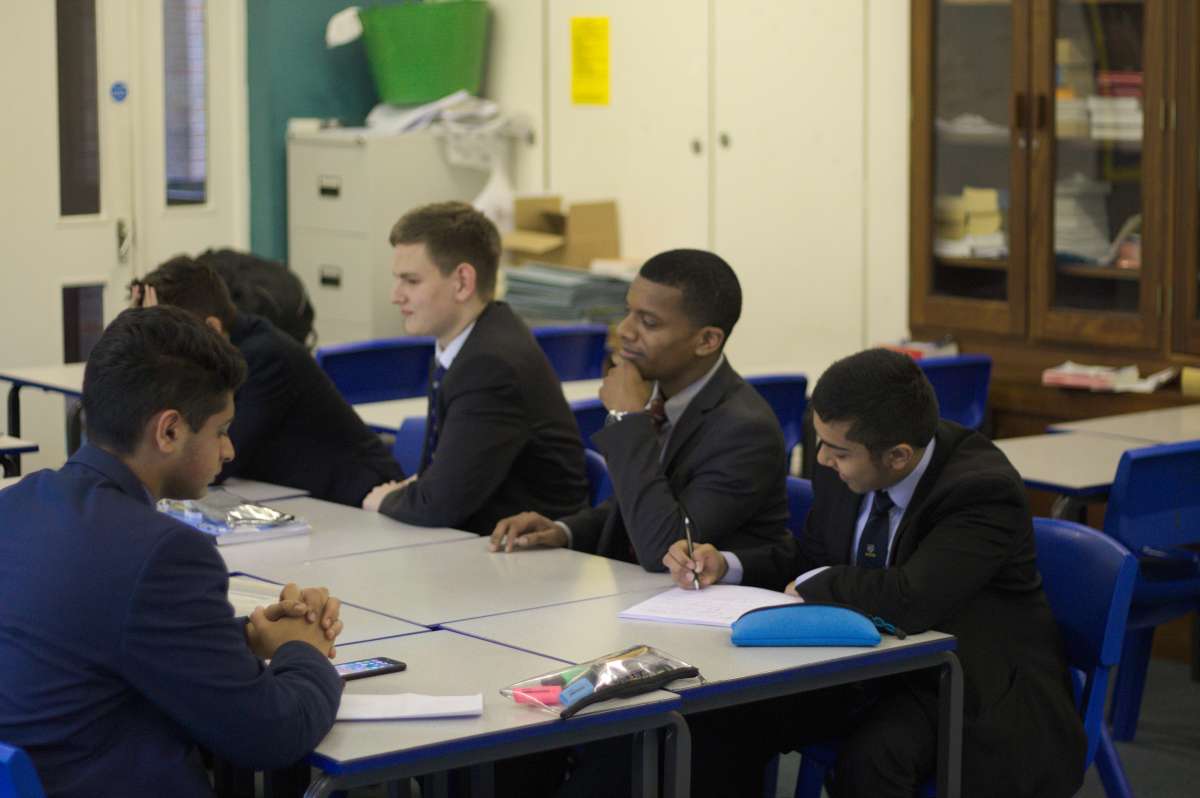 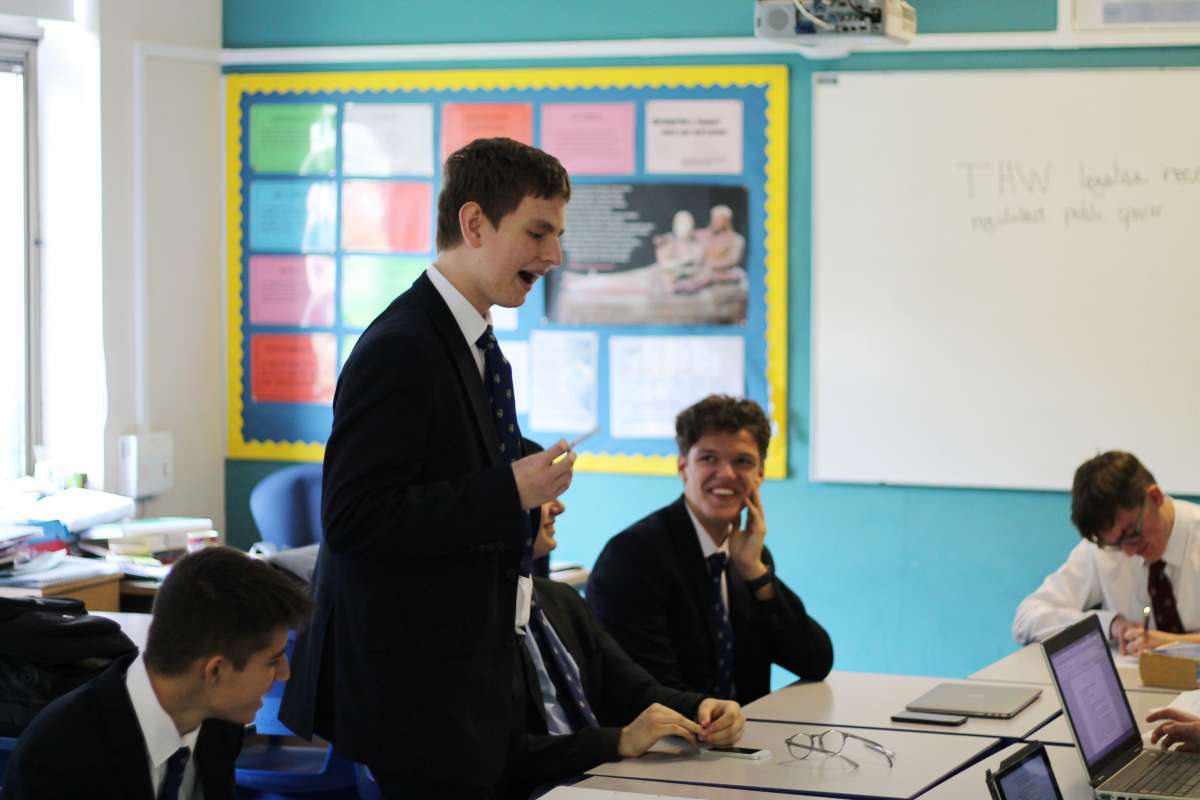 N2's Thursday debate saw a clash of some of the most on form teams in the league. Mo Karim and Sam Howells took on Redford Denson and Chris Heighes, the formidable pair of Ishaq Usama and Osama Rahmathullah, and Gianluca Abbate with Harry Franks. Redford opened with a questionable definition of the motion, saying there would be an entrance exam based on what children learn in school, not just Eleven Plus topics. However Harry and Gianluca were unable to capitalise on this mistake - no 'Abbate special' this week. As with the Monday debate, it really picked up in the second half, with stunning summary speeches from Mo and Osama. That speech earned Mo and Sam the win, closely followed by Redford and Chris, and then Ishaq and Osama. Recent rumours suggest this may be Ishaq and Osama's last debate as they go on to pursue further endeavours. They have been on fire since September 2016, striking fear into opponents with their unpredictable style. Ishaq is able to make points others didn't even know existed, and the Osama summary speech is a thing of legend. We wish them well with all future pursuits and they will be missed.

The final debate of the week saw leaders Matt Dagnall and Tom Franks take on the up-and-coming Adam Jenkins and Joe Dwyer, new pairing Findlay Scott and Max Pennington, and Kit Haworth and Barney Brooker Mays. Unfortunately, the new pairing weren't able to attend and so Dan Cox debated in both of their places so the debate could still go ahead. Tom Franks was also unable to attend, leaving his partner Matt to struggle through on his own. Adam and Joe made sensible points for the proposition, saying a grammar school environment is critical to helping intelligent students. Kit and Barney rebutted this with the classic argument that it isn't a fair system as you have to pay for tuition. The debate got extremely heated in the latter stages as good friends turned enemies, Matt and Dan, battled it out making two speeches each. Etiquette was a second thought at this point, with some reckless points of information and even occasional interuptions. As Dan was standing in, he wasn't awarded a position, but had he been a legitimate participant it was clear he would have won. However, it was Matt who prevailed to come first, with Adam and Joe coming an impressive second - a great end to the half term for the charismatic pair.

Going into the needed half term break, the table looks very interesting. Matt and Tom are at the top with a near flawless record, with Mo and Sam, and Adam and Joe being close behind. Chris and Redford have a game in hand on the leaders which could prove crucial. There are six teams all on eight or nine points in the middle of the table, with four other teams noticably trailing. Check back here after the half term break for updates.