This Tuesday, students in Years 8 and 9 watched the powerful and moving play Chelsea’s Choice. Performed by three playful and funny drama students and a teacher, the play was about a 15 year old girl’s diary that tells the story of how, after dumping her boyfriend, she falls into sexual exploitation. Piece by piece, the group of four looked back with retrospect to see what had happened and what she could have done to prevent it. 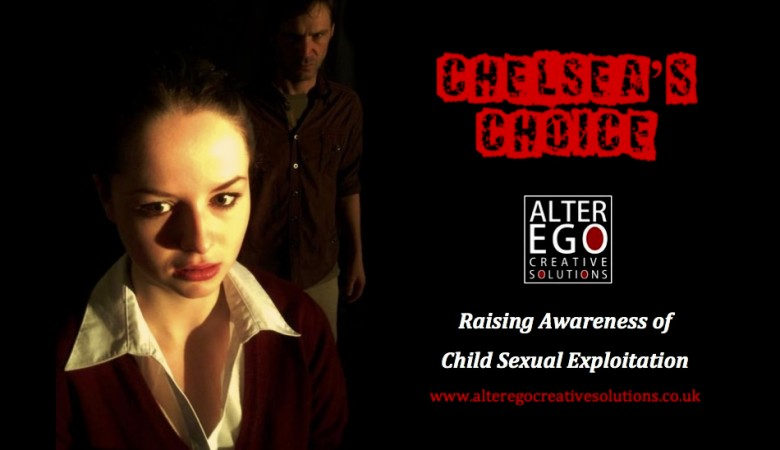 The play was opened with much joy and happiness, but it was a gripping story and soon it had become very sad and serious as Chelsea started to become reckless and careless, not assessing the risks of her actions.

Soon, she started skiving off school and met a man named Gary. To start with, she was so happy since Gary was really kind and treated her like an adult. Sadly, Gary wasn’t what he seemed and was just out to manipulate her which unfortunately she didn’t realise until it was too late. Throughout the play, the actors would pause the story and the students would explain their views and the teacher would tell us what was right and wrong in the story and what she could have done.

After the play, the actors gave some crucial pieces of information to us about all kinds of things, such as healthy and unhealthy relationships, who you can talk to and also most importantly just how true this story was. We were also each given a leaflet as we left which held information for us, to help us if we ever found ourselves in a situation like Chelsea's.

We all found the performance interesting and useful as it raised our awareness of this issue that we may face. It also educated us on what to do if we find ourselves in that situation and how to be aware of whether it is happening.

Many thanks to AlterEgo for performing this play and raising our awareness of this issue.