Sixth Form students travelled to Oxfordshire to visit the Joint European Torus (JET) at the Culham Centre for Fusion Energy. First opened in 1983, it was given the task of researching the possibility of nuclear fusion as a safe, clean and largely unlimited power source for future generations by the European Consortium for the Development of Fusion Energy. In fact, it is the largest tokamak - the type of machine required to carry out a fusion reaction - in the world, and the only operational one to produce fusion energy. 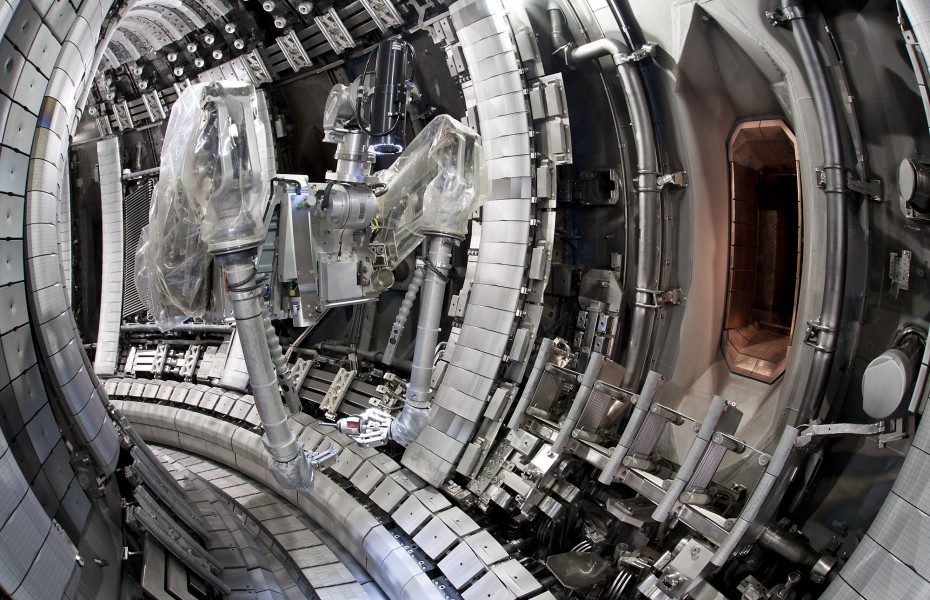 We began our tour with a look at how the reactor functions, before donning hard hats for a tour of the centre, visiting the control room to learning about the exciting research they carry out. For instance, in the instrumentation area, we learned that just one pulse produces up to 18 gigabytes of data for the scientists - in a somewhat exciting turn, we were able to witness a fusion pulse taking place, and saw a live feed of the reaction itself on a display!

Although JET does not produce net energy (Q=0.65: it makes 0.65 times the energy you put in), it is being used as a test bed for the worldwide-run International Thermonuclear Experimental Reactor in France, for which Q=10.

As expected, Challoner's students were full of questions for the engineers working there, all the while taking in the impressive scale of the operations and detailed information posters. One intricate display was a scale model of the reactor as it once was in 1983 before the extensive changes made over its lifetime.

All good things come to an end, and unfortunately so did our visit. Asking some final questions to the engineers, we were then led back to our minibus to head back home.

All in all, a great trip!