Want to know more about Geography at Challoner's? Find out here.

Battle of ideas at the LSE 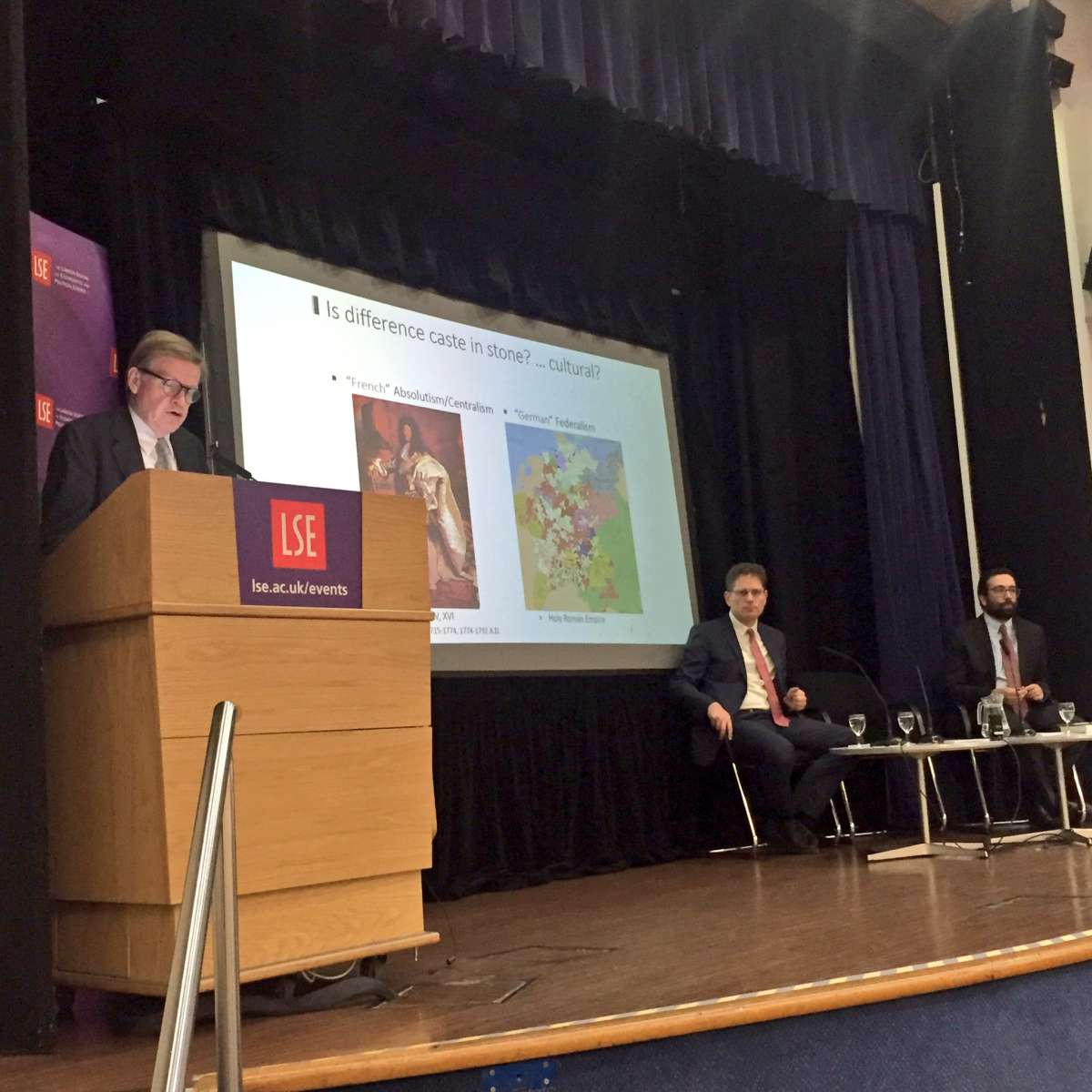 Following the economic difficulties in southern Europe, commentators on monetary policy are questioning why the Euro, perhaps the European Union’s greatest economic venture, is facing an increasingly uncertain future. This problem was the subject of a recently published book co-authored by Markus Brunnermeier, Harold James (both Professors at Princeton University) and Jean-Pierre Landau (a former director of the IMF and World Bank). A group of Sixth Form economics students were lucky enough to hear Markus and Harold discuss their book, the culmination of five years' work and vast academic experience, during an evening lecture at the London School of Economics before half term.

During the talk the speakers outlined how the inherent differences in economic ideology, as opposed to economic interests, between Germany and France have undermined the success of the Euro. Harold James provided an interesting historical perspective demonstrating how particular watershed moments contributed to a ‘Rhine divide’ between French discretion, liquidity and stimulus against the German desire for rules, solvency and austerity. This interweaving of economic and historical analysis provided a fascinating insight into the underlying causes of the current troubles facing the euro, as well as prescribing potential solutions through the availability of safe assets in the form of a European Safe Bond. Despite some new terminology and concepts introduced by the speakers, Challoner's students did very well to understand most of what was being discussed, especially as we were the only secondary school group in a lecture hall filled with undergraduate and postgraduate students, as well as other members of the public.

Overall the talk was highly worthwhile and an enriching experience by giving us the opportunity to listen to two eminent scholars talk about a contemporary issue at the forefront of macroeconomic debate, which could have a significant impact on future European policy. On behalf of all the students involved, I would like to thank Mr Laferton for organising the trip along with Mr Deakin who also accompanied us.