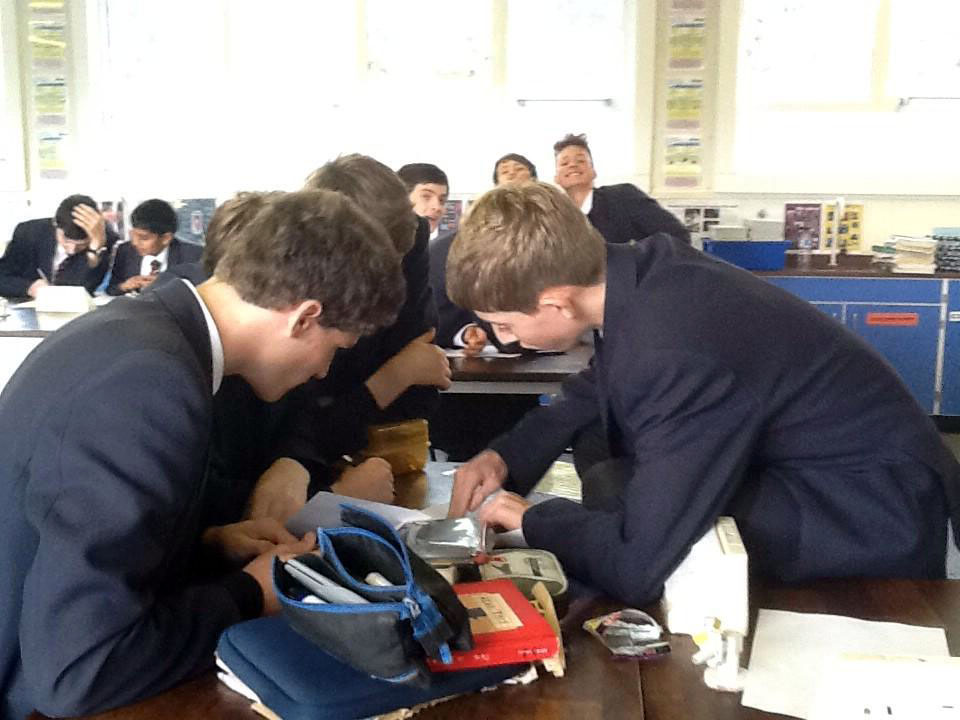 Every year the Royal Society of Chemistry holds a 'Chemistry Challenge' for students in Year 10. This year's preliminary round came in the form of a quiz, where students were allowed to participate in teams of four to compete not only against other teams in the year group, but across the Chilterns and Middlesex region.

Questions were not directly based on any curriculum, but instead served more as a general knowledge chemistry quiz designed to test the ingenuity of the teams. Whilst some parts were much trickier than expected, many questions achieved their aim of provoking engaging team discussions and, in most cases, drawing on knowledge from all four candidates.

Whilst entries for the preliminary round close on 24th November, we will be left in suspense regarding the success of our teams. The winner from the regional area will have the privilege of competing in the second round against the winners of the other three regions in South East England at a London university in Spring 2015. Regardless, it was a fantastic way to get students involved in Chemistry and all participants thoroughly enjoyed the challenge.