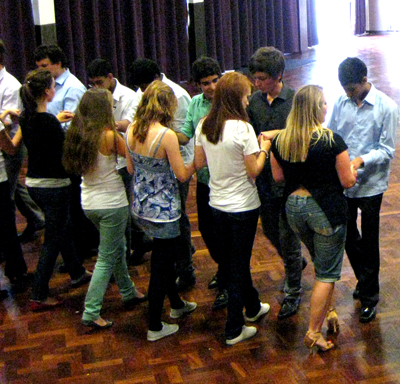 International Week was a great success. Monday morning heralded the refrain of the French National Anthem in place of the usual school bells, much to the surprise of students and staff! Indeed, a new anthem was heard every day as part of a Treasure Trail competition which got everyone in the school talking.

Other activities included French Boules, sizzling Cuban salsa sessions with DCHS and a keenly contested international quiz. Throughout the week everyone got the opportunity to learn some Serbian, Mandarin and Russian phrases, the Library Information Centre hosted a Star Wars film in French and we listened to a melody of tunes from around the world. And rumour has it there were Maths lessons in French...

International Week, organised by the Languages Team, is held in September every year, to celebrate the European Day of Languages, cultures and diversity. It builds upon our status as a Language College and an International School.