Dr Challoner’s Grammar School has put together this video, containing music performances by students across the school. This video has been sent to numerous care homes in the local area to assist residents who may feel lonely or bored during this challenging time.

Care homes have really struggled over the last eight months, not only due to the loss of residents via COVID-19 outbreaks early in lockdown, but also due to the loss of many of the activities for their residents. Volunteers were stopped from going into the care home at the end of March, as were visitors. Many residents haven’t left their care home since early March, or seen anyone other than the care home staff, and this lack of activities has been damaging for their mental health in addition to the physical threat of COVID-19. These secondary effects have been particularly difficult for those care homes that specialise in things like dementia, where allowing residents to walk around is common and they are more likely to be confused. Alzheimer’s UK also highlights the increase in stress and anxiety due to the new, often very strange routines to keep the residents as safe as possible. Events such as these music performances and also things such as virtual volunteering, for example speaking to residents over a video call, is incredibly important at this difficult time.

When Mr Colquhoun contacted me to let me know that a local care home had asked if the school would be interested in putting together some music or drama performances for their residents, I was very excited to put something together. Having spent Year 12 volunteering at The Croft in Chesham Bois, until I had to stop when lockdown began, I was glad to be able to do something to help the local community again. 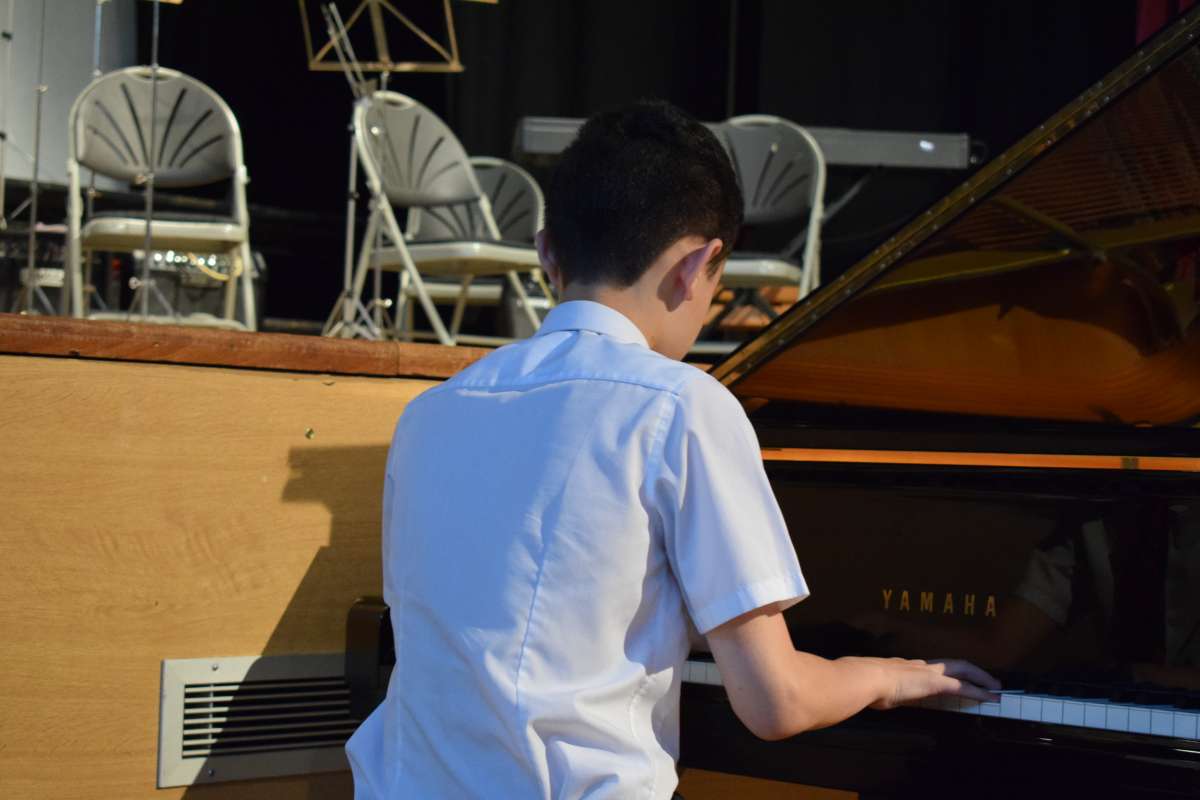 When I thought about how I was going to find musicians, I decided to focus on Sixth Form as it was much easier given the year group bubbles. I reached out to Year 12 and 13 through the Monday email asking for volunteers, as well as reaching out to Jazz Band and Sixth Form orchestra to see if they wanted to perform. We had two piano performances, a saxophone, a violin, a baritone horn and a flute and piano duet. We filmed all the performances, and edited them into one final video to be sent out not only to the care home that had reached out but also other local care homes that Sixth Formers volunteered at. The music played ranged from Bach to Debussy, from Herbie Hancock to Paul Desmond. Many thanks to Alastair Hughes, Ethan Tasou, Seamus Lloyd White, Emmanuel De Vidal, Jamie Bozier, Faye Corey and all the members of Sixth Form Orchestra and Jazz Band.

We hope to produce a similar Christmas concert to brighten the festive season in the coming weeks.