As preparation for the Mock Magistrates Trial, a handful of boys in Years 8 and 9 visited the Royal Courts of Justice.

The Royal Courts are a fascinating place to visit. The building was designed to look like a cathedral because the architect always wanted to design one! However, he was so religious that he made a deliberate mistake because he believed that only God could create something perfect.

Learning about traditional dress people wear was surprisingly interesting. We learned that the wigs that the magistrates wear originally came from France. The tradition arrived in England when Charles II returned to the country after he fled England when Cromwell killed his father.

The visit to the famous Bear Room was certainly a highlight, so-called because, when Queen Victoria first came to this room, she described it as a bear pit - a popular event at the time where five dogs would be put up against a bear to see which won. The benches in the Bear Room have pineapples carved into them to wish people good luck before their trial (pineapples were thought to be lucky). It is thought that if you rub one of the pineapples and make a wish, it will come true. 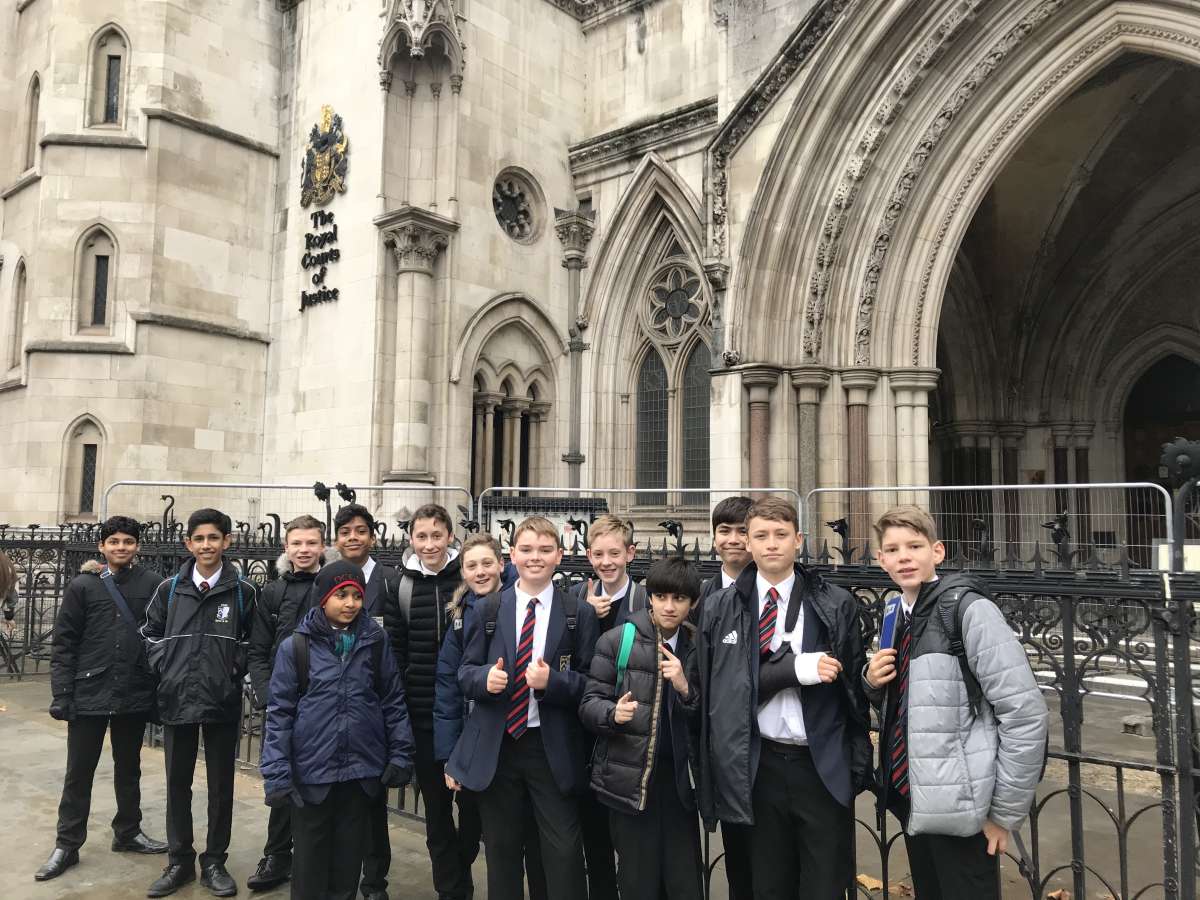 We also went to Lincoln’s Inn where all the barristers work. Back in the 1600s when Charles II reigned, they used to eat, sleep and work there. The barristers at Lincoln's Inn are one of only two groups who don’t have to stand when making a toast to the Monarch because when Charles II once visited and had a meal with the Barristers, everyone got incredibly drunk and couldn’t stand. As the King couldn’t leave until someone had made a toast, he just told them to do it sitting down.

Finally, we saw the Old Bailey. The Old Bailey now deals with serious cases like murder, but it used to be a prison in the times of William the Conquer. It was a luxurious prison for the few, not the many. If you had the money you could pay for anything in your prison cell (you had to pay for your food), but if you didn’t have any money then you would simply starve. There was one person who was so rich he had a family of six living in his cell!

All in all, it was a great experience, and I’d like to thank all staff involved for a great day out.