Studying inside the classroom is very different to studying outside of it. Our trip this time took us to a working, functioning Islamic Foundation, giving many people an insight and a peek behind the curtains into the religion of Islam. Around 40 students studying GCSE Religious Studies embarked on a journey to visit the Al Khoei Foundation. This quest of knowledge was preempted with my class preparing three questions to ask the imam (leader) of the mosque about Islam which I, for one, was most excited about. 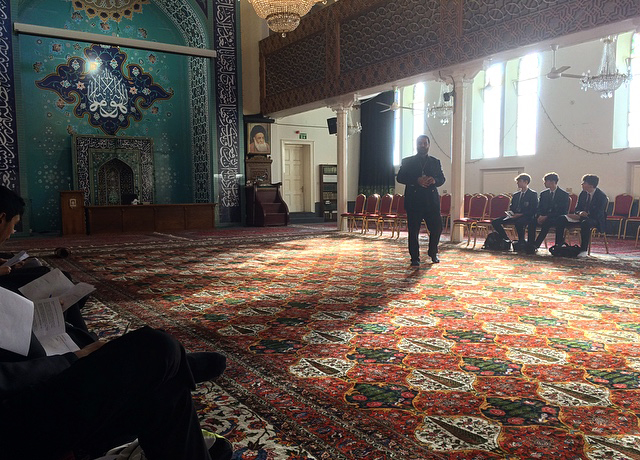 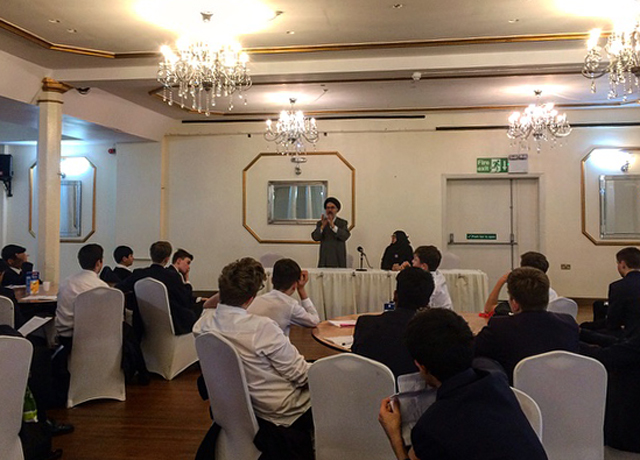 First, we had an introduction to the mosque and its committee and were shown the main prayer area. We were told the significance of many objects around the room and what it meant to Shia Muslims (Shia is one Islamic school of thought). This was insightful and interesting to know the reasons why some Muslims do things they do and helped us to understand more about this mosque. This included, some think, a rug that had been hand-knitted; it is estimated to be worth around five million pounds!

Next we were given a talk from the imam about Jihad (meaning 'struggle' in Islam). The imam cleared up concepts about ISIS and other misunderstandings about this term and its improper use. This was an important issue to discuss as the media has conveyed a different message about what Jihad means to Muslims.

After lunch it was time for the question and answer session. Many people had their questions ready and the imam and another member of the mosque were put on the spot to answer some of our questions. The main idea was to get to know more about this religion from the people who are part of it and to clear up misconceptions about Islam. This is a key area that in most cases is unachievable in lessons and so was a great enriching opportunity.

Finally we headed to the institution’s headquarters, in charge of their works in places around the world including New York, London, Montreal, Islamabad and Qum.

This had been an exciting, enjoyable and insightful day out to see and explore Islam outside the classroom. Thanks to all staff involved in organising and running this trip.