Men with a Mission 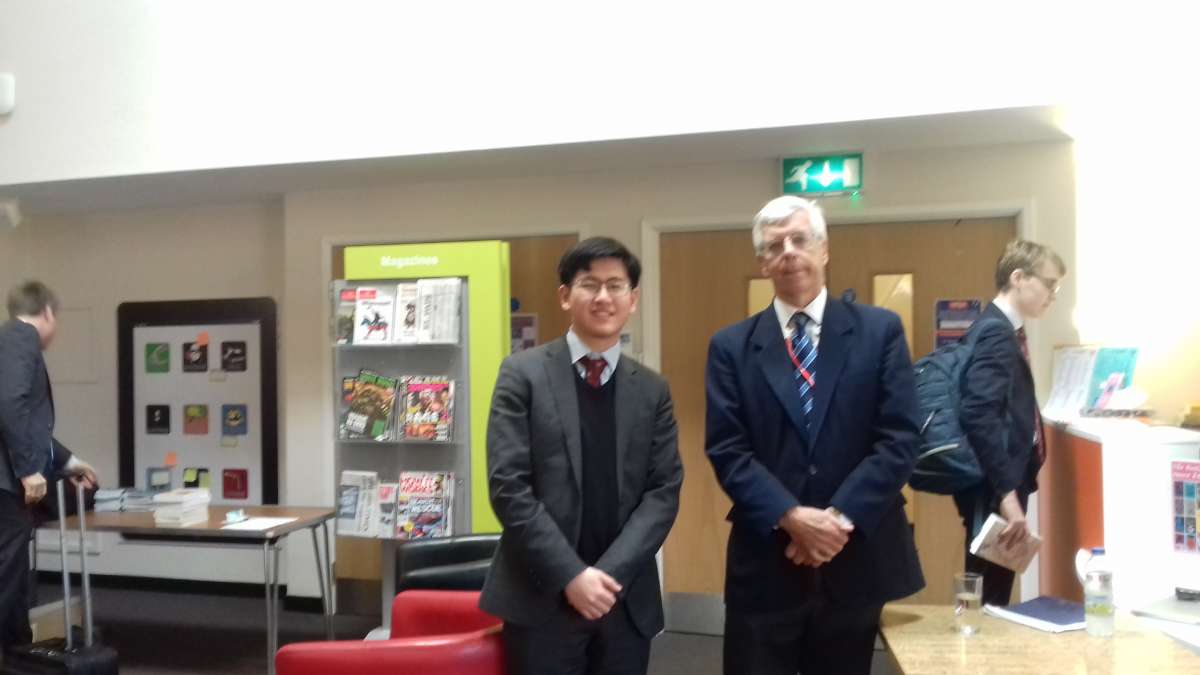 We had really tried to pull out the stoppers on this one. The Christian Union Mission Week had been in the pipes for weeks - weeks of consternation and thought, of late nights and worry. Posters had gone up a fortnight prior - a whole week of advertising, of notices in pigeon holes, speeches in assemblies. It had come.

The lineup of lecturers was impressive, to say the least. Two doctors from Cambridge with published books, a doctor and a theologian from Oxford.

On Monday was Dr Denis Alexander, a biologist who had spent decades in the field, studying neurochemistry, then immunology. Dr Denis spoke of two main points - firstly, general revelations, and then more directly, whether the natural world pointed to the existence of God. He began with the wonder of nature - how the beauty and order of the natural world sometimes seemed to reveal the existence of God to people, giving two examples of people he had known who had met Him this way. The main bulk of the lecture was made up of the other point - how theology looks at the world. He first mentioned the quite common ‘god-of-the-gaps’ argument that is used against theism. He says that many simply state that ‘this is a mystery - we don’t understand - so that’s God’s bit’, that our lack of knowledge is our reason for believing in God. To refute this, Dr Alexander referenced Augustine of Hippo, an early church father, who said that ‘nature is what God does’. He says that ‘God does everything’ - God is the creator of all. It is ridiculous to say that our lack of knowledge proves something - indeed, many of the early scientists were Christians, to find out what world He had created. According to Dr Alexander, God is the ‘Primary Cause’; the ‘author’, and everything else exists by ‘Secondary Causes’. Ergo, there is no contradiction in science and religion - the good doctor is a supporter of evolution. Science sees how the world is - ‘explor[es] what God does’ - theology sees things from ‘a different window’ - the same reality, a different perception.

The second day was a physics-based talk by cosmologist Revd Dr Rodney Holder, who had studied mathematics and theology, with research into astrophysics. Again the ‘god-of-the-gaps’ argument was mentioned, the foremost a rebuttal of Christianity as given by Dr Stephen Hawking. His key rebuttal of this was the ‘fine-tuning argument’. In essence, the world is too finely tuned to have come about of its own accord - by chance. If gravity had been the smallest bit too weak, particles would have spread out too quickly to make elements, if the smallest bit too strong, it would have collapsed upon itself. The probability of gravity being just right for life by random is 3x10-37. Revd Dr Holder also noted that it was increasingly improbable that life would come about if the universe was self-perpetuating - that is, if a Big Crunch occurred and the universe began anew. This is due to the Second Law of Thermodynamics - everything goes from a state of order to a state of disorder. If our lecturer were to have dropped his cup of water, it would not have ‘jump[ed] back onto the table’.

Wednesday was led by Dr Callum Miller, a medical doctor of Oxford. This was a whopper of a lecture - on the problem of evil - ‘How can a good God allow suffering?’ First was given the premise - God being ‘all-loving and all-powerful and all-knowing seems to be a problem’. The emotional problem of evil was presented - when we feel evil, how can a good God exist?. Dr Miller responds firstly by stating that we do not understand everything. Just because we do not understand something does not mean that there is not a reason for it - ‘I have no idea how aeroplanes work - I even watched a video on YouTube… I still don’t believe the science.’ ‘I don’t… disbelieve aeroplanes’. The example of vaccination is also given - small children do not understand why they are going through pain, but there is nonetheless a good reason for it. Furthermore, Dr Miller says that this suffering has been suffered in solidarity by God - by Jesus on the Cross, who is clearly and historically recorded. 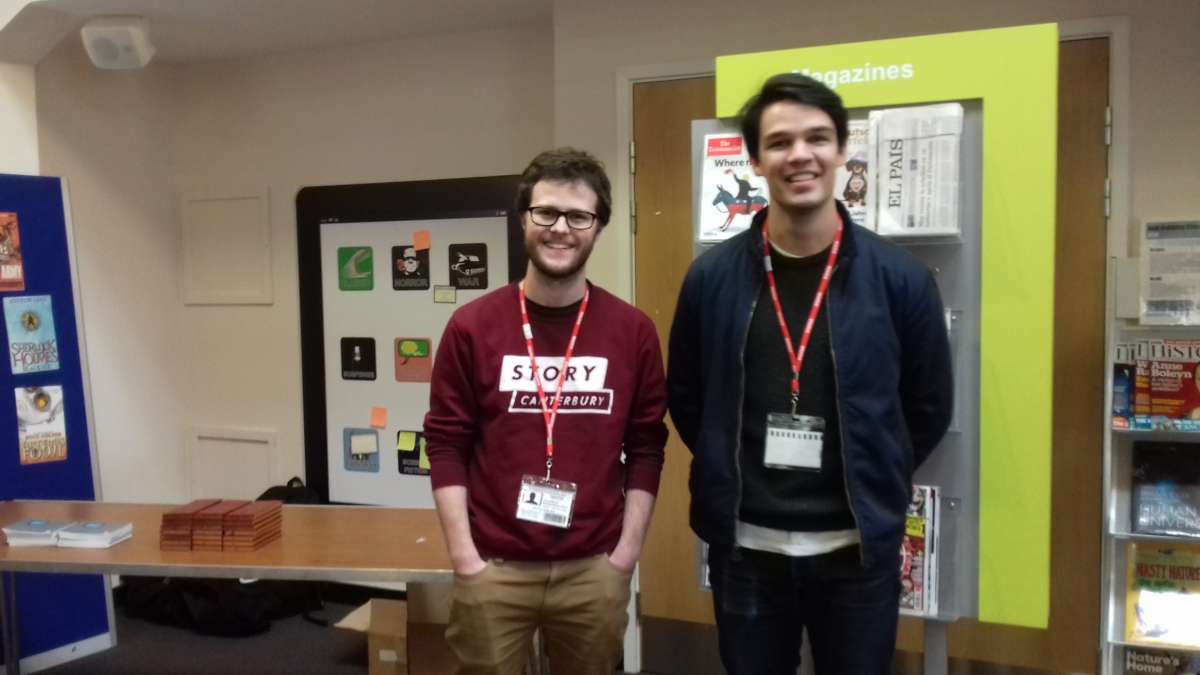 A direct reason for evil was free will - good and evil must be of our own choice, otherwise our actions have no value. Secondly was that for certain virtues, evil must exist - they are more meaningful with evil, and some could say that they could not exist otherwise (how could one be charitable if everyone was in comfort?). A Q&A was taken by Dr Callum, and Alex Stark, theologian extraordinaire.

To round off our week, we had Mr Alex Stark, an Australian theologian of Oxford, on the question of the Trinity. How can God be the Father, the Son, and the Holy Spirit? Mr Stark says that God is ‘one being’, but ‘three persons’, illustrating by way of a humorous example. Mr Stark’s great-uncle was Mr Tony Stark, businessman and Man of Steel - sorry, Iron Man. Tony Stark is one being - one physical being, but he inhabits two persons - that of the businessman, and that of Iron Man. Hence, we see that it is not the physical that truly matters, but the emotion - the person. So it is with God. The Q&A today was much more populated - Dr Callum, Mr Alex Stark, Dr Max Baker-Hytch, who teaches philosophy at Wycliffe Hall, Oxford, and Ms Leia.

Friday was the time for burning questions to be asked - to ‘Grill a Christian’, as in the days of yore. On the bench were Dr Callum Miller from Wednesday, Mr Alex Stark from Thursday, and our very own Jeyoung Ryou (Year 13), the current student leader of Christian Union and the diligent organiser of the whole week. It was an hour of intense discussion, of trial and reason; of answers. Questions such as ‘How did you become a Christian?’, and follow-up questions for those who had not found time during the Q&As of the past four days.

An utterly exhausting week - we had been through both scientific and theological questions about the nature of Christianity. It was, safe to say, both exhilarating and deeply thought-provoking. 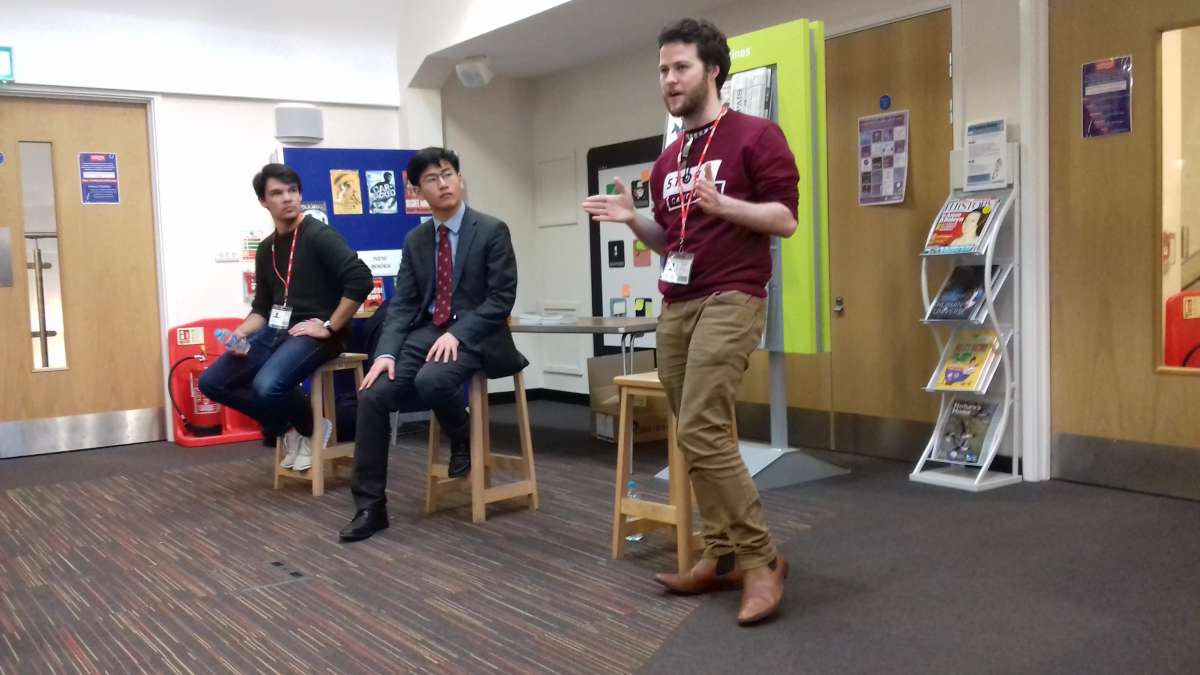