Debating in Another Language 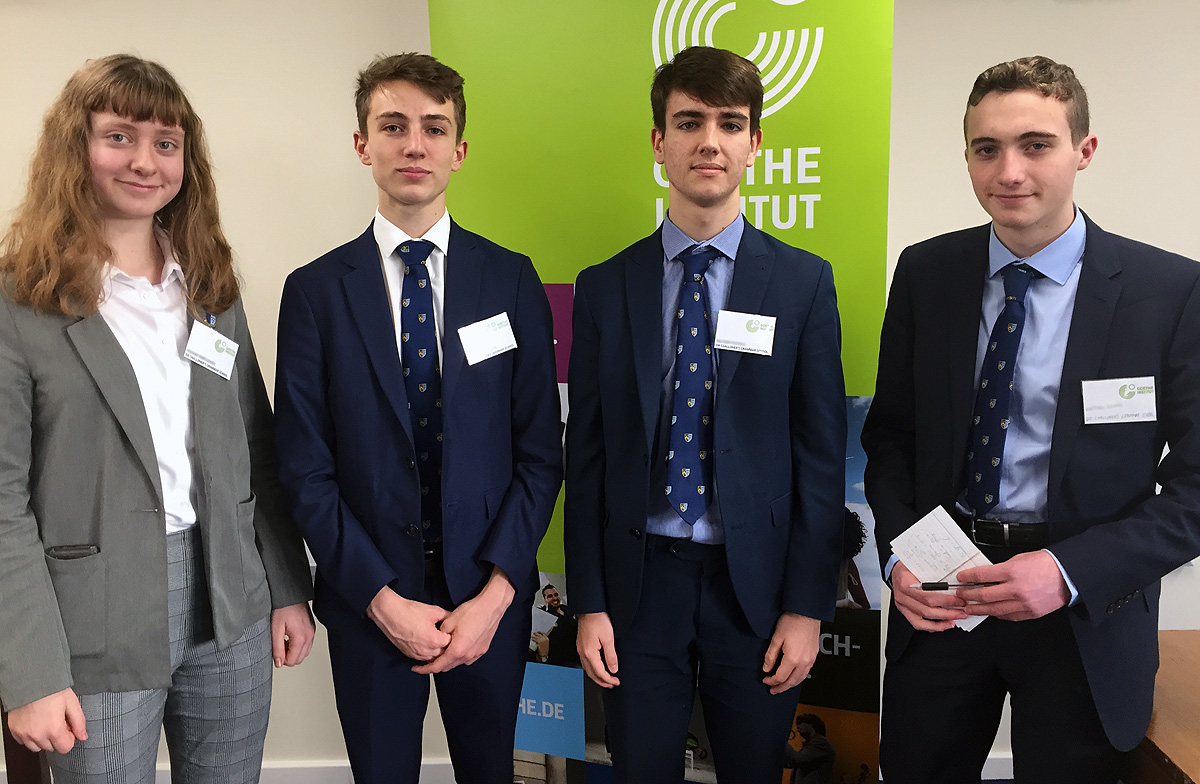 Should a year abroad during pupils' time at school be made compulsory?' This was the topic pondered over by four DCGS German A Level students for a debating competiton in London organised by the Goethe Institute, in which they were the arguing for the statement.

Year 12 German students Harry Brandon, Ollie Powell, Noami Kaplunov, and Matt Levine (who kindly stepped in at the last minute as our fourth member), rose to the challenge of competing against St Paul's School in the debate, in which participants had to present all of their views in German.

Harry, our team captain, confidently opened the debate, talking about how we as a country desperately need to learn languages more and the advantages of doing so. Our subsequent speakers built up our convincing argument for an obligatory year abroad, bringing in points about the range of available jobs in other countries, the gain of mutlicultural experiences, and the need for Britain to stay involved with Europe despite Brexit. 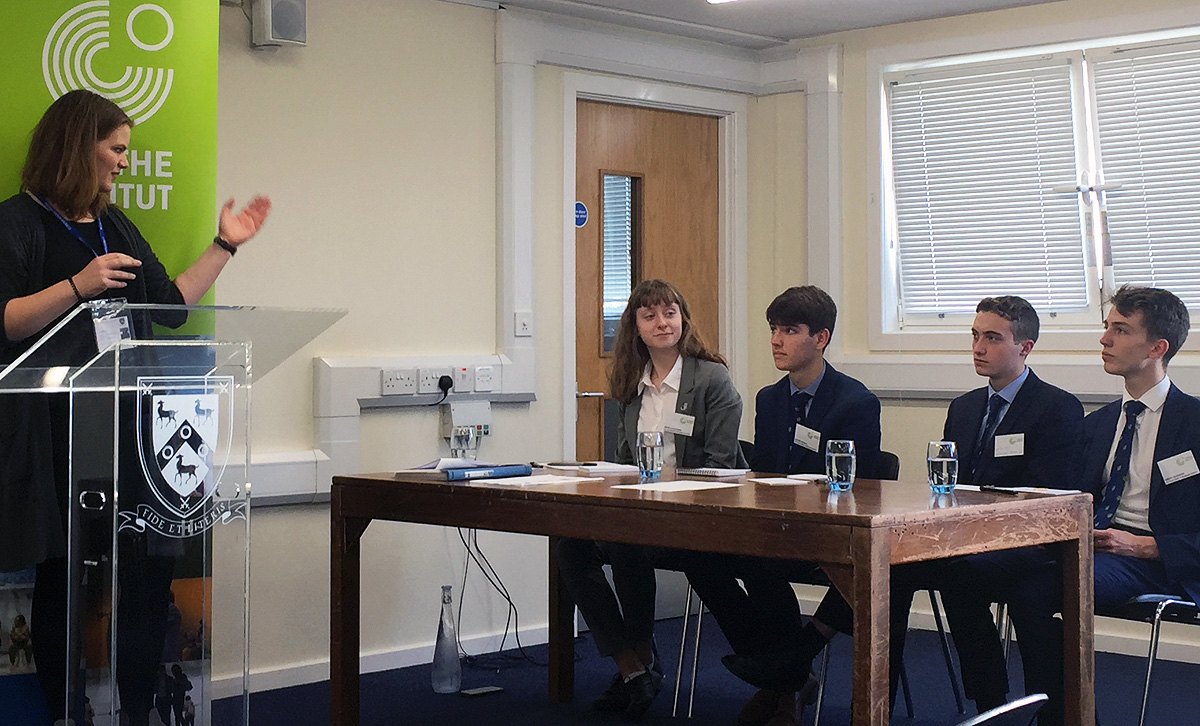 Both our side and St Paul's were strong but thanks to thoughtful planning, compelling counter-arguments, and a collection of nice German idioms, the referee decided that our team won the debate - the first team in Challoner's history to get through to the second round!

We would like to thank Frau Whittle and Frau Burton for enabling us to take part and helping us in the debating competition.