Commendation and Celebration at the Senior Prizegiving 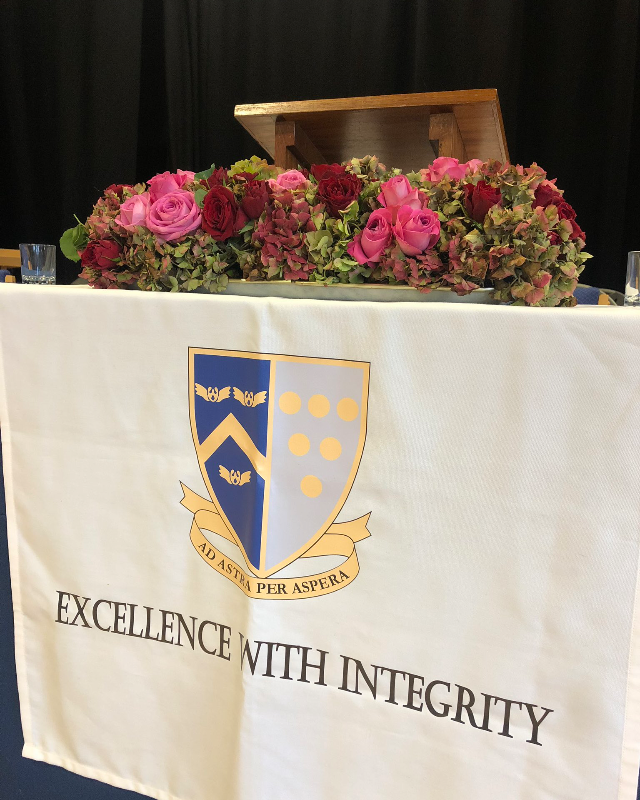 An end of a journey, an end of an era - Senior Prizegiving was an event that seemed to creep up on us, and for some it marked the end of our time at Challoner’s.

The ceremony commenced at 7:30pm with the governors and dignitaries taking their seats on the stage. After a short introduction from the Chairman of the Governors, our Headmaster Mr Atkinson began the report on the year, starting by echoing the words of the speech we had just heard - that we must retain the best of tradition while urgently embracing the necessities of the future. Mohammad Karim, our Deputy School Captain, spoke of the important roles played by the student body in the day to day running of the school. Spotlights were shone on student-led initiatives, such as the Challoner’s Model United Nations Conference in January of this year, giving them their deserved recognition. Near the end of the speech Jack Webb, the leader of the National Youth Guitar Ensemble, played Fantasie by Silvius Leopold Weiss. Ears strained to catch the music, which seemed to float up to the rafters ethereally.

Next came the moment that we had been waiting for - the presentation of our GCSE Certificates and Prizes for achievements throughout the school year. Names were called five at a time as we lined up in order, waiting to receive our certificates presented by Professor Susan Smith, the Mistress of Girton College, of the University of Cambridge. Next were the Prizes for Achievement during the GCSE course awarded for each of the subjects, Commitment, Community Service and Outstanding Performance during our time at Challoners. Further prizes were awarded to the current Year 13s, for subjects and extracurricular activities. To walk across that stage made our hearts beat faster, a sense of pride and release given when we left, certificates in hand.

A short speech was given by Professor Smith afterwards. She spoke of the future - specifically what we would go on to do - and of how, with our qualifications, we had become new people through our education and had developed and bettered ourselves as individuals. She also spoke of her own experience of the Duke of Edinburgh course - an extra-curricular activity which, in her view, gave an opportunity to learn valuable life skills that cannot be found in the classroom.

To conclude the evening our School Captain Dan Lilley presented a gift on behalf of the school, and with that a memorable evening was over, with much applause throughout.