Model United Nations (or MUN), is an internationally renowned debating style activity where students are assigned a country, and they have to debate in a United Nations style format, representing the views of their delegation on a whole array of topics. 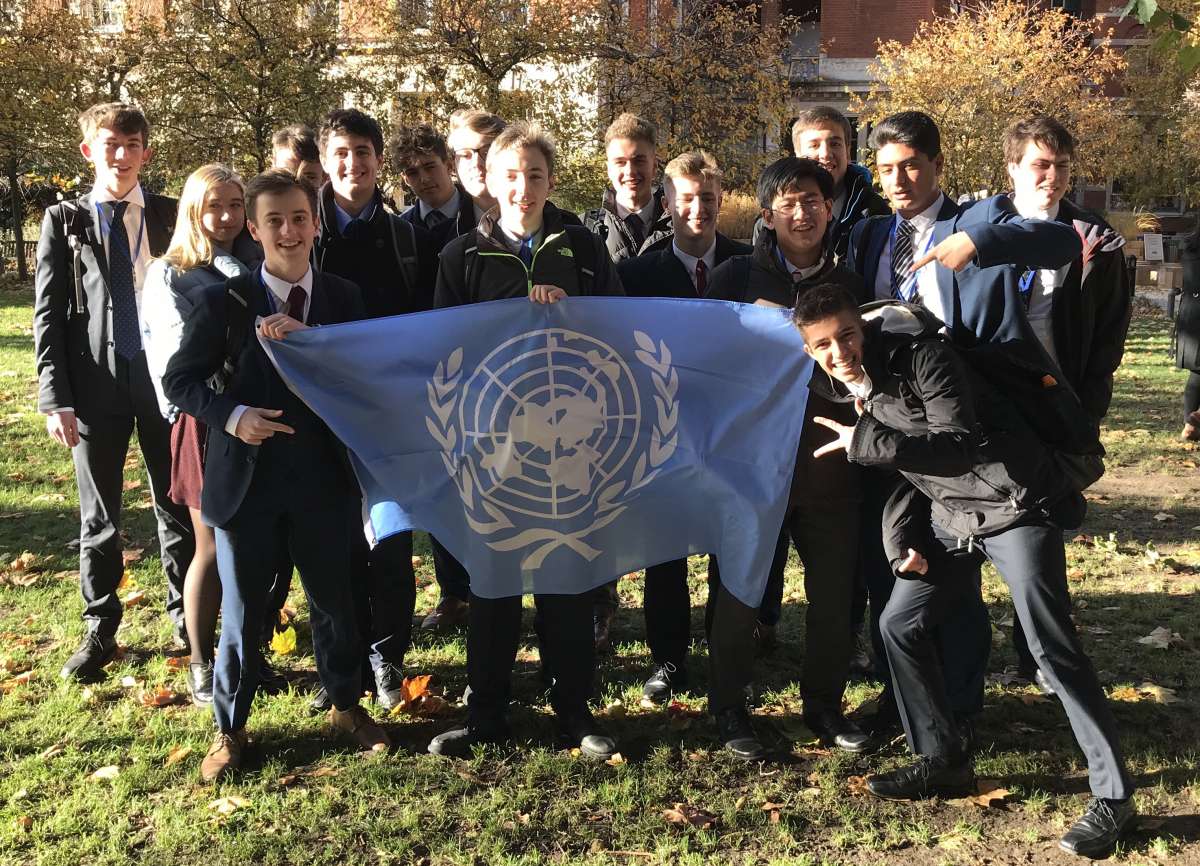 This year, students from DCGS were representing either Japan or the USA on committees discussing world issues, from climate change to the North Korean missile crisis.

The first day got off to an excellent start, with Challoner’s students quickly making strong first impressions on their committees - often forming unions with (or against!) other countries such as Russia. The standard of debate was excellent and by the end of the day, many of the committees were already swaying towards the views of the USA or Japan.

The next morning was where the real challenge began: each delegate had to convince their committee to support their resolution to the assigned problem. Only one delegate’s resolution could pass, so competition was extremely tough. Nevertheless, Challoner’s students debated to a very high standard, delivering convincing arguments in favour of their agenda. In the Historical Security Council, the renowned Chris Berry had convinced his entire committee (including the USSR) - who were debating the Cuban missile crisis as if it were happening today - to allow a referendum in Cuba over the leadership of Castro and to maintain all US missiles in Europe. Meanwhile, James Galvin seemed to take his committee by storm with his unique style and charisma. 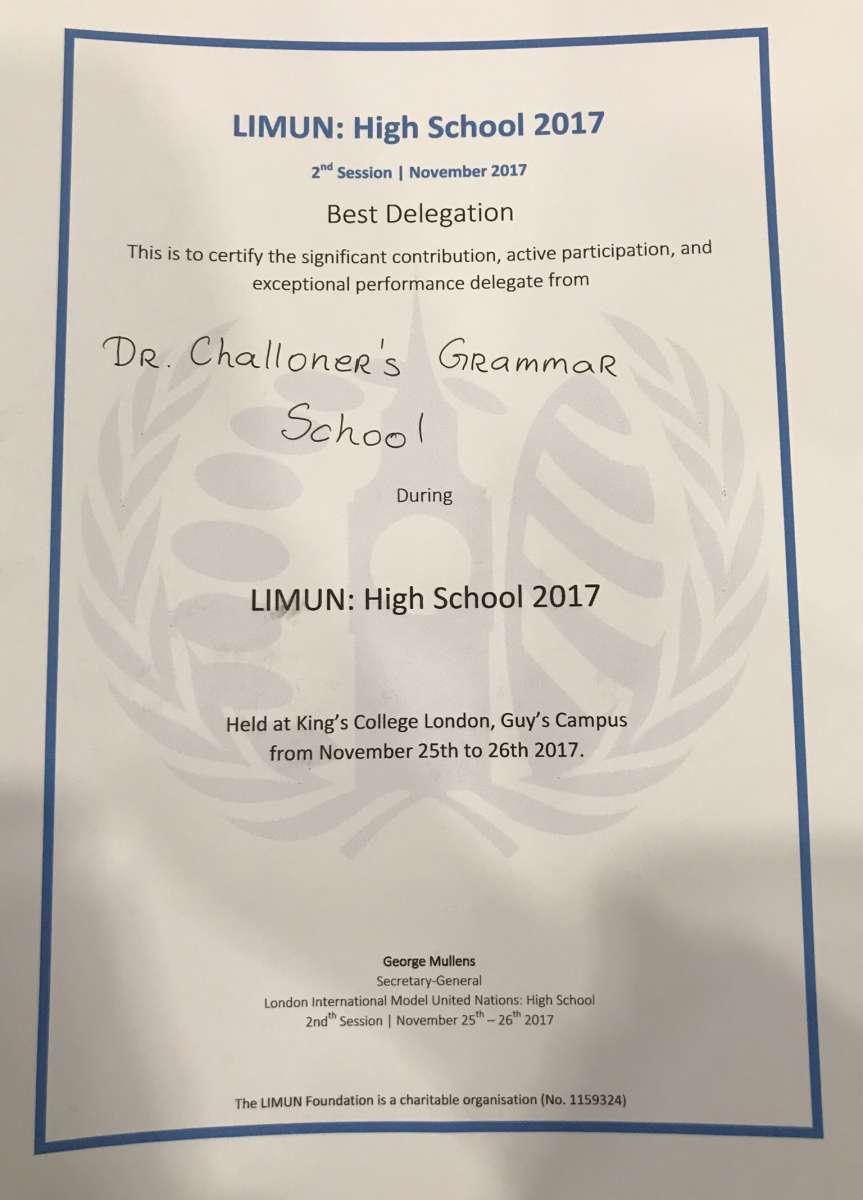 I was in the Modern Security Council, one of the toughest committees with extremely talented opposition. As a delegate of Japan discussing the North Korean Missile Crisis, I had to convince my fellow delegates to support the implementation of THAAD in Japan - which was extremely difficult given that there was a very talented delegate from China, a position holding the power to veto a vote, sat in front of me! It was a great challenge, and before long we had all come to a unanimous solution to the crisis.

At the end of the day, everyone congregated in the general assembly for the closing ceremony. We were absolutely delighted to learn that over half the Challoner's students in attendance had won individual awards; and we had done so well overall that our delegation won the entire conference - which given there were schools from China, Brazil, Turkey and more, makes this the first time Challoner’s has ever won an international competition of this kind!

We look forward to hosting our own conference later this year. I would encourage students who want to get involved to visit our website for more information.