On Tuesday, Christmas spirits were high for Year 8. With the chilly weather and a festive tree, covered with glittering decorations, in the corner of the hall, a performance of A Christmas Carol was the perfect event for the students.

Marley was dead, to begin with.' The play opened with that chilling line from Dickens’ famous novel, which Year 8 have been studying in English this year. The pupils were on the edge of their seats, excited to be pleasantly haunted by three spirits, an old man who did not understand the meaning of Christmas, charity workers, and a giant turkey. 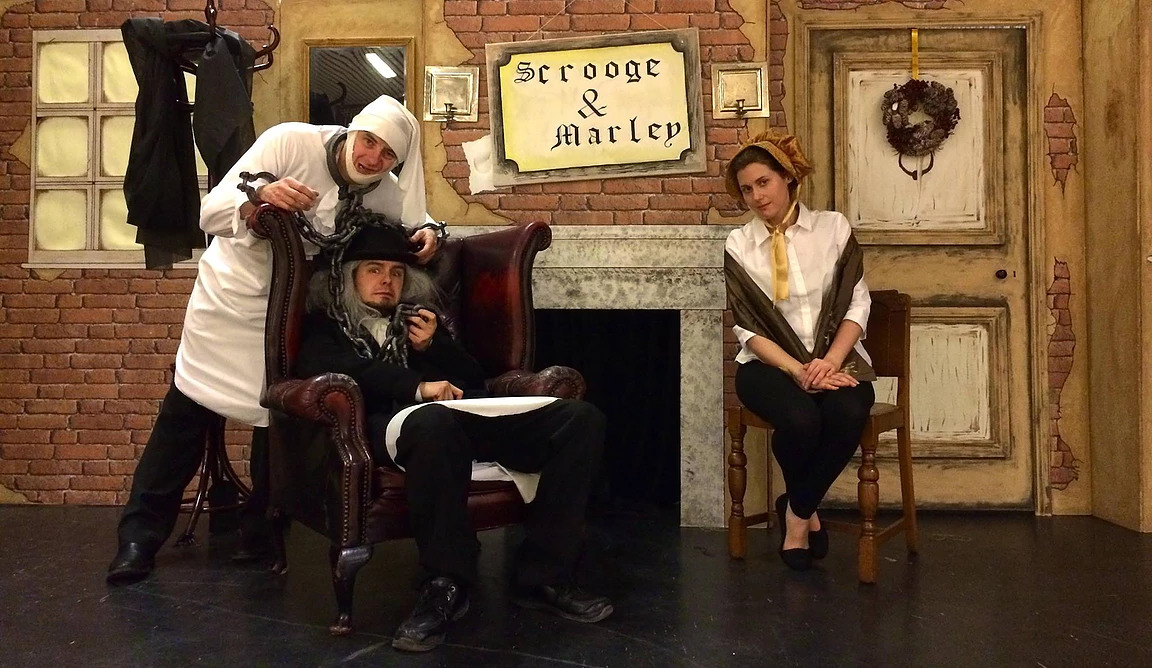 The story was portrayed in an original style, using lines from the novel but still being performed by the actors in a way that meant we could understand Dickens’ advanced writing. The performance included witty jokes, giving the plot a whole new dimension, sending chuckles throughout the hall. One Year 8 student, Joel Lewis, commented, ‘I loved the fact they put their own twist on the story, whilst still staying true to the original novel. After this, I can now understand some of the imagery more than I used to’. Many other students agreed with Joel, and are now finding it easier in their English lessons since they’ve seen an alternative interpretation of the tale.

The main purpose of this story is to ask the pupils, what really is the true meaning of Christmas? In the 20th Century, the sales at shopping stores begin in November, advertisement begins in October, and Christmas songs begin in September! But when does the charitable work begin?

It is questions like these the students asked on the way out of the hall, thinking about the festive season ahead. Soon their houses will be decorated, choirs will start to sing their carols, and Mr. Graham will start wearing a silly Christmas tie around school.

This year, however, Year 8 have begun to realise what Christmas is really about.