Music to our ears at the swing band concert

On a recent Wednesday evening, musicians from both DCGS and DCHS gathered together for the highly-anticipated annual autumn concert, which took place at DCHS. This perennial event typically includes a variety of genres, ranging from American jazz to Irish folk tunes. As a result, there is something for everyone to enjoy. The concert began brilliantly with a set of pieces performed by the DCHS second orchestra. They played a couple of South American tangos, composed by Villoldo and Rodriguez. The playing was so good that the audience found it difficult to resist tapping their feet during the two performances!

This was followed by performances from the DCGS jazz band. The audience heard old favourites such as Big Cat Groove and Sway as well as an outstanding finale of Johnny Come Lately by Strayhorn. The group continue to perform fantastically and look forward to their tour in Germany next year. 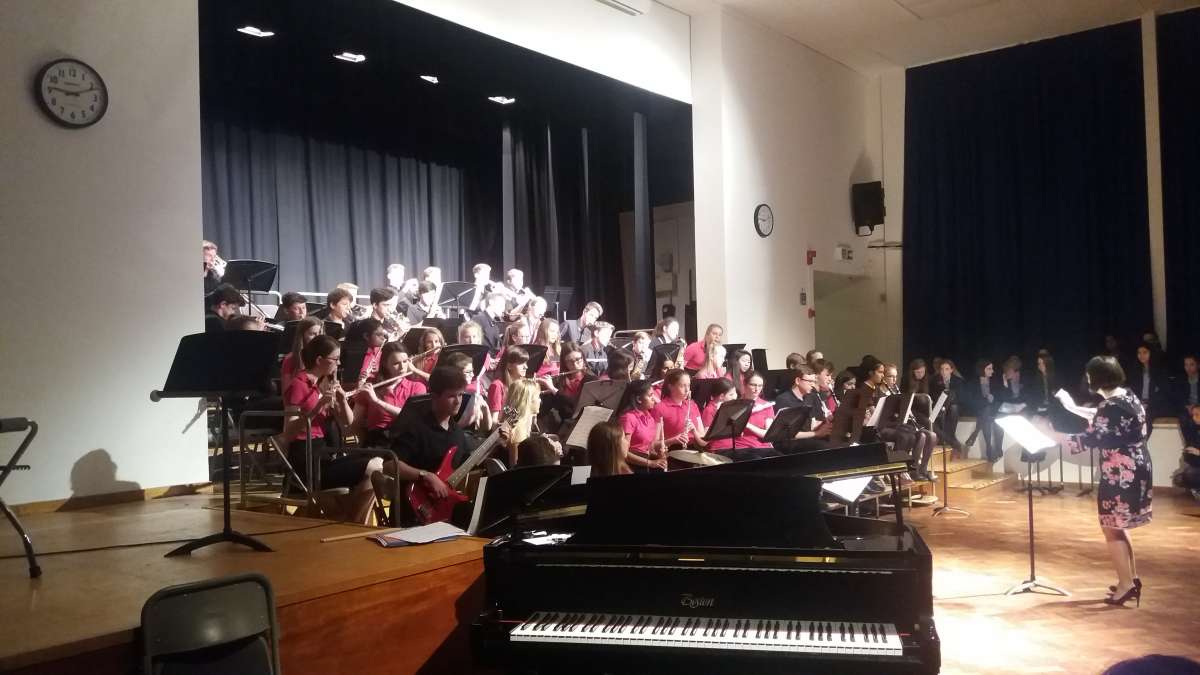 The evening culminated in a performance by the joint swing band - a group consisting of around 80 players from both DCGS and DCHS - who having previously been described (fondly) as 'a wall of sound'! They played classics such as Baby Elephant Walk by Mancini, ending the concert in style.

Overall, it was a highly enjoyable evening and we'd all like to thank both Mr Tansley and Miss Gee, as well as the staff at DCHS, for their continued support in our musical endeavours.