Culture Club off to a harmonic start

This year’s Culture Club kicked off with a bang as 51 students travelled to the Royal Festival Hall on the South Bank of the Thames to see a contemporary concert. The annual event, titled 'A Night Under the Stars', is a celebration of American 20th century music, which was very fitting given that this year it took place on the evening of the greatly anticipated presidential election.

The concert itself consisted of a fantastic mix of historic classics, such as Barber’s Adagio for Strings, as well as popular West End hits from the productions of West Side Story and Porgy and Bess. The amazingly talented string orchestra, conducted by Toby Purser, was accompanied by two prestigious vocalists for the solos, with Rebecca Evans singing soprano and Mark Stone singing baritone. Probably the most popular song performed was Gershwin’s Rhapsody in Blue, a beautiful composition featuring some of the most famous clarinet riffs in jazz music. At over 15 minutes in length, the piece required some meticulous and passionate piano solos, a task that the Macedonian pianist Simon Trpčeski met very well. The audience was amazed at the energy he threw into his playing, going from one end of the piano to the other and back in such a dynamic way, and the piece received rapturous applause afterwards. 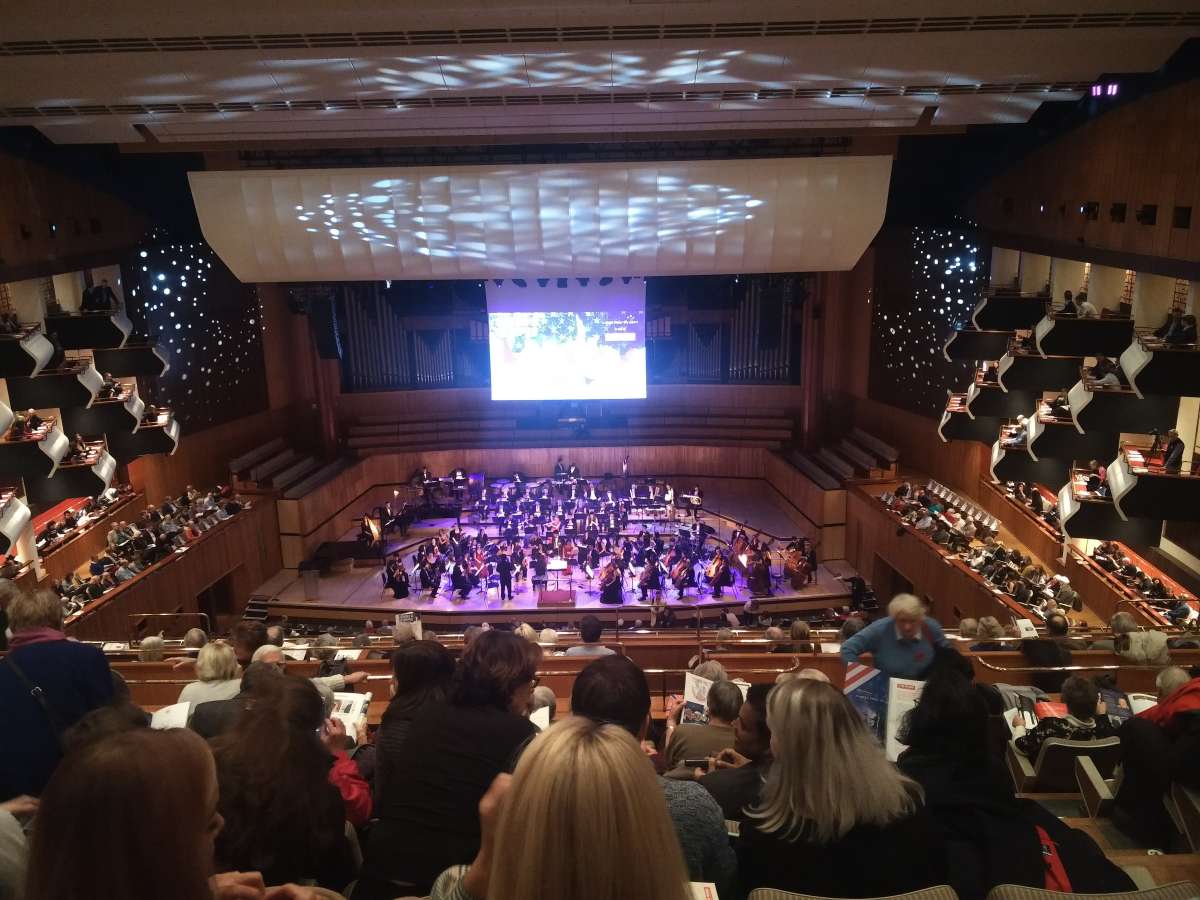 The show also featured three presenters who, whilst primarily introducing the pieces performed and their composers, served as a brief interlude between different performances. The first presenter was Armando Iannucci, television and radio comedy producer, who revealed his current work on a feature film on the death of Stalin and the second was Petroc Trelawny, a BBC Radio Three presenter. However, the most popular of the three was the well known impressionist Jon Culshaw, who not only offered us an insight into his interest in astronomy (a topic derived from the title of the concert), but opened his speech up to the audience for celebrity impression requests. His Ed Miliband and Boris Johnson impressions were very accurate, whilst his Donald Trump impersonation was eerily foreboding…

All proceeds from each year’s event, from both ticket prices and donations on the day, go to The Passage - a charity organisation set up to help take homeless people off the street and improve their quality of life. They currently run the UK’s largest centre for homeless and insecurely housed people, as well as providing various support services and supporting many accommodation projects. However, the true value of The Passage’s work was truly exemplified during the second part of the concert, when a choir of clients of Streetwise Opera - a charity that works with The Passage to transform the lives of the homeless through music - gave an awe-inspiring performance of You’ll Never Walk Alone. The sheer joy of performing in front of such a large audience was visible on their beaming faces and audible in the pride with which they sang - it was an amazing revelation for many of us to see the charity’s true impact on a group of people that were homeless only a matter of months ago.

For many students in the cohort it was their first concert, and it was overwhelmingly clear that the event was enjoyed by all. After this fantastic start, everyone involved in the program now eagerly awaits the promising upcoming future installments, which currently include a ballet and an operetta. A special thanks must be given to Ms Ashton and Mrs Ackerman for organising the whole visit, without both of whom the trip would not have been possible.