At half past seven on a dark, wintery Tuesday evening, great sounds could be heard coming from the Amersham Free Church. Anyone who heard such superb music would have no trouble recognising it as the annual Joint Schools' Concert. 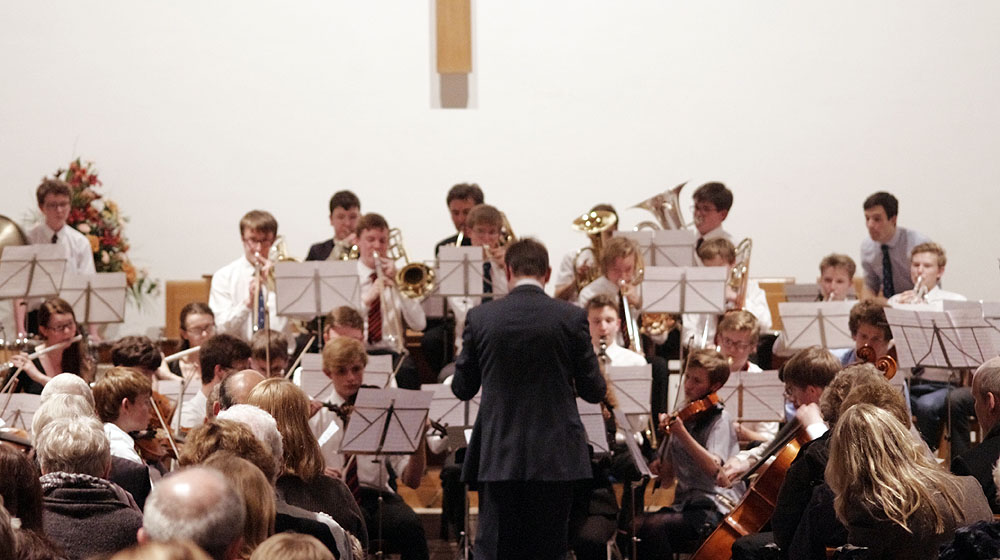 The evening started off with a thunder of timpani as the Joint Orchestra played Berlioz's 'March to the Scaffold' from his Symphonie Fantastique. Throughout the evening, the audience was continually impressed by the high standards of solo, ensemble and choral music that resonated around the church.

After the grand opening, a tasteful solo by Ella Haslam of DCHS on the piano was followed by several ensemble performances, including the DCGS String Ensemble, who gave an impressive rendition of Corelli's Christmas Concerto.

The audience was then entertained by the rich tones of the cello, as James Kiln deftly played the first movement from Bach's Cello Suite no.3.

An exciting new item to join the DCGS music scene this year has been the Sixth Form Chamber Choir, directed by student Zach Yarrow (Year 12). The strong (and deep) voices of the boys were complemented by fine soprano and alto singing, courtesy of the girls that have joined the upper school this year.

Zach commented that ‘as the choir’s director, I have learnt a huge amount just from this first term and I feel that as a choir we have made great progress.’ I think the audience would certainly agree with him after the magnificent performance of Holst’s I Love my Love.

Emma Jackson’s beautiful flute solo was followed by the renaissance sounds of the DCGS Brass Ensemble. The brass ably conveyed the period dances of Tielman Susato, supported by Mr Wainwright on French horn and Mr Tansley on drums.

Next up was Julius Kiln who gave a superlative interpretation of Tchaikovsky’s intricate violin piece - 'Scherzo No. 2' from Souvenir d'un Lieu Cher. Interspersed throughout the concert were excellent performances from the DCHS choirs, with Con Brio’s a cappella being followed by the brilliant DCGS String Quartet of the Kiln brothers, Harriett Mepham and Miss Gee playing Haydn’s Allegro Moderato. 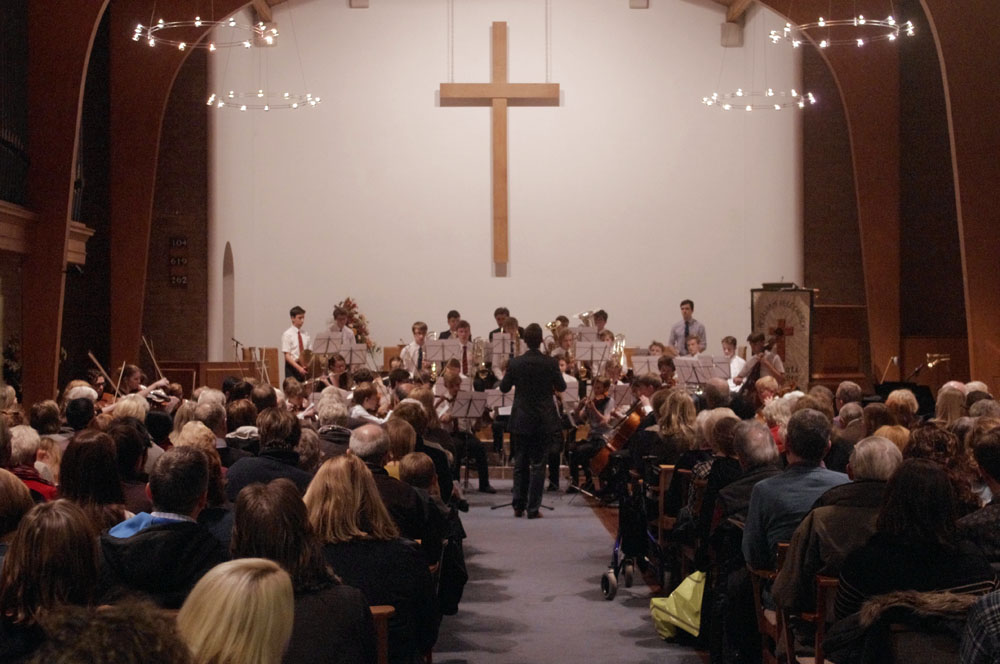 The evening was rounded off by Vivaldi’s Gloria, a technically demanding piece brought to its full ‘glory’ by the Joint Schools’ Choir, featuring beautiful soprano and alto solos accompanied by the vibrant singing of the chorus and Old Challoner, Dr Flood, who played the organ with great flair. This too included appearances by Challoner’s staff: Mr Atkinson, Matron, Miss Gee, Mrs Atkinson, Mr Walter, Mr Parkinson and Mr Tansley.

Excellent performances from all of the DCGS and DCHS students involved made for an outstanding concert. Huge thanks must also go to the directors and accompanists: Miss Korzinek (DCHS), Mr Tansley, Miss Gee, Zach Yarrow and Mr Wainwright.

You can listen to the full concert here: