This week the author Ali Sparkes visited our school. Instead of having an English lesson Year 8s listened for an hour to Ali's collection of stories and readings. She opened the talk with a strange yet amazing device, the 'whirly whirly'. She told us to stare into the centre of a spiral which spun around until we were eventually told to look away and the most peculiar thing happened. Her head seemingly grew in front of our eyes. Many in the audience were amazed by this and it was a great opening to the talk. 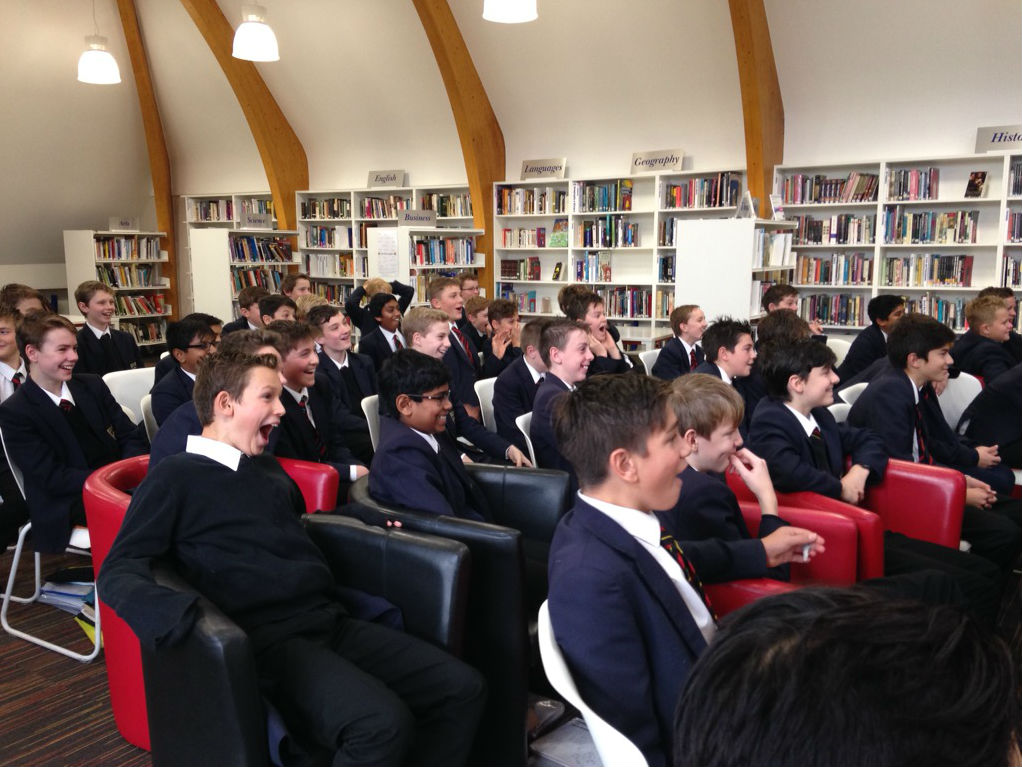 Ali spoke to the group about where she got her ideas from and told us a little bit about where she grew up and how she, as a child, had to think of things to entertain herself with. She went on to explain her new book in the series 'Shapeshifter', her love for foxes and the research that goes into her books. A highlight of the talk was when she showed the audience some of the playground equipment and toys that were around when she grew up, they were scary!

The general feeling amongst the us was a mix of amusement, shock and awe as the talk was funny and interesting throughout. It was a truly enjoyable experience that we shall never forget.

As we neared the end of her talk Ali allowed us to ask her some questions. One of the most interesting questions she answered was, 'Do you see other writers as rivals or colleagues?'. She answered by saying that it was an interesting question and said that they were both rivals and colleagues to her. As a finale she reversed the 'whirly whirly' which was a fantastic ending to a wonderful hour.