This week Years 7 and 8 were given talks about addiction. The presentation was led by two Year 12s and covered drugs, alcohol, cigarettes and energy drinks. We were told some amazing facts and the information they gave us really increased our awareness.

We were told how an addiction is, 'A feeling of having to do something, even though you know that it might not be good for you.' They asked what our own addictions might be and gave us examples of some addictions. These surprisingly included mobile phones, playing computer games, social media, food and even sport, as well as the more well-known addiction to drugs. 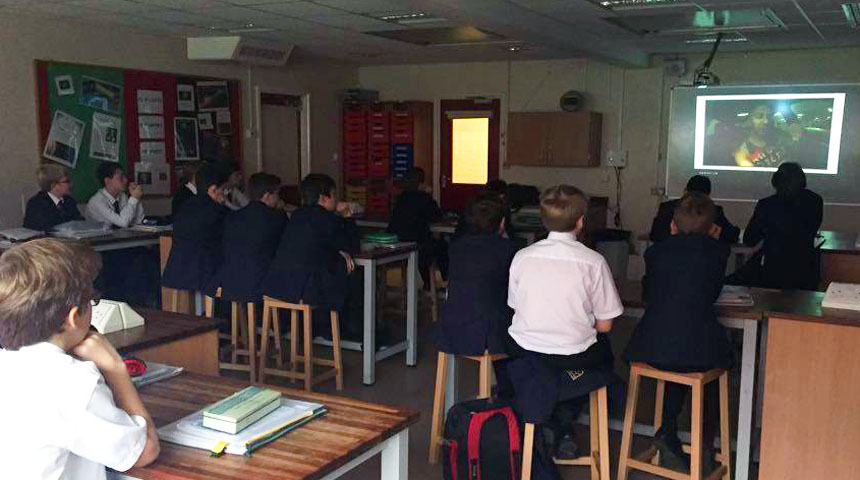 We were then shown slides on the long and short term effects of alcohol and cigarettes, which was very scary. The two facts that surprised me the most were that 10% of all disease and death in the UK is caused by alcohol and that every cigarette you smoke reduces your lifespan by 11 minutes. Who would be stupid enough to smoke!

The presentation ended by showing a video about a young man who had experimented with drugs, developed an addiction and was now suffering from depression. It was so sad.

Living with an addiction

I thought the presentation was really thought-provoking and extremely informative. We were advised to watch out for people who would offer us drugs, alcohol and cigarettes and not to give into peer pressure. It was also really useful to be reminded of some of the facts and laws, especially as at our age, in the coming years we will be exposed to many of the issues covered.

29 enthusiastic Year 12 students undertook the opportunity to develop lower years’ understanding on the highly delicate topic of drugs. Challoner's has a philosophy of using older years to teach younger students. This ingeniously removes the teacher-student barrier for such a personal topic, and furthermore means that students can be taught by people who have been through the exact process that they will inevitably experience.

It began with a training day at school led by a team of three experts who enlightened, enriched and inspired us to become passionate about teaching about such an important part of teenage life. 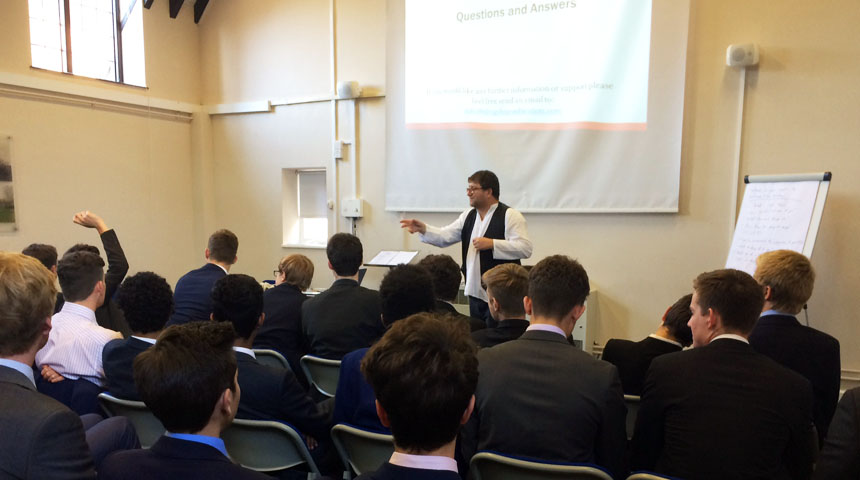 It was then left to us to produce a lesson plan to educate Years 7 and 8 about the true facts and effects of these substances. This means that as they move up the ladder of life, they will be able to make correct and informed choices concerning their relationship with drugs.

At first, having the responsibility to teach such a vital part of teenage development felt immensely daunting, especially with drug use being such an issue in the modern world. As we persevered and continued however, the task became less worrying as we increased in confidence.

We are extremely proud of our efforts, after such fantastic feedback from our lessons and since we achieved our aim of teaching the students about the true facts and effects of drugs. This is especially gratifying as educating drugs has proven to be notoriously difficult in the current social climate.