From Broadway to the Elgiva

Year 9 students were able to attend a unique screening of John Steinbeck’s classic novel, Of Mice and Men, at the Elgiva Theatre in Chesham. Filmed by National Theatre Live from ‘across the pond’ in the Longacre Theatre on Broadway, the powerful production starred Chris O’Dowd and James Franco as Lennie and George respectively.

The bond between George and Lennie was established early on, in the glade, where the book begins. We were amazed by the props and devices used in the play - for instance a small section of the stage could be opened by a lever to reveal a ‘stream,’ as well as backdrops that could be lowered onto the stage by a mechanism - with bunkbeds attached! The actors really portrayed their roles, helping to connect the audience to the characters emotionally, especially the fidgety nature of Lennie, not forgetting some very impressive American accents - quite different to O’Dowd’s Irish burr. 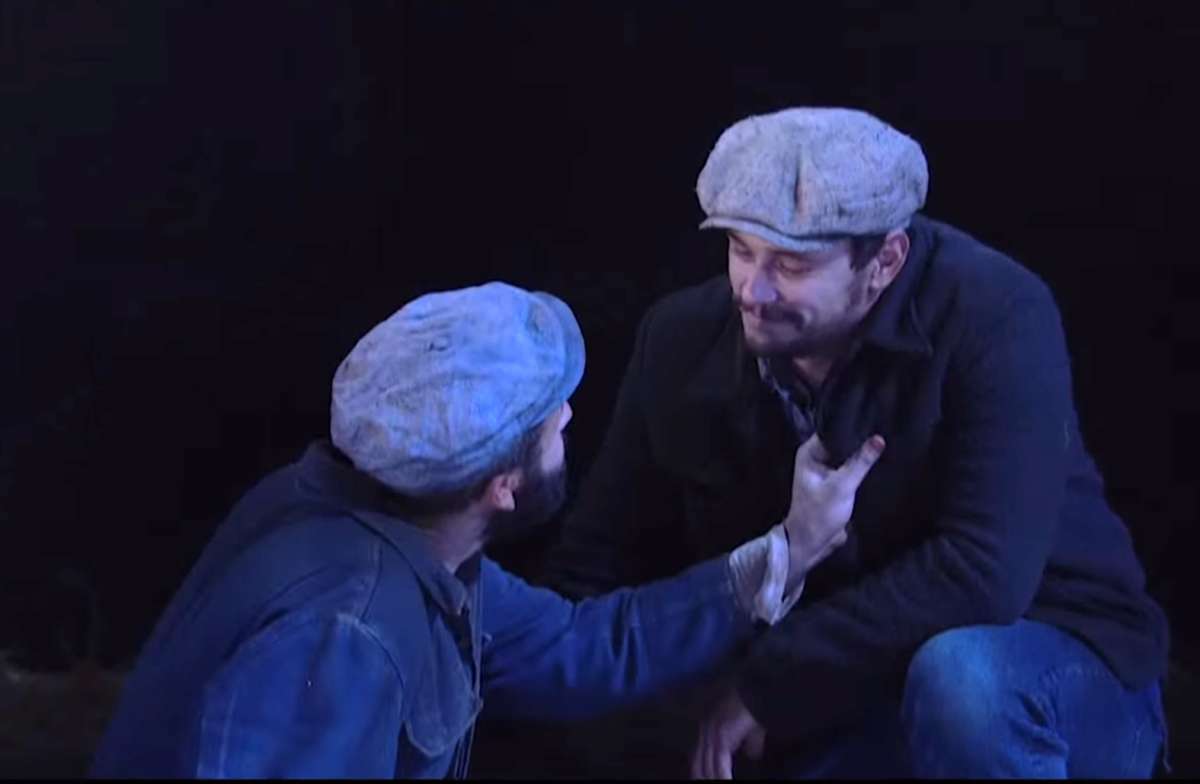 During the interval, we heard the stars of the show explain how they connected with the storyline and its principle features. They gave insightful views into the friendship between George and Lennie and provided modern day parallels, as well as outlining the basis of the book: the American dream.

Some elements of the original text were changed slightly, particularly the lines for Curley’s wife - her personality was displayed more obviously, and her conversation with Lennie at the end was not as sad as in the book. However, the poignant storyline was excellently communicated by the production and we were all impressed by the perceptive acting.

The visit really enhanced our visualisation of the story which we looked at last half-term in our English lessons. On behalf of those who attended the screening I would like to thank Mr Spenceley for organising the visit, and Mr Clayton and Mrs Rogers for accompanying us.