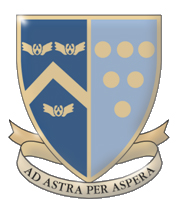 Teams from both the Sixth Form and Years 9, 10 and 11 have been in action recently. The debating season began with a friendly against Dr Challoner’s High School where debaters flexed their skills and dusted off old rhetoric al techniques to compete well.

Most notably, three Sixth Form teams competed in the first round of the Cambridge Union Schools Debating Competition. They had a tough first motion to prepare for: THW abolish the veto power of the UN Security Council. The second motion was closer to home and potentially very divisive: THW create a quota of places for state school pupils at universities. All teams competed skilfully, knowledgably and gave astute rebuttal. While no team got through to the next round, they learnt vital skills and techniques to apply in forthcoming debates. Fortunately, Challoner’s found success in the Haberdasher’s Young Parliamentarian’s Competition for years 9 to 11. The prepared motion for this was THW totally privitise the NHS followed by THW design their own baby. With very skilful definition of motions, our A team, Shreehari Suresh and Niall Jones, came second overall with Shreehari winning the much-deserved award for being the best speaker in the whole competition. The students debated excellently against an opposition of all private schools, doing well in a series of difficult and hotly contested debates.

The next competitions are the Debating Matters Competition on 3rd December and the ESU Mace on 4th December, both for Sixth form. The International Competition for Young Debaters for years 8-10 will be in the Spring.