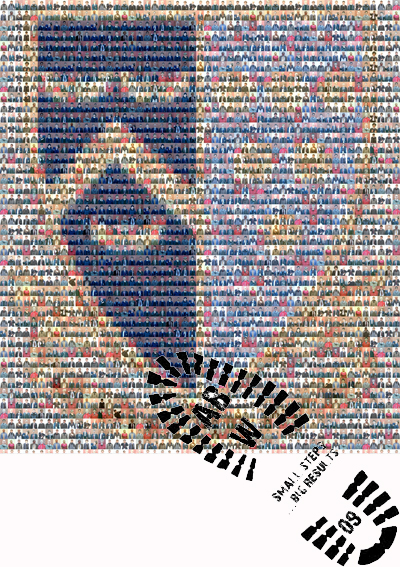 As part of a nationwide initiative, DCGS is participating in Anti-Bullying Week 2009 from 16th-20th November.

There have been events and activities throughout the week to promote the anti-bullying message, with particular emphasis on tackling cyber-bullying. The Step Up campaign has been a particular success with many boys getting involved and having their photograph taken to form a “photo mosaic” of the school crest.

Years 7, 8 & 9 are also taking part in an anti-bullying poster competition. The winner will be announced at the end of next week and their poster will be put up on display around the school.