Since September, the Year 7 A-Team have played four matches to get to the finals and their hard-work has finally paid off. In the run up to the finals, the Yr7s played Chalfont Community College (4-2) and in the quarter-finals, they played Ousedale School. In March, despite the dreadful weather condition, the Yr7s went on pitch and played Thorpe House. With fantastic players, the team won 2-0 in the Bucks Cup Final. I was lucky enough to talk to Seb Shaw (Striker) and he had this to say: “This was a great experience after the devastating loss against Kingsdale. All our training has paid off and we are proud of ourselves.”

Despite GCSE’s looming and all the exam stress, the Yr11 Football team players have still been playing strong matches against other schools. Since September, there have been four matches for the Yr11 team, which they all won. In the semi-finals they beat Royal Latin School 6-1 and in the quarter-finals they beat John Hampden Grammar School 3-0, On the 30th of March the Yr11 Football team went on pitch with all their team to beat Ousedale in the Yr11 Bucks Cup. They won 1-0 with Alex Stevens scoring a goal. This is an astonishing achievement and staggering teamwork to get to this stage.

Superb is the only word to describe the football played by Sixth Form this season. The U18’s beat Sir William Bolarse 5-2 in the Bucks Cup final with goals being scored by Alex Lee, Ben Stallard and Tobi Adesina. In the semi-final, they beat the Royal Latin School 6-1 and in the quarter-finals, they beat John Hampden Grammar School 3-0. To get to this stage is absolutely staggering.

Reaching the final of the Bucks Cup is an amazing achievement for our school’s teams. It requires courage and resilience to play in the finals. Also, don’t forget the organisation was done by the Sports Department, so if it hadn’t been for them, this wouldn’t have happened. Thank you to the Sports Department and a huge well done to all those involved. 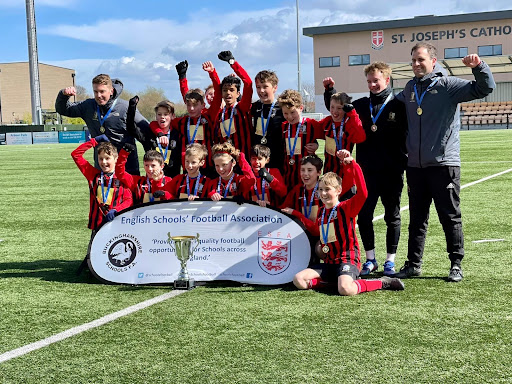 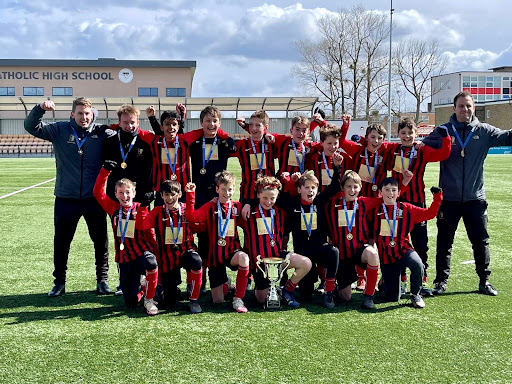 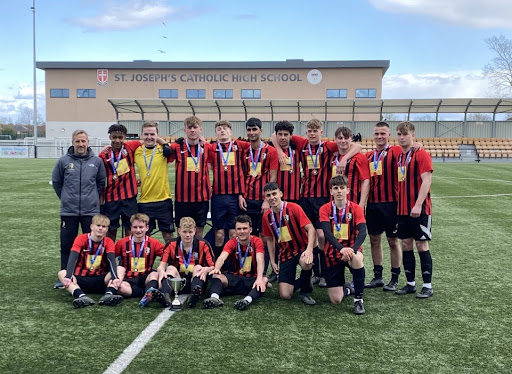