As we rushed out of the plane, the humid Moroccan air hit us all, with the sun blazing down on Marrakech and a feeling of anticipation growing within all of us. We drove out of the city and into the spectacular Atlas Mountain range and looked around in awe at the exotic sight of this new environment.

We stayed in a wide range of accommodation - from gites (small inn-like homes with all the necessities) to hotels in the city and even ski hostels, with no snow anywhere to be seen. As the days of trekking went by, it seemed that the uphills became less tiring and the downhills easier to control. The most extraordinary day was the one where we trekked 16km inland, which was the longest distance we had completed in one day. Since we reached the pass within the first couple of hours, the group leaders for the day and our trip leader, Lynsey, decided that we were up for a challenge. Instead of walking down a road for the final 12km, we were led through a valley, marching up through water springs and braving rockier uphill paths. 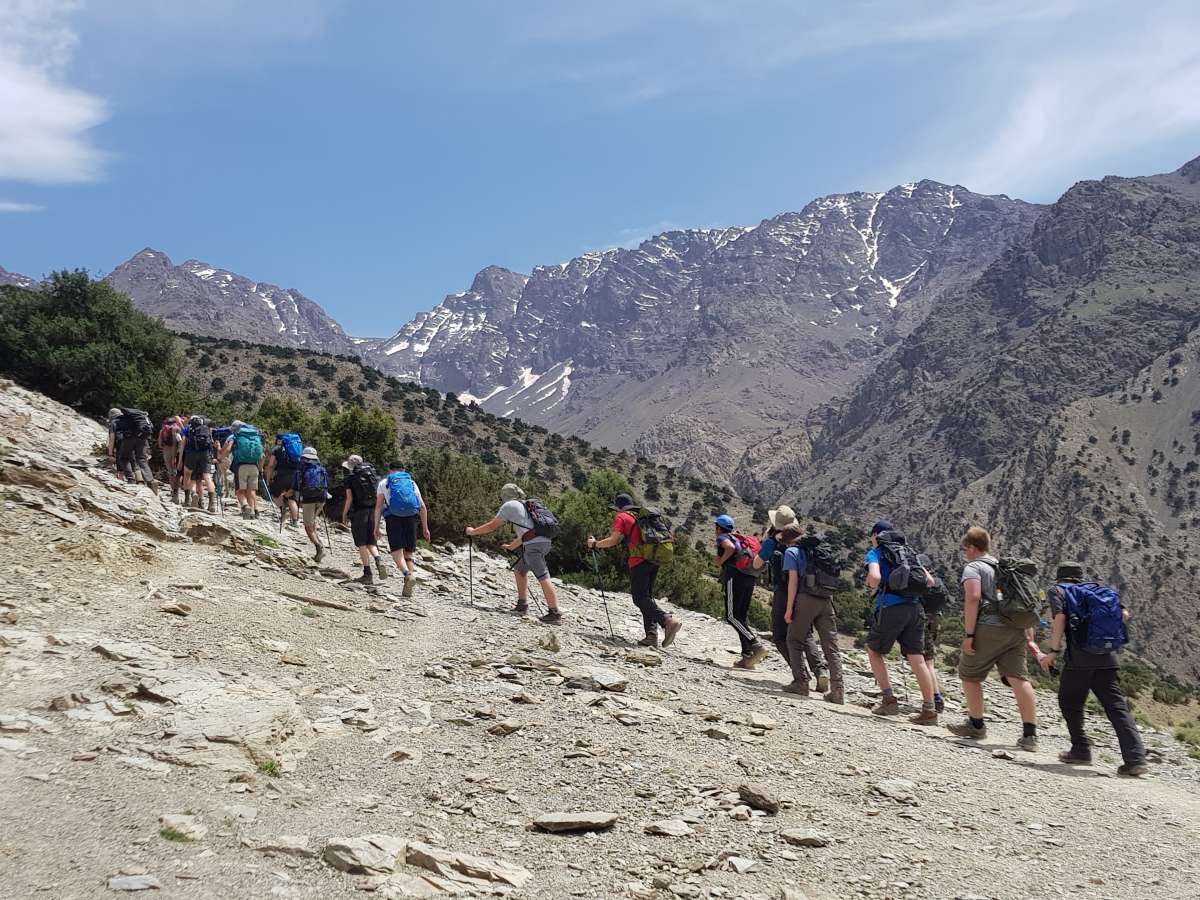 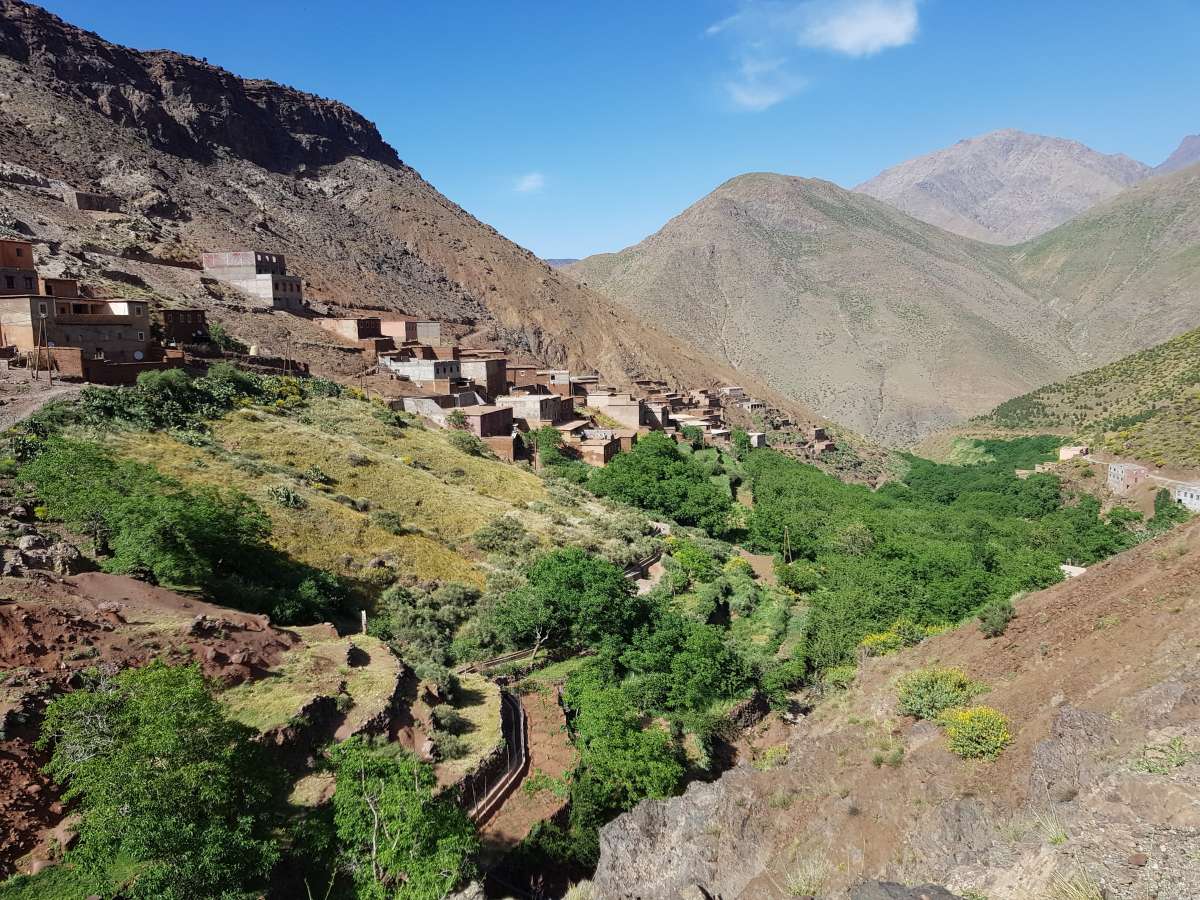 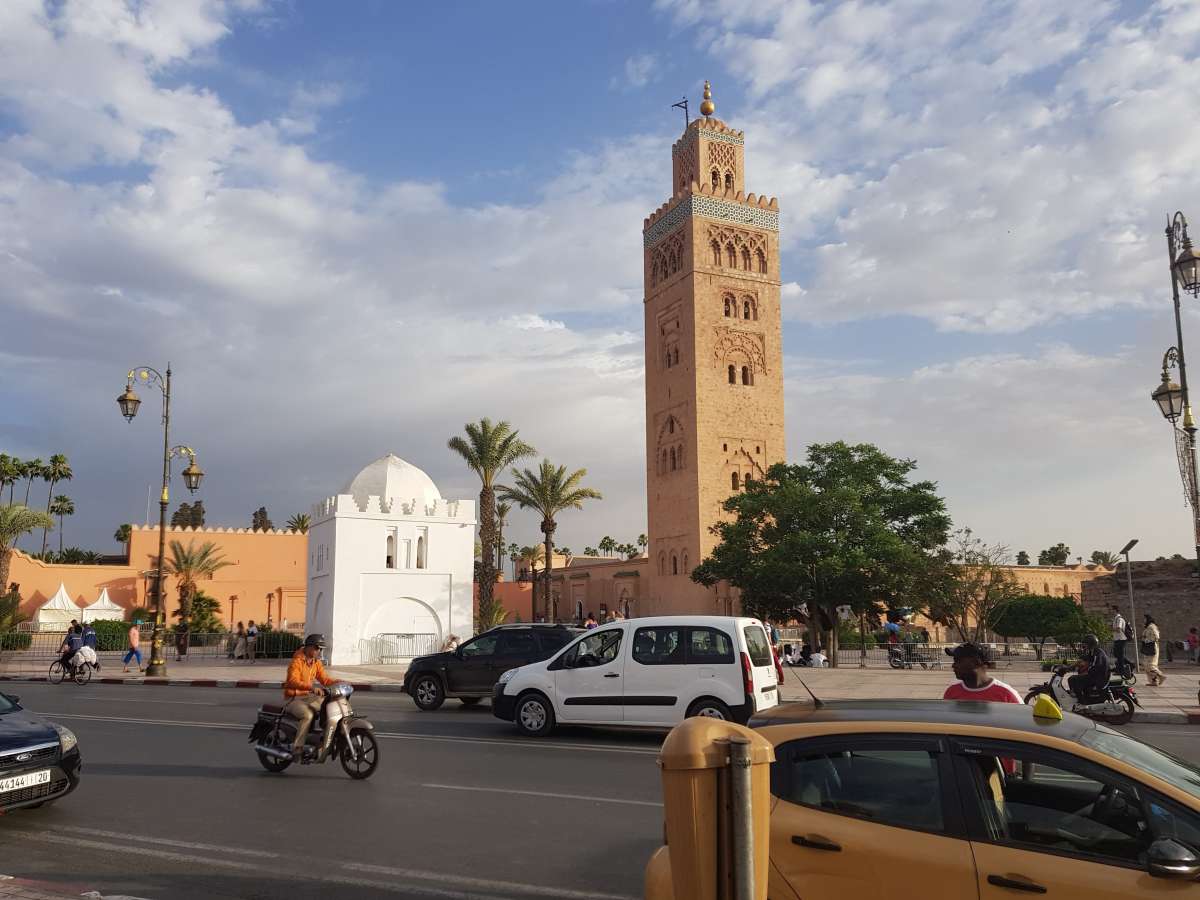 Alongside the sense of achievement and pride at the end of each day, we all longed for the delicious, warm mint teas brewed by our wonderful chefs when we finally arrived at our accommodation for the night. After a matter of days, the game ‘Scattergories’ became a post-dinner tradition, unearthing the competitiveness within the group and making for a brilliant end to each evening. Another group highlight was on the last day when we went bartering in the Souks of Marrakech. This challenged people’s skills in the art of haggling, with some noticeably better than others. Overall it was a wonderful week, full of new and exciting experiences for us all.

The Ridgeway Challenge saw 23 students depart from Barbury Castle on a sunny Monday morning. After being split into three teams, we began trekking deep in the countryside, to be tested at every twist and turn and ultimately leave the Ridgeway victorious. 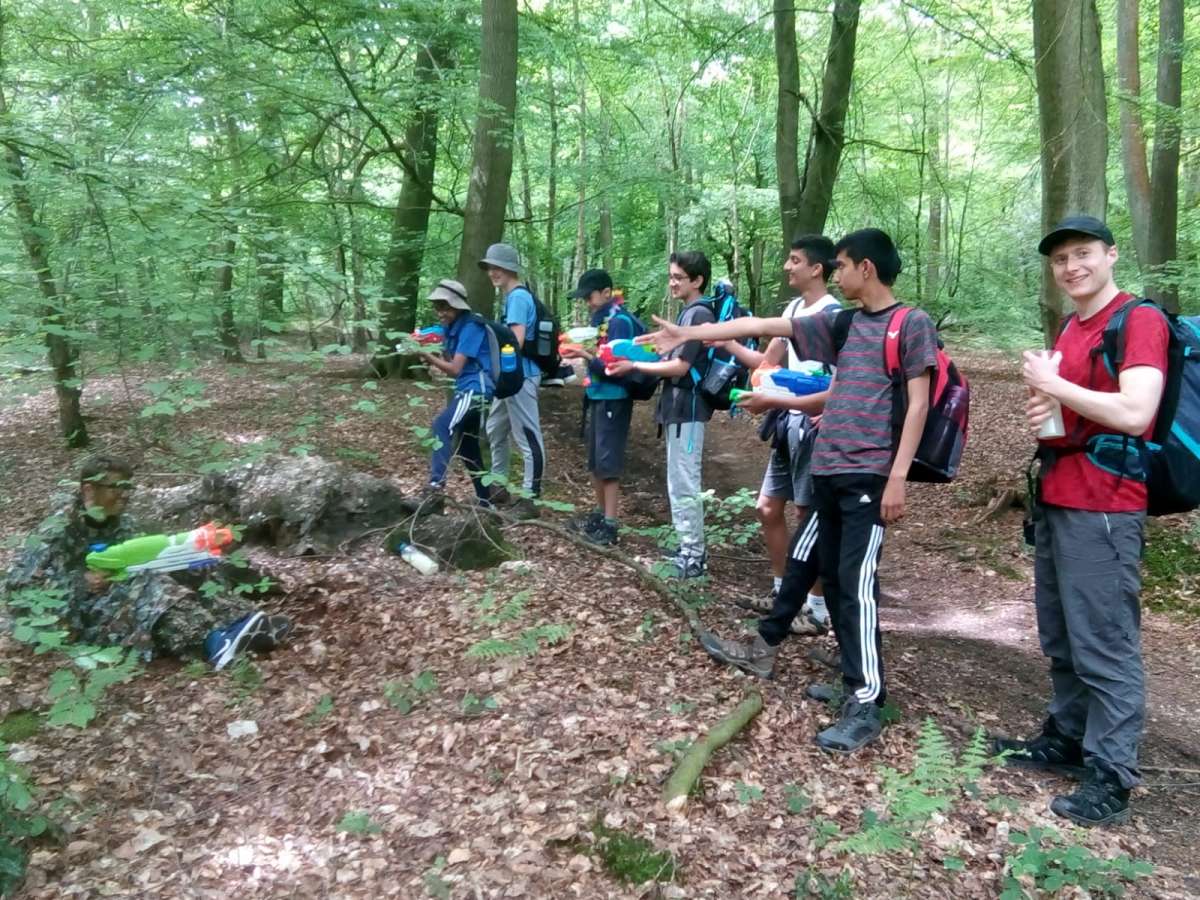 Surprise attacks from Monday through to Wednesday forced the teams to think fast on their feet and develop new strategies. The staff composed a merciless and competitive team of ambushers, who attempted to assassinate each team four times! However, with some expert observational skills, many teams managed to escape the fire (or rather, water from the Super Soakers) of the ambushers.

Alongside walking the many miles of woodlands and fields that spanned across our view, dedicated Analysts from each team, for each day, organised searches for geocaches. They also spotted for birds, trees, and inflatable boats as part of a reconnaissance mission and solved hidden tasks throughout the day, which ultimately gave the teams more points.

Navigators were also assigned per day, and were given the task of planning an efficient route to each objective, and - in order to keep track of the teams - had to send radar blips to HQ, stating their position as a six-figure grid reference.

Arguably, the most important role was that of Team Leader, who needed to maintain a steady pace within the group, whilst also allowing enough time to take short breaks and solve puzzles along the way. It was also the Team Leader’s job to keep everyone positive throughout the expedition.

The final day of the Ridgeway saw competitive team games, such as Capture the Flag, and a race to siege the hill. In the end, the Red Team emerged victorious, winning the Ridgeway Challenge with the most points overall.

We eagerly left the bus at Ardeche on Saturday, settling into the chalets we would be staying in for the next week. As a means to thoroughly introduce ourselves to PGL, we went for a ‘jog and dip’ by the river, directly next to our location, which marked the start of a very enjoyable week in France.

Sunday was our first full day in the region, and a particularly memorable one. After multiple training sessions, we individually kayaked down the River Ardeche, which helped us develop our skills for our two-day descent later on in the week. I was astounded by the breath-taking scenery that was truly unspoilt. 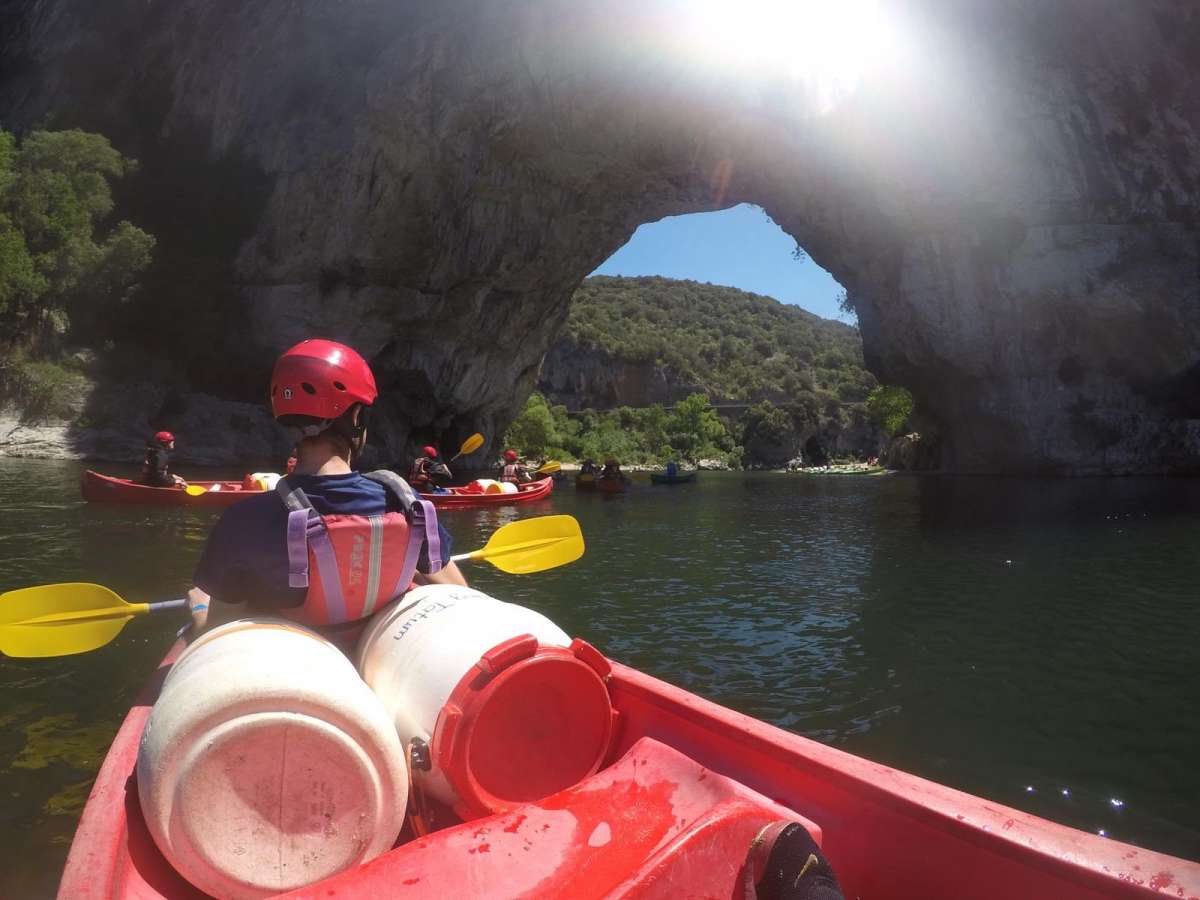 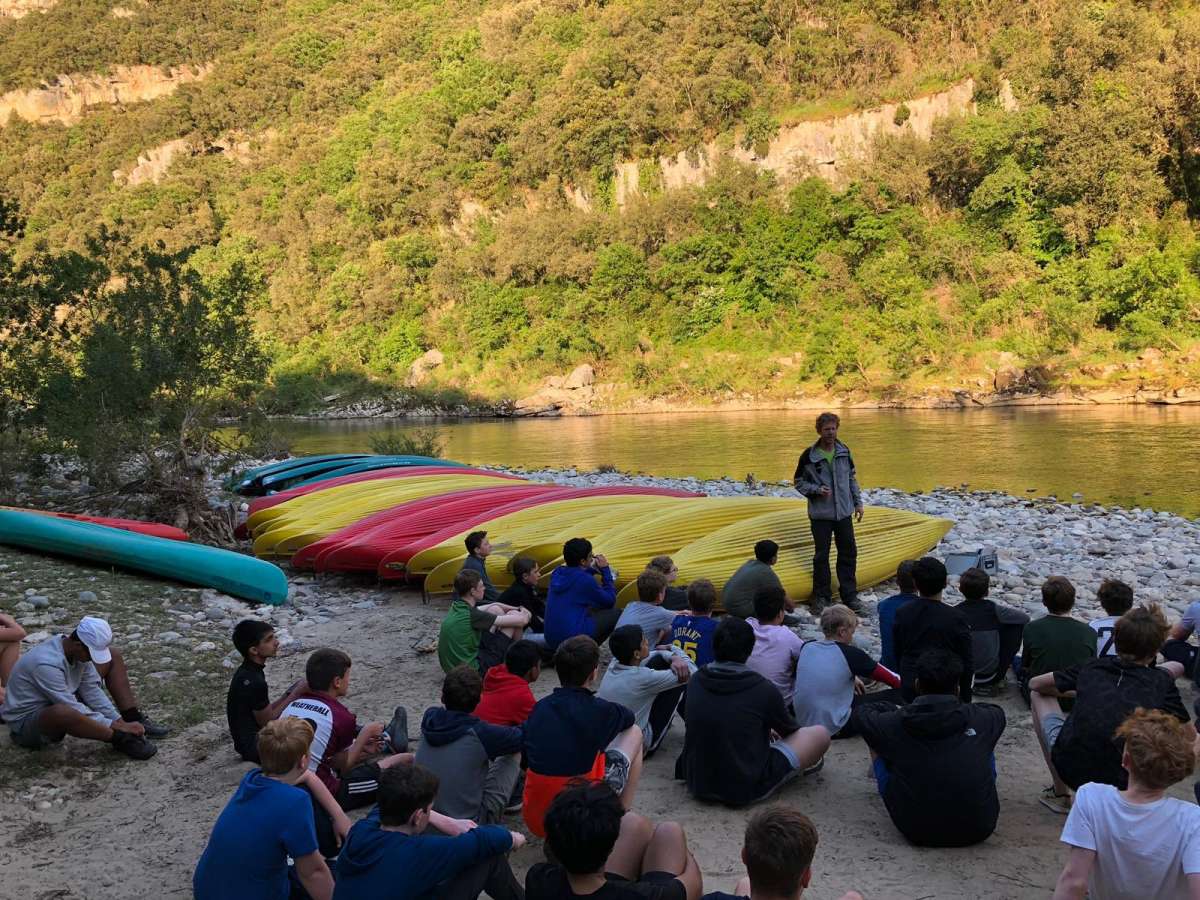 Monday, however, involved a different routine, consisting of a wide range of activities. In the morning, students had the opportunity to cycle through vineyards and local routes under the hot sun. Despite there being a wide variety of abilities in cycling, the students managed to confidently explore the different parts of Ardeche, taking time to appreciate the great views from the hills. The afternoon introduced us to paddle boarding and raft building. Plummeting into the cold water suddenly became more familiar. Some students however, proved to be talented at building a strong and reliable raft. Others, like myself, were just enthusiastic. 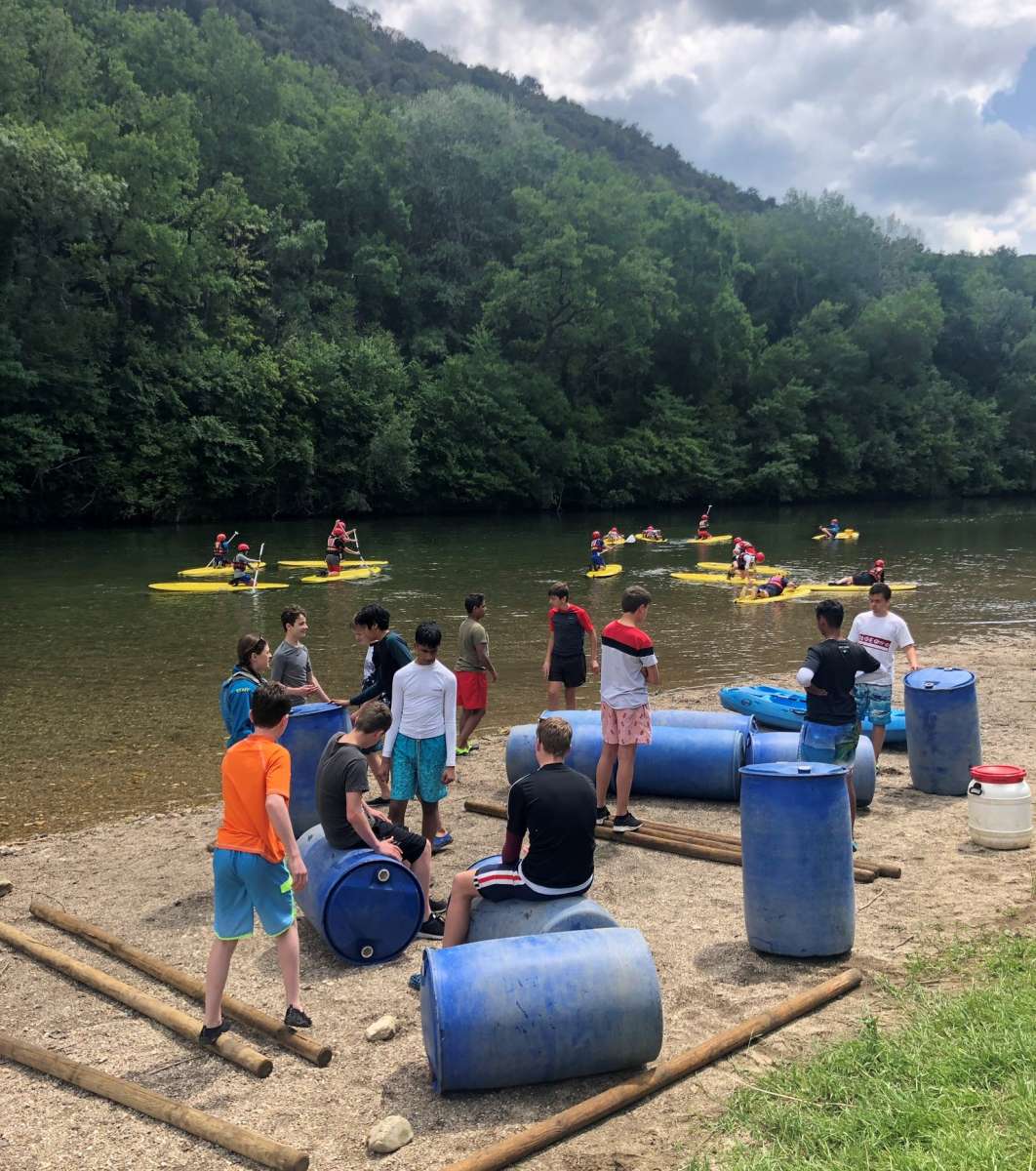 A personal highlight of the trip were the activities we participated in, on Tuesday. During the morning and the afternoon, we were taken down the River Ardeche for the exciting and nerve-racking experience of canyoning. At first, I was cautious of the strong currents which took us down the river with considerable speed. However, I soon became used to the exhilaration and canyoning proved to be an unforgettable part of our week. After multiple jumps, we finished with a zip line that descended across the lake. To complete what was a brilliant afternoon, we went bowling and ate dinner at a nearby restaurant.

Wednesday signalled the start of our two-day descent of the River Ardeche. Our earlier day of kayaking provided us with enough experience to travel through jaw-dropping landscapes with ease, canoeing with a partner. After having lunch under the sun we continued on our journey, eventually arriving at the campsite where we would spend the night. After a well-deserved dinner, we rested overnight before completing our final day canoeing through Ardeche.

Huge thanks must go to the educational visits office and all the staff involved in making these activities possible.