An Historical Outing to Berlin 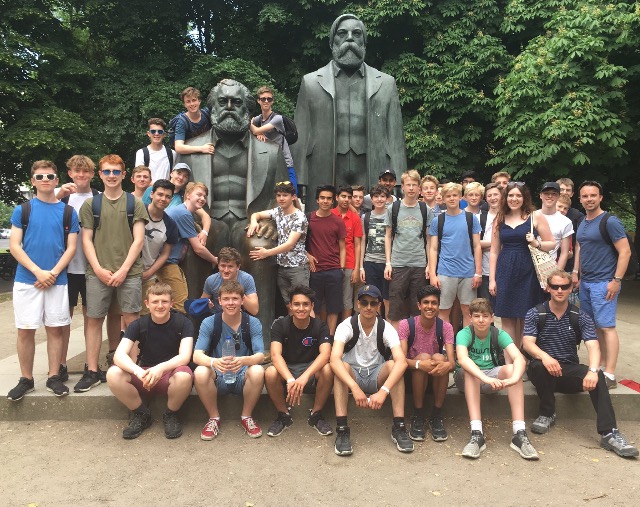 During the first part of the May half term, two groups of Year 10 students studying History were given the chance to visit the city of Berlin. The trip aimed to give us a first hand experience of a city of huge global importance throughout the 19th century, and it tied in perfectly with our recent GCSE study of Weimar Germany, Nazi Germany and also the Cold War - which will be covered in Year 11.

After a delayed and extremely lucky getaway (avoiding the British Airways computer system crisis), we arrived safely in Berlin. Unfortunately, the first group were unable to spend the day as planned, but the second group spent the afternoon at Cecilienhof, a beautiful palace nearby where the Potsdam Conference occurred in 1945 - this being the conference to decide what should happen next in the aftermath of the Second World War. An evening visit to the East Side Gallery followed, where we saw a section of the Berlin Wall covered in what has become world-famous graffiti and powerful artwork. 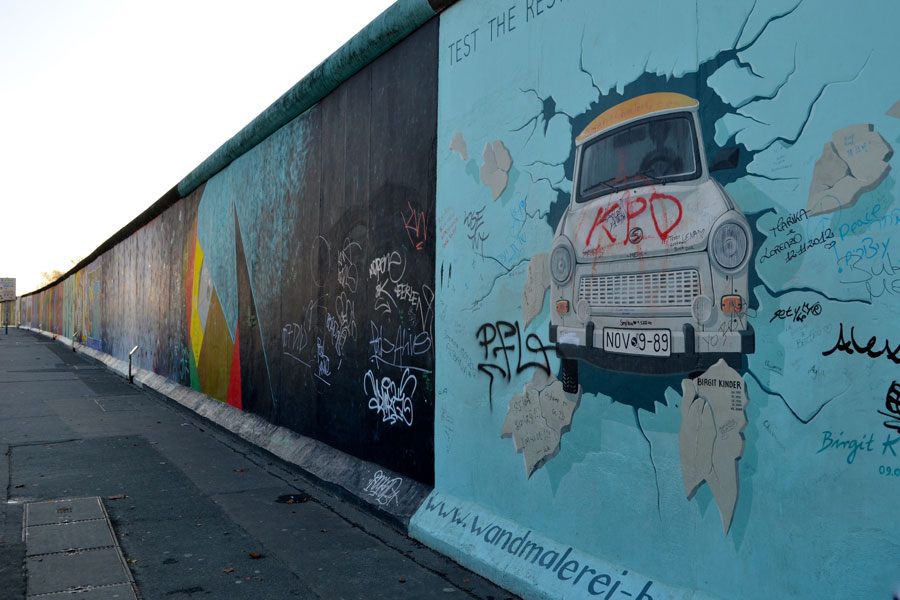 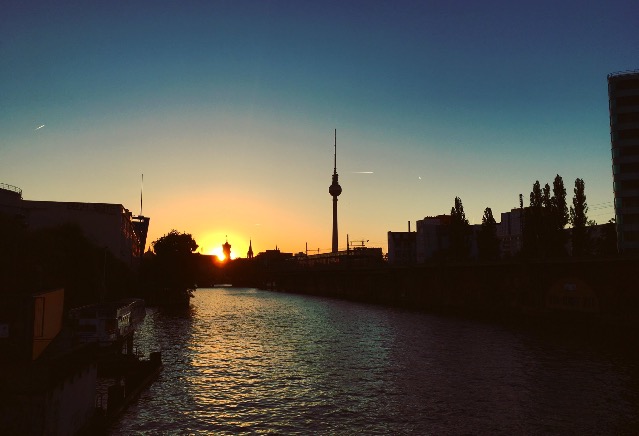 The second day was very much a day of memorial, where we visited one of the most notorious concentration camps for political prisoners - Sachsenhausen. We learnt about the harsh conditions for inmates during Hitler’s reign, and this was followed up by a visit to the Holocaust Memorial - a collection of grey stones designed to create an uneasy, confusing atmosphere as you walk through . Simple, yet extremely effective. The day was balanced out with a trip to the Olympic Stadium (which hosted the German football cup final the night before) and a luminous indoor mini golf course!

On the third day, we were introduced to the history of Berlin during the Cold War, when it was divided into four zones, and the Berlin Wall was built to prevent anyone leaving the Eastern (Soviet) zone into the Western (British, American and French) zones. We went to an area of the wall that had been rebuilt to show how it would look during the 1960s, and it was clear to see how hard an escape attempt would have been. An overview of life in East Berlin in the DDR Museum preceded a trip to the Stasi Prison Museum, a place where political prisoners and people who tried to leave East Berlin were held under extreme conditions. In addition, we had a visit to the statues of three iconic figures that changed the world: Karl Marx and Friedrich Engels, the founders of Communism, and Martin Luther, the man who began the Protestant reformation with his 95 theses. This extremely busy day was concluded when we went up the 368m high TV Tower, where we had some stunning views of the city.

Our final day began with a three-hour walking tour where we saw some of the more notable sites of the city such as the Brandenburg Gate, the Reichstag, the Topography of Terror, Hitler’s Bunker, and Checkpoint Charlie. Our final destination was the Palace of Tears: it got its name because it was a location where one could move from West to East Berlin, and there were many tears shed as there was no going back and it was the last time many people expected to ever see their families.

That brought an end to a truly amazing trip that provided the perfect balance of entertainment and education. From Mr Buckland’s passionate educational speeches to the daily ice creams and the sweltering heat, we all enjoyed every moment of the trip and wish it could have lasted longer. Thanks are owed to the History Team and the Visits Office for organising this trip - and to any future GCSE Historians, you definitely don’t want to miss out on this opportunity!