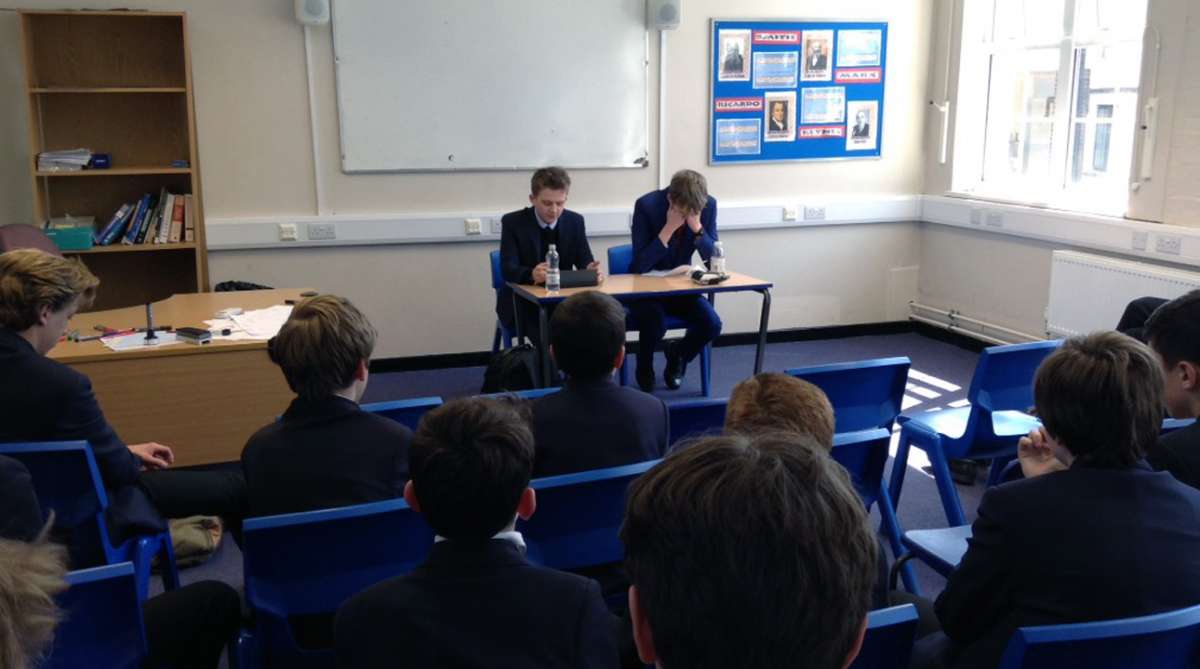 In order to explore further into the Christian faith, boys from all years were invited to ‘Grill a Christian’; in which audience members were allowed to ask any question they wanted to Sixth Form members of Christian Union. James Lilley and Jonny Rodgers spoke on behalf of the Christian faith.

Over the course of the lunch time, they answered a spectrum of interesting questions. The discussion had an amazing turnout, with students from every year attending. Many questions were asked that dug deep into the Sixth Form students’ knowledge of their faith, such as asking about how all of the books from the bible were assembled more than 200 years after Jesus Christ’s death. It was a very enjoyable discussion that we all learned learned a lot from.