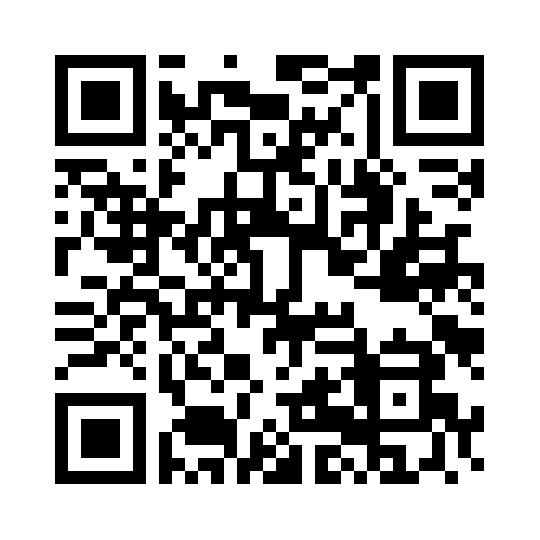 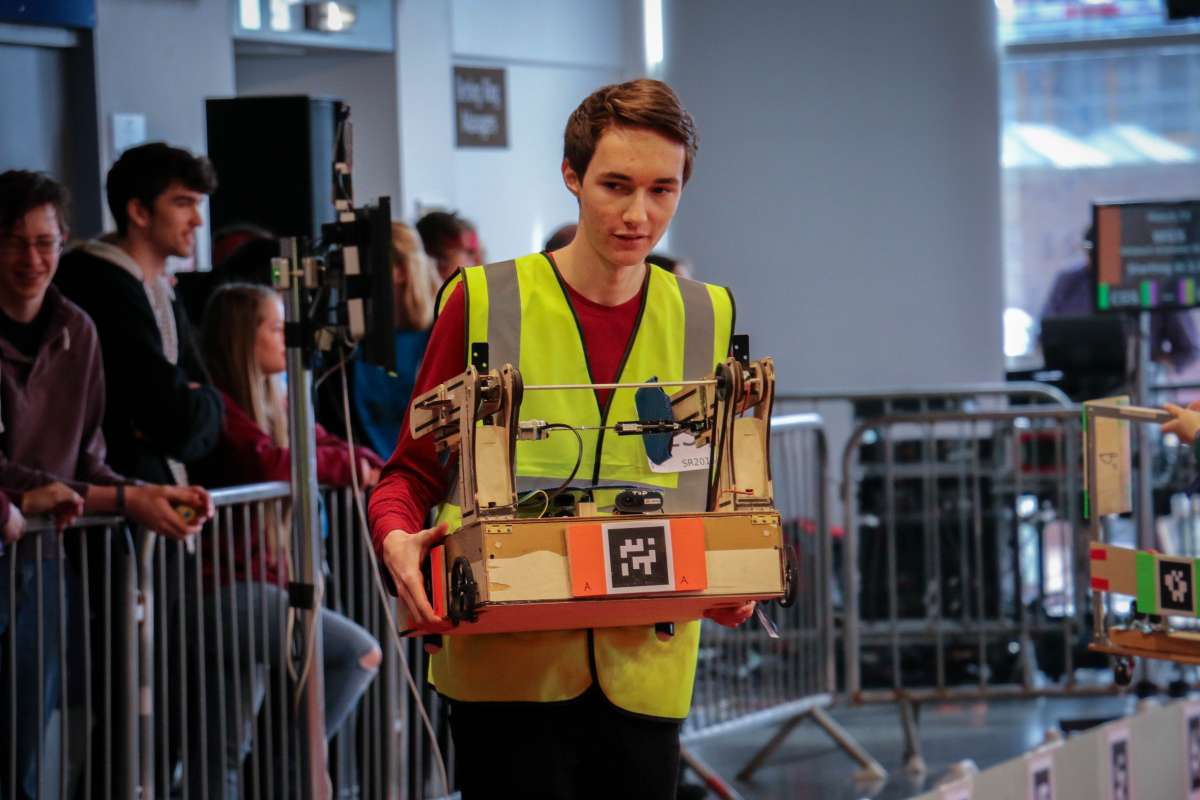 At the beginning of this month, nine students from Years 10 and 11 visited the annual Student Robotics competition at the Newbury Racecourse Grandstand. After a quick look at the competition the boys were allowed to roam around the three floors of the building: the ground floor, where the two arenas housed the main event; the first floor, which housed the refreshments and some practice arenas and cubes; and the second floor, where the people behind the robots pored over code on their computers in desperate last-minute attempts to debug their robots.

The competition itself was composed of two to four handmade robots, usually constructed out of variations on wood, plastic and metal frames with a plethora of different functional pieces, such as claws or vacuums, attempting to orient coloured cubes so that their allocated colour was facing up for 1 point and then moving the cube to their corner of the arena for an extra point. The competition began on 30th April with a league, which continued into day two of the competition, which the boys watched. The competition then entered a knockout round leading up to the final, which was won by RGS Guildford. 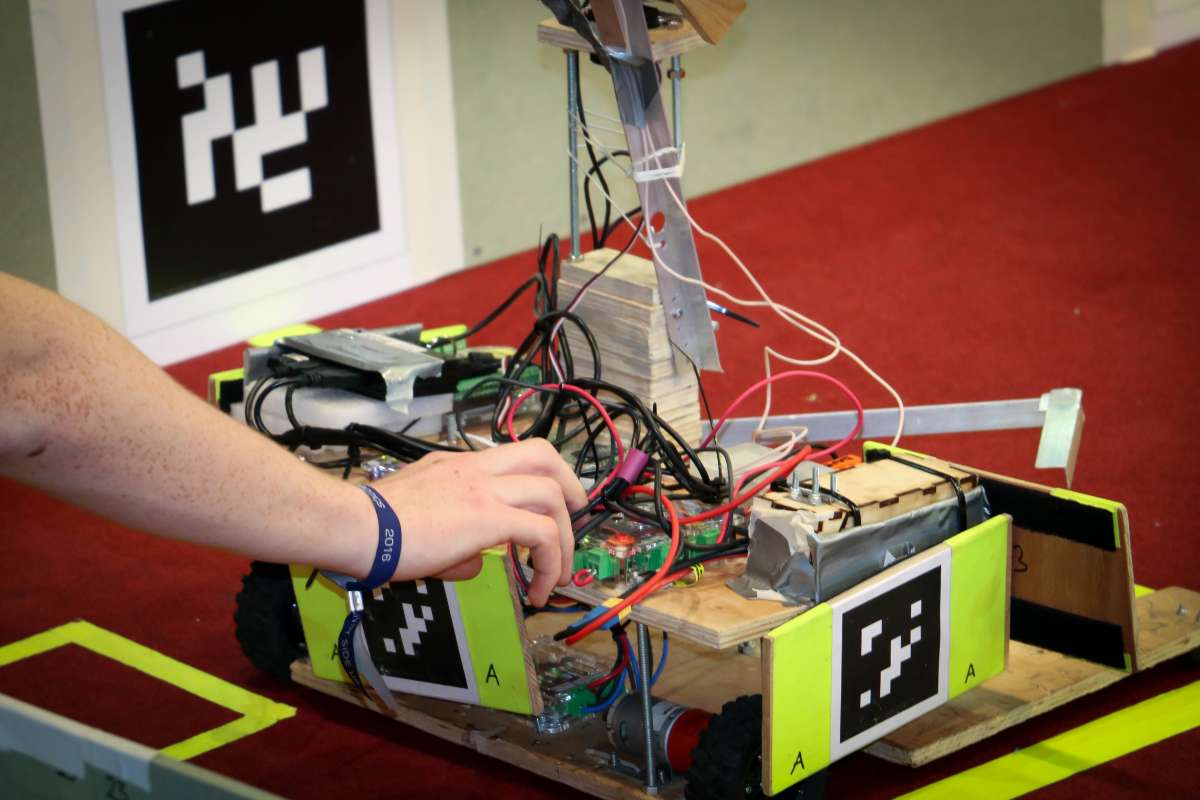 Overall the boys got a lot out of the trip and thoroughly enjoyed it. Thank you to Ms Timpson for organising the trip as well as Mr Silvester and Miss Binion for accompanying the trip.