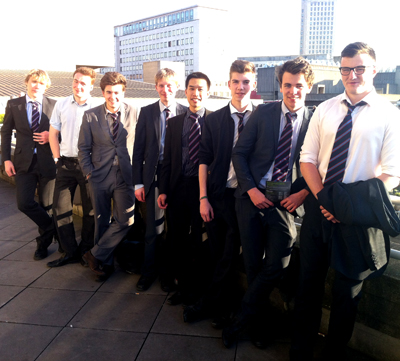 Othello is one of Shakespeare’s most well-known tragedies, where the controversial figure of Othello is metaphorically dragged from the heavens to hell. An enthusiastic group of Year 13 students recently went to visit the production of this fantastic play at the National Theatre.

The production proved very effective in providing an alternative interpretation of this piece of traditional Shakespeare in that the play was reinvented with modern sets and props. The essential elements of the play, however, were conveyed effectively and overall it was a highly beneficial and enjoyable evening!

While some students had already studied the text, this visit gave all the students the chance to see the play performed live, which provided them with a more profound awareness of the piece, whereas for those who were new to Shakespeare's Othello it gave an immersive introduction to the play. This visit assisted the students with their A2 course, allowing them to develop their literature repertoire in time for their exams.