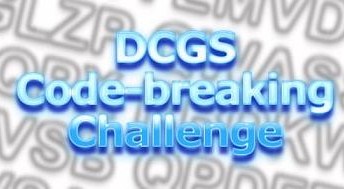 This term, forms in years 7, 8 and 9 battled it out to become victorious in the Inter-house Code breaking competition.

The first code, a reasonably straightforward letter shift, proved no trouble for any of the entrants, and the marks were impressive with 15 submissions and 9 forms scoring full marks giving Foxell the overall lead. The second code used more advanced coding techniques, but again 16 codes were submitted and 15 forms scored maximum marks. Week 2 saw Newman and Rayner tying for overall first place. By week 3 the Maths team realised that the code had to be significantly trickier so used a combination of codes, including Braille. Again, they were inundated with successful submissions, 13 in total, with 10 being 100% correct. At this point the competition was particularly tight, with Rayner, Thorne, Foxell and Newman tying for first place across the different year groups.

For the finale, the last code was so complex that the majority of the students were foxed! This code was of a similar standard to the codes produced during World War 1 to send secret messages using the Enigma machine and only 5 submissions were received, 2 of which were perfect. With a spectacular effort from Rayner, they managed to make a clean sweep of the competition and win the year 7, 8 and 9 competitions. Congratulations to all those budding code-breakers who took part in what proved to be a challenging and hard fought competition.