On Saturday 20th February 2021, the rare moonflower cactus blossomed in Cambridge University's Botanic Garden. Scientists believe it was the first time this flower has bloomed in the UK. The Botanic Garden recorded the blooming of this flower during the night, and the video (below) has gained over 100,000 views on YouTube in the last week. The flower usually starts to bloom at sunset and stops by sunrise, meaning the bloom only lasts for 12 hours.

The flower was around 28cm long and emitted a sweet fragrance. However, two hours after it had fully opened, its scent changed to a sour smell, before closing up again at sunrise.

The plant spirals around tree trunks with flattened stems and is mostly found high above the floodplains of the Amazon Basin. Its white flowers reach around 27cm in length and 15cm in width and its smell attracts pollinators. The moonflower was given to Cambridge University six years ago by Bonn Botanic Garden in Germany and was attached to a water chestnut tree. In a glasshouse, it climbed 12ft above the ground before coming into bud.

Margaret Mee, who was an Old Challoner from the 1920s, was a botanical artist who produced artwork of hundreds of wonderful plants but specialised in Brazilian Amazon rainforest plants. She was the first ever person to produce an actual image of the moonflower. The school has a collection of her beautiful prints, including one of the moonflower (below). 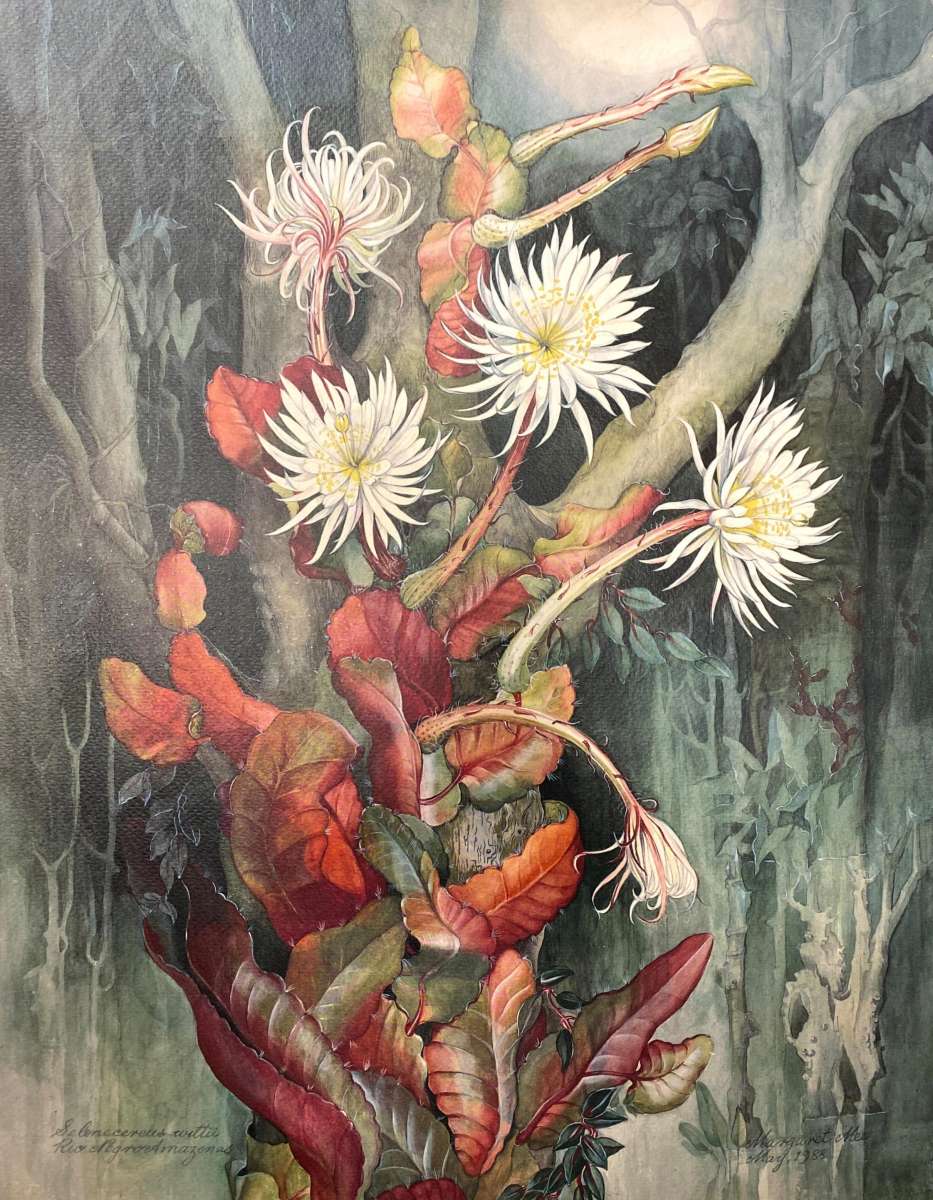