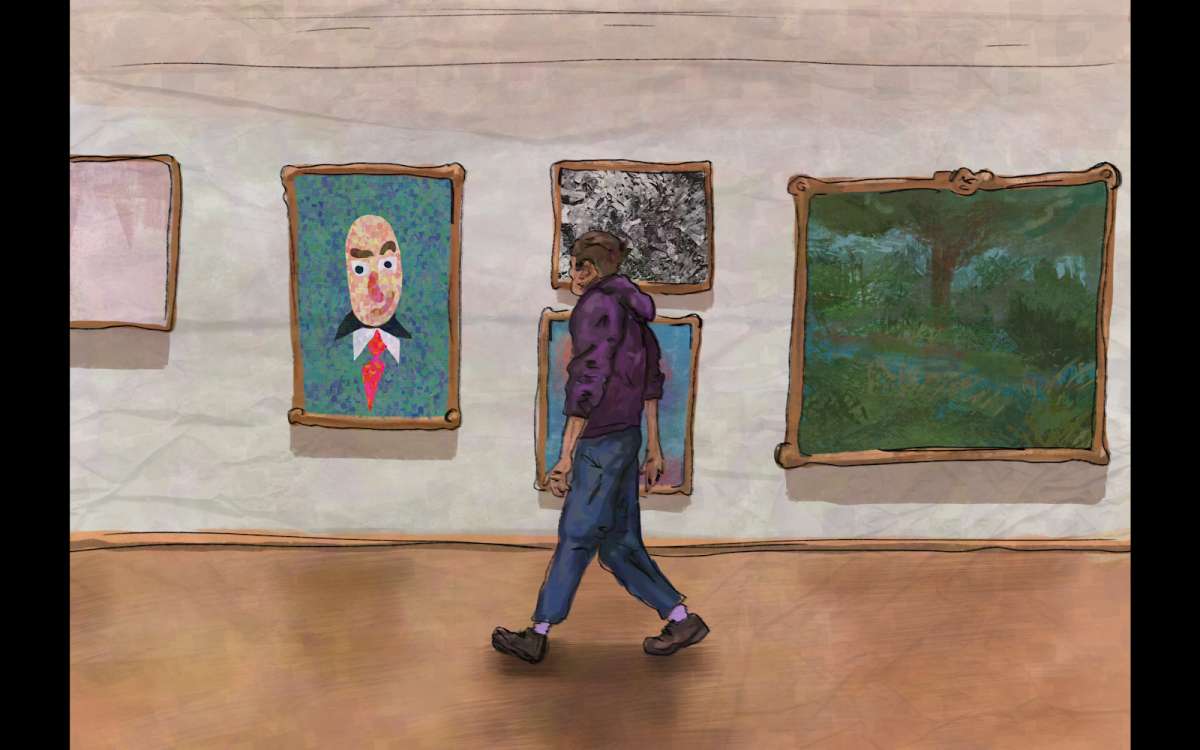 ARTiculation is the Roche Court Educational Trust’s national and international public speaking initiative, championing the appreciation and discussion of art. It enables a wide range of students aged between 14 and 23 to develop their confidence and ability to express their opinions, thoughts, and reactions to the visual world.

ARTiculation works across England, Scotland, Ireland, and Italy to deliver the annual ARTiculation Prize alongside several other ARTiculation initiatives. 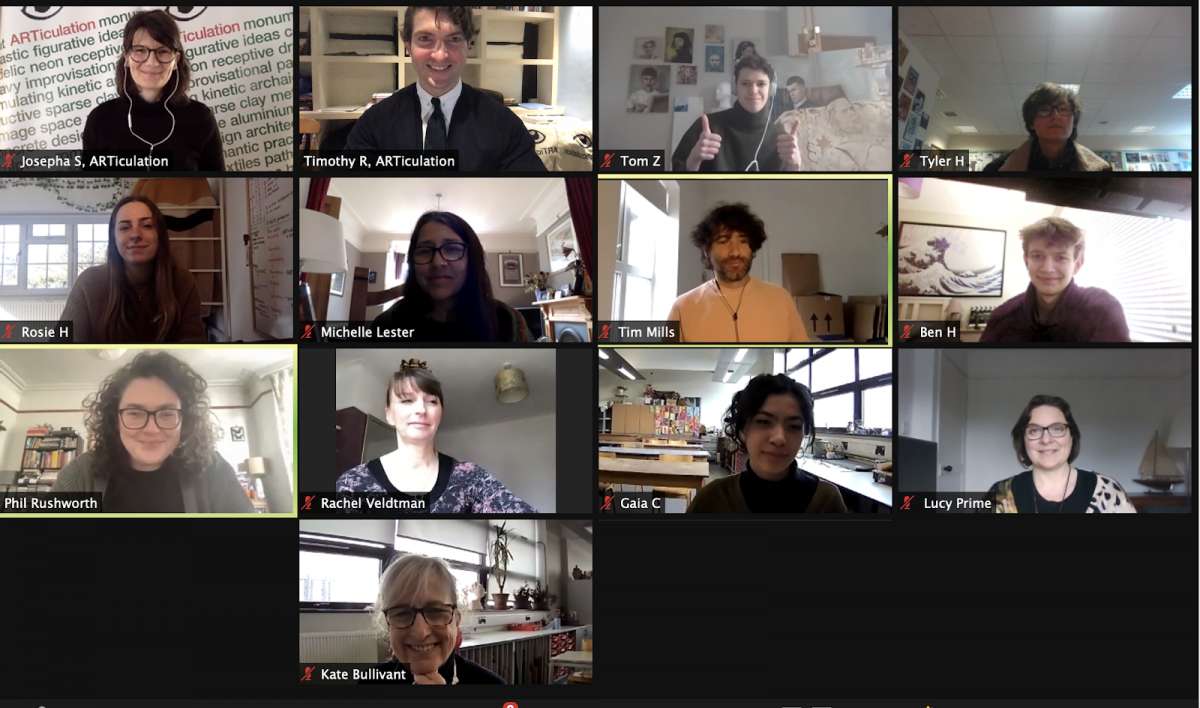 The Lockdown of 2020/21 stopped many in their tracks, but art student, Tom Zandonati, was not one of these. Amongst over 4000 other students from 200 schools, Tom prepared a speech for the competition: ARTiculation. His talk (see recording below) about Freud’s portrait of Auerbach, won the school heat, the regional final, and he is now one of only 10 students in the ARTiculation Grand Final, hosted by the National Gallery, and adjudicated by art historian Griselda Pollock.

Tom started his speech by asking the audience to imagine themselves walking through an art gallery, “no, lets’ up the stakes a bit. Let’s say you’re an art thief, and you’ve just stolen a priceless piece of art”, “you’re just on the verge of escaping, and suddenly, you spot something in the corner of your eye, in that moment, you’re frozen in time. You’ve spotted a piece of art that for some inexplicable reason you were drawn to.”, “sometimes a piece just speaks to you...” For Tom, this was Lucian Freud’s painting of Frank Auerbach, painted in 1975-76. At a “small, really small” size of just 26.5 x 40cm, Freud’s painting of Auerbach “creates a subconscious connection between you and the painting, in that instant, it's not a scene or a moment, rather it's another person in the room.”

Tom then went on to talk about Lucian Freud as a person, mentioning the fact that Lucian is the grandson of Sigmund Freud. He picked up on Freud’s reclusive and unusual personality and mentioned how this was reflected in some of his artwork. Tom also talked about the story of Freud: he was a German Jew, born on the 29th April 1931, he and his family escaped the Nazi Ghettos in 1943, narrowly avoiding the Holocaust. Tom made the suggestion that Freud’s childhood trauma was what drew him closer to Auerbach since they had that in common.

Tom then showed other artwork by Freud to compare with the piece that is the focus of his speech. He focussed on the blaring similarities between his piece of Auerbach and his self-portraits, further picking up on the childhood trauma connection that led him to create the piece in the first place. 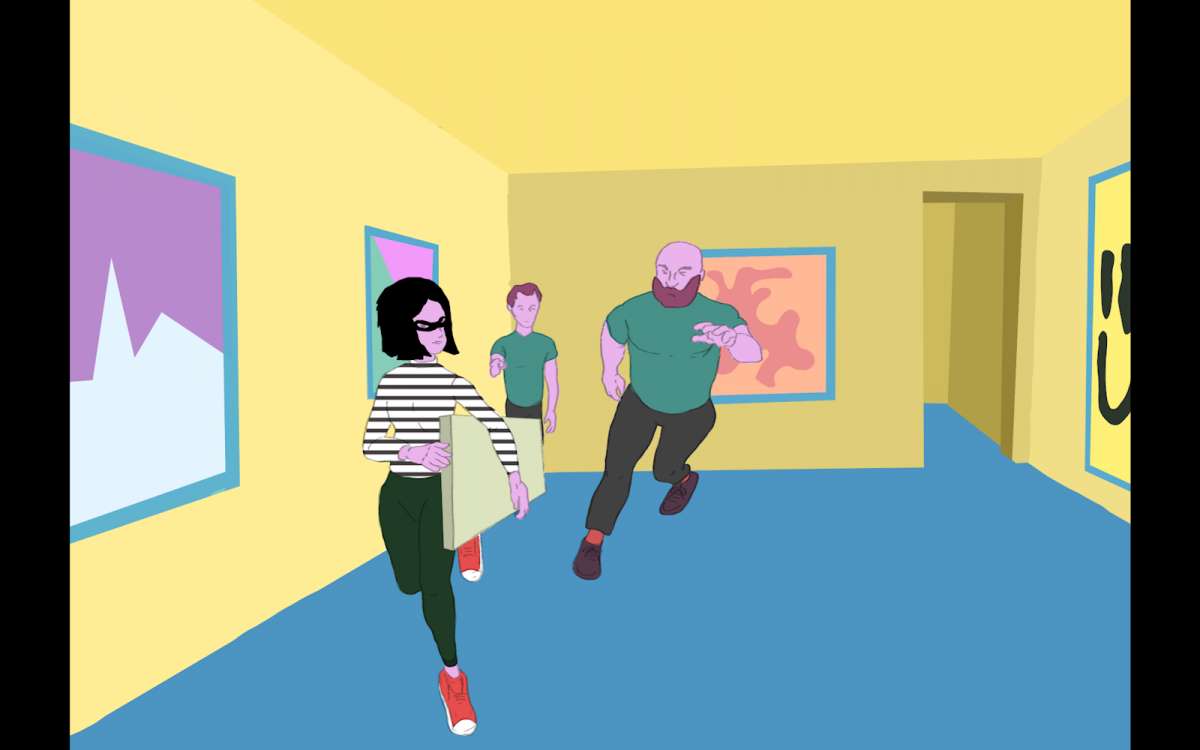 One of the most notable and commendable features of Tom’s presentation was the original slides that he designed himself to illustrate the story that he was guiding his audience through.

The adjudicators: Phil Rushworth and Tim Mill were very impressed with Tom’s speech. They applauded all the participants for their courage in not only taking part in a public speaking competition but in doing so under such unusual circumstances and on-screen. Tim Mill also praised Tom for his calmness in initially having to deal with the slides not working and applauded him for hooking the audience in from the very beginning. He described Tom’s presentation as being “both friendly and informative; accessible and very engaging”, adding that ending with the image of the sitter and the artist showcasing their relationship, had been very poignant.

From my perspective as a potential future competitor, having watched Tom’s speech, I am very impressed by Tom, especially in his confidence, fluency and the level of detail at which he presented and analysed very complex artwork. His speech serves as a challenge to me, as I can now strive to produce a talk that is a similar standard to his. All I can add now: on behalf of DCGS, Tom, we wish you the very best with the Grand Final, and many congratulations for getting as far into the competition as you already have.