Reaching Out With Science

Budding Year 12 Chemists put their practical skills to the test at Stoke Mandeville Combined School on Wednesday, performing a host of experiments in front of a highly receptive audience of Year 3 to 6 students.

The purpose of the visit was to engage and inspire the young audience with science, so naturally the experiments were rather spectacular, including the showstopper, “cannon fire” practical - where the production of oxygen in a separate reaction causes a crucible of burning ethanol to combust vigorously and produce gunshot-like sound and visual effects. 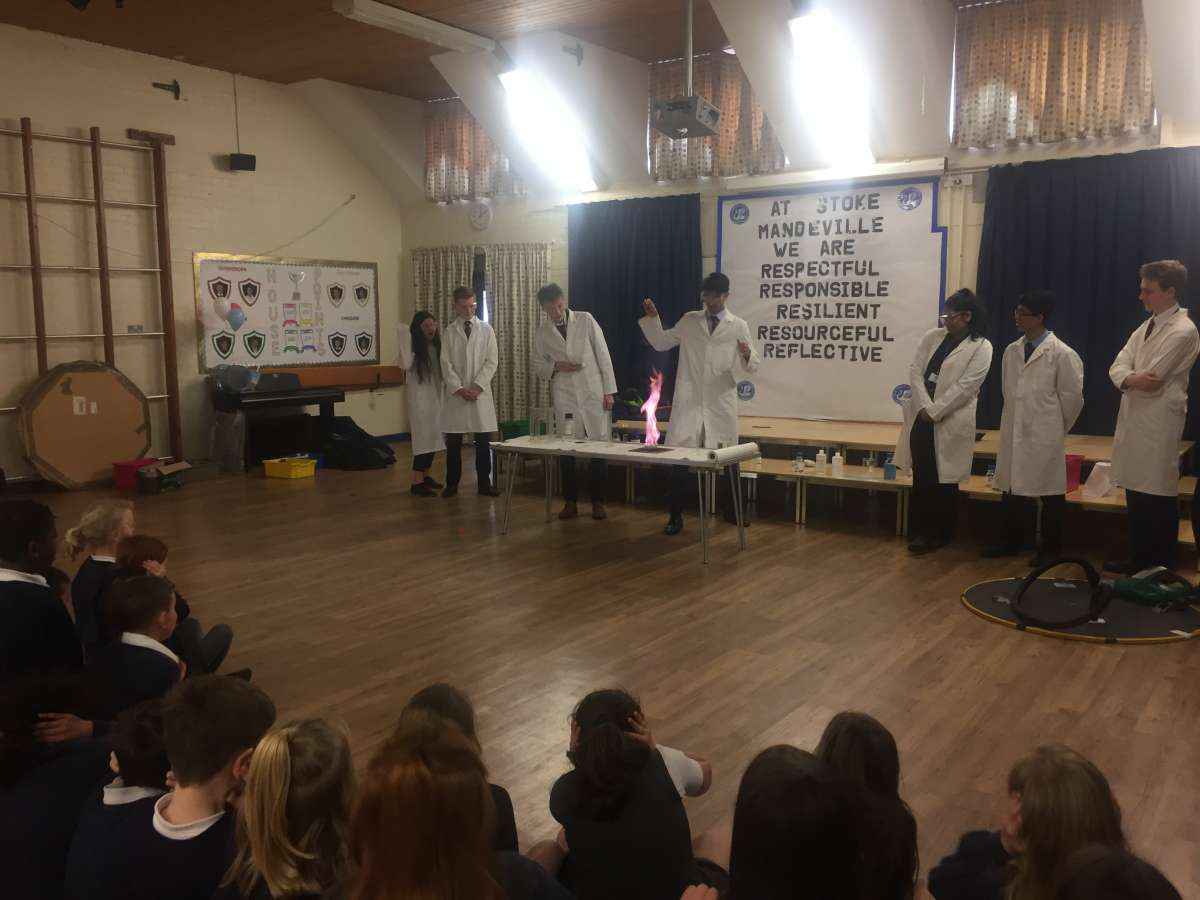 Other crowd favourites included the reaction of two colourless liquids to produce a liquid that had a strong blue glow to it and the “elephant’s toothpaste” practical where a foamy substance suddenly erupts out of a measuring cylinder; however, the highlight for many was Mr Hopkins’ grand finale of the explosion of a hydrogen balloon which ended the show with an unprecedented bang. 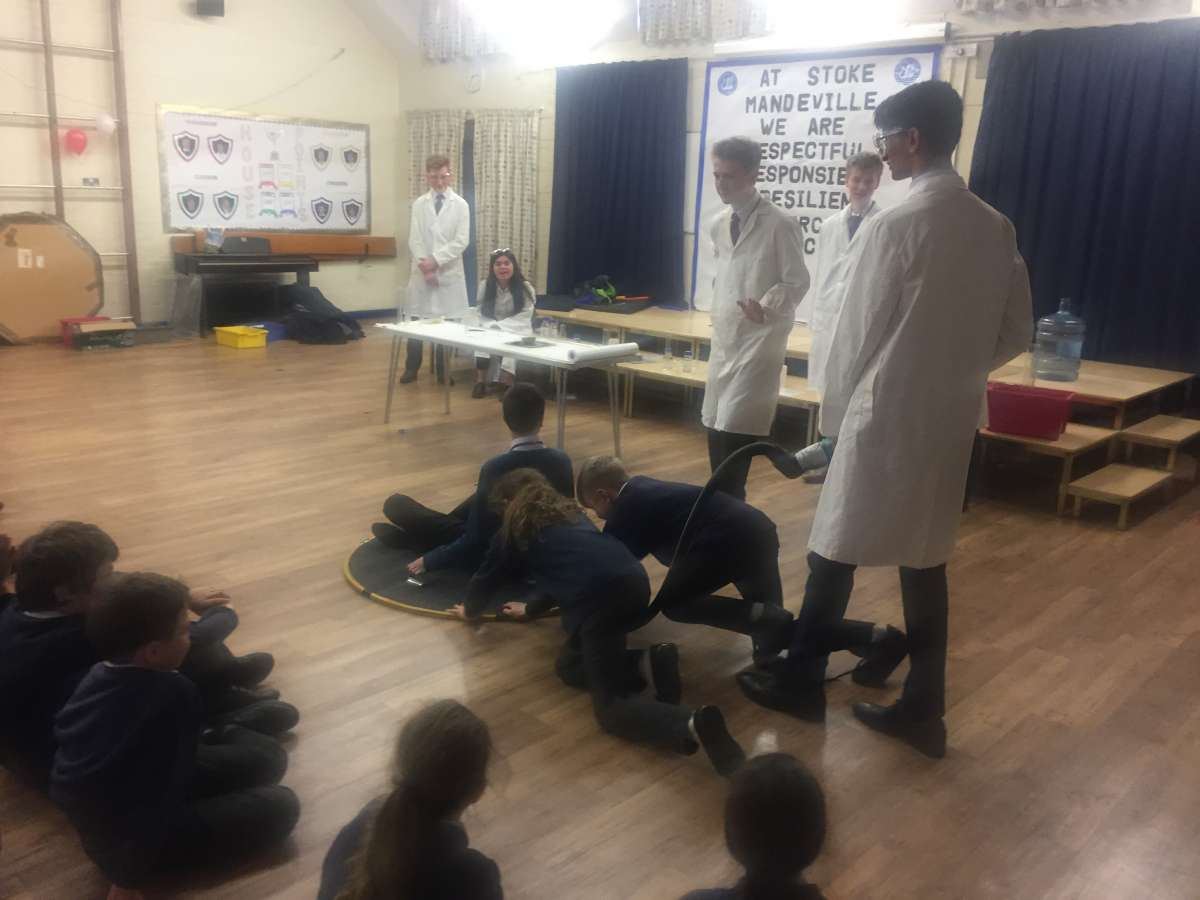 The experience was very rewarding for the Sixth Form students, who were tasked with explaining their individual experiments in increasing levels of complexity as they performed the experiments four separate times for each school year, in addition to engaging the audience whilst still taking enough care to avoid any accidents. 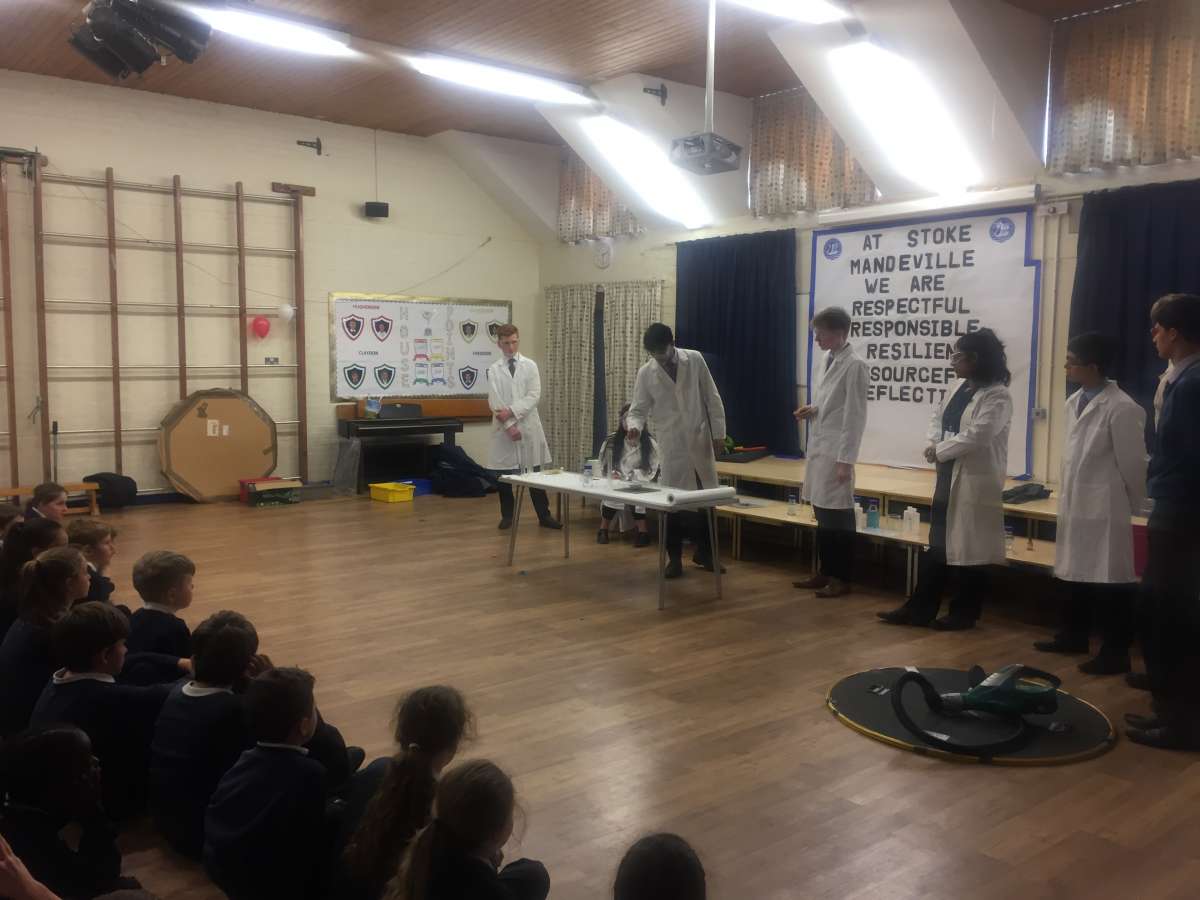 The practicals went down extremely well and the increased interest in science within the hall was quite apparent, perhaps more so than anticipated, which made the visit all the more worthwhile for us. Thanks to Mr Hopkins and Mr Bristow for organising a successful visit.