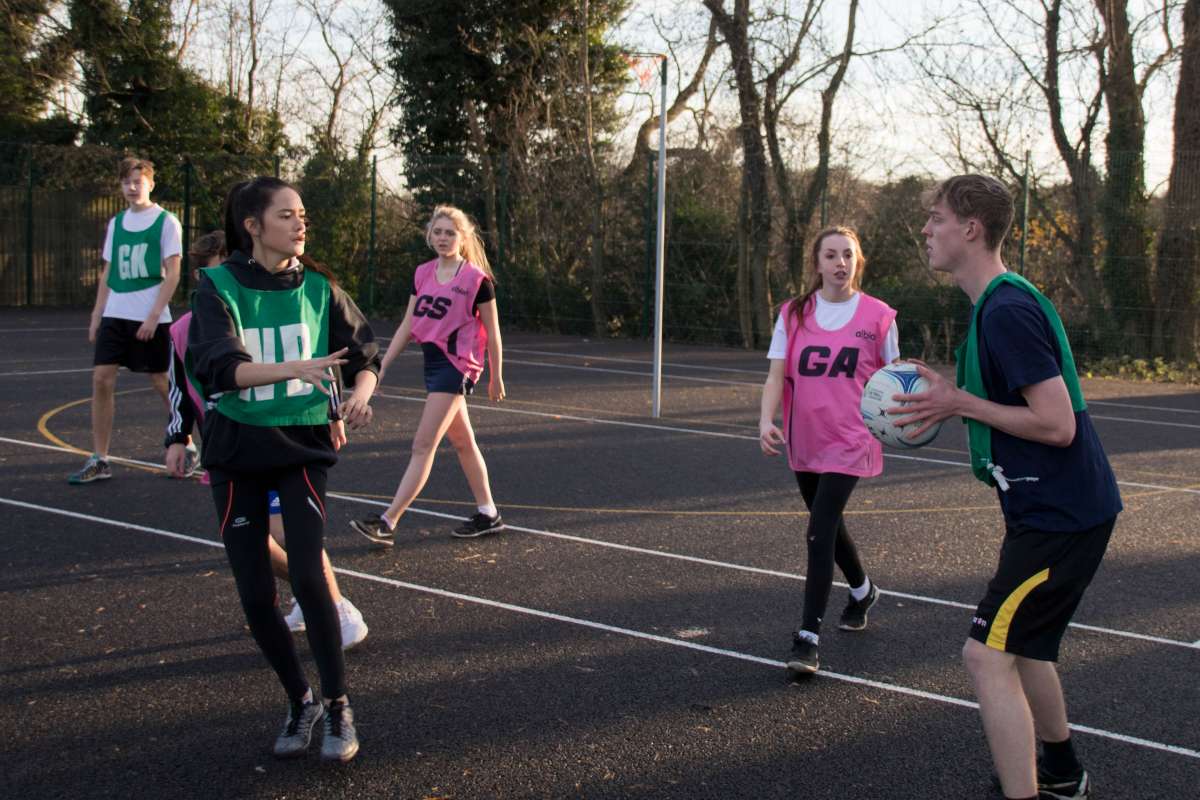 Eager to play this exhilarating sport, each of the six houses' new netball recruits came together on the courts to be prepared and informed of the multitude of rules of the game. Fortunately we had the legendary Alex Telford from Year 13 to watch over us with her eagle eye as umpire, and administer penalties every few seconds.

The ten minute games, though short, were packed with some stunning shots from long range and outstanding interceptions from the defence. The strong sense of team spirit wasn't hard to miss - unlike the goal, which was missing a backboard.

After two hours of solid netball, Foxell came out with the overall victory, followed closely by Rayner, and with Holman in third.

Without doubt, all the netballers - both those who had played before, and those new to the sport - enjoyed the matches, with many thanks due to the P.E. Department for organising the house event.