A Tale of Two Cathedrals

When you think of Britain’s most famous cathedrals, you might think of St Paul’s Cathedral or Salisbury Cathedral. And although Coventry Cathedral isn’t the most traditional medieval cathedral, it does at least have a good excuse.

On November 14th 1940, during the Blitz, Germans bombed Coventry because of its factories and importance to the army. Though not bombed, the cathedral caught fire and the roof collapsed. After the cathedral was destroyed, a number of different architects wanted to rebuild it. However, the final architect; Sir Basil Spence, instead decided to leave the original cathedral as a memorial ruin, and then rebuild the new cathedral next door.

The cathedral is definitely far more modern, without the exterior masonry - it at first seems rather like a large warehouse, but when the stain glass windows catch the light, its beauty can be seen. On either side of the building’s main chapel, floor to ceiling strips of stained glass are coloured in vivid hues. Furthermore, each window has a theme, for example, two display adulthood, one with an aggressive red dragon, and another with a mellow yellow one. The main chapel is also adorned with large monolithic slabs depicting bible quotes. Behind the altar, another floor to ceiling piece of art takes centre stage: a beautiful yet undeniably unconventional and striking rendition of the Messiah. 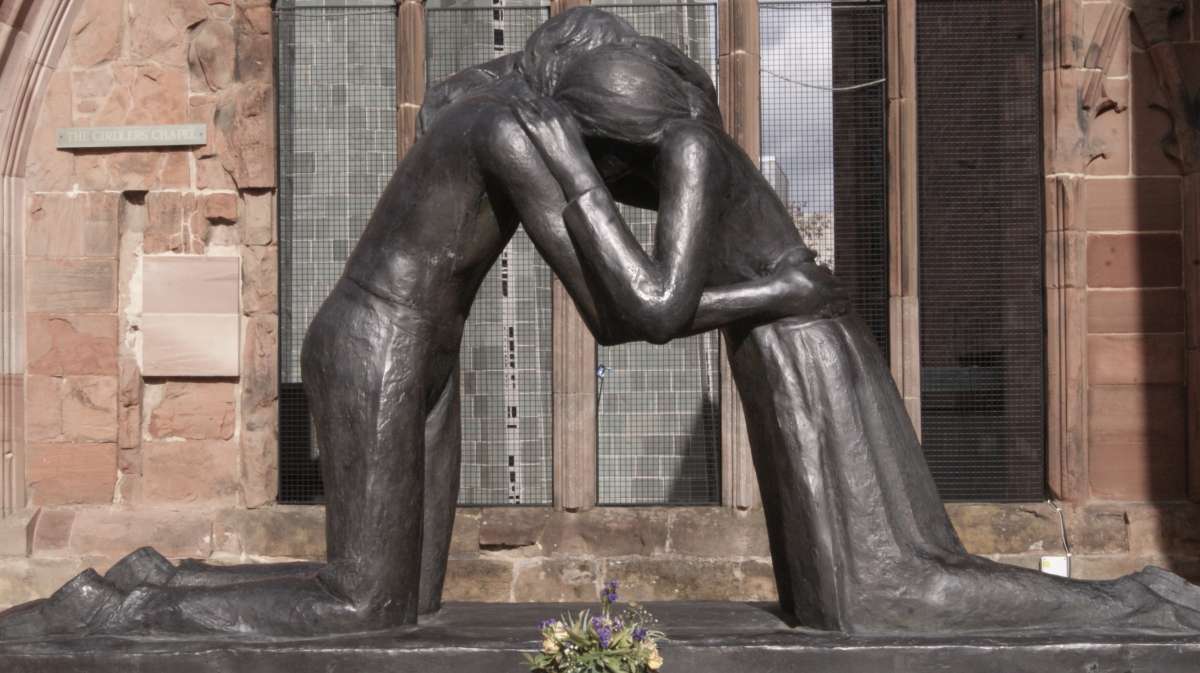 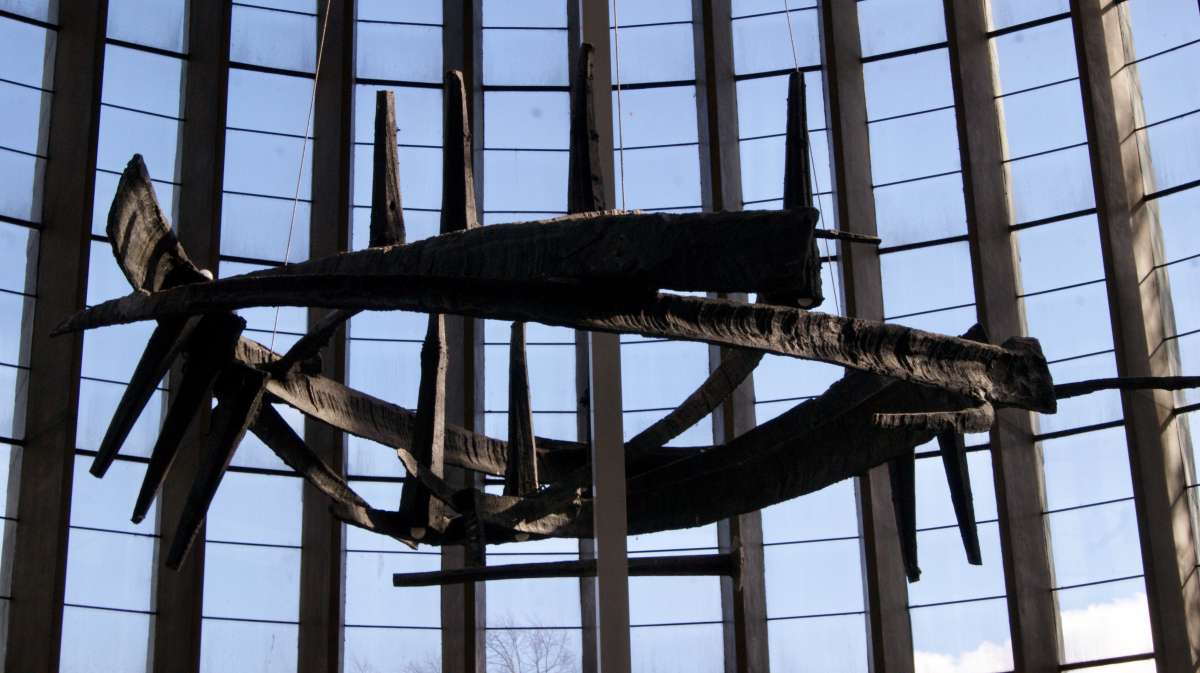 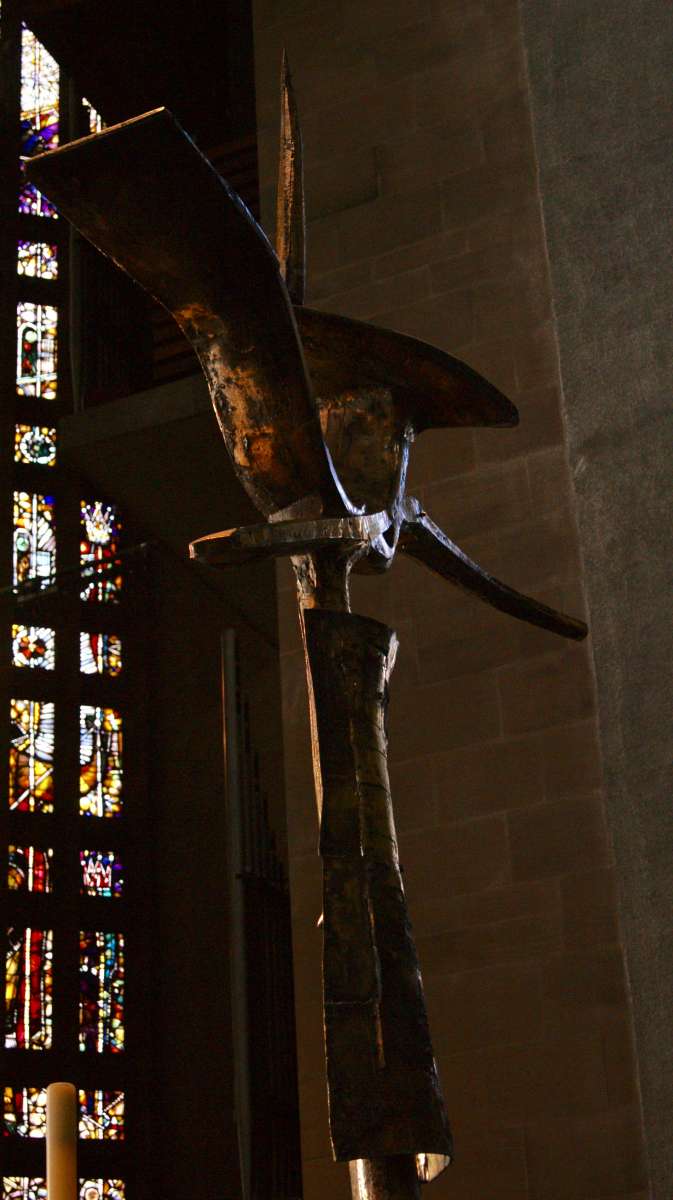 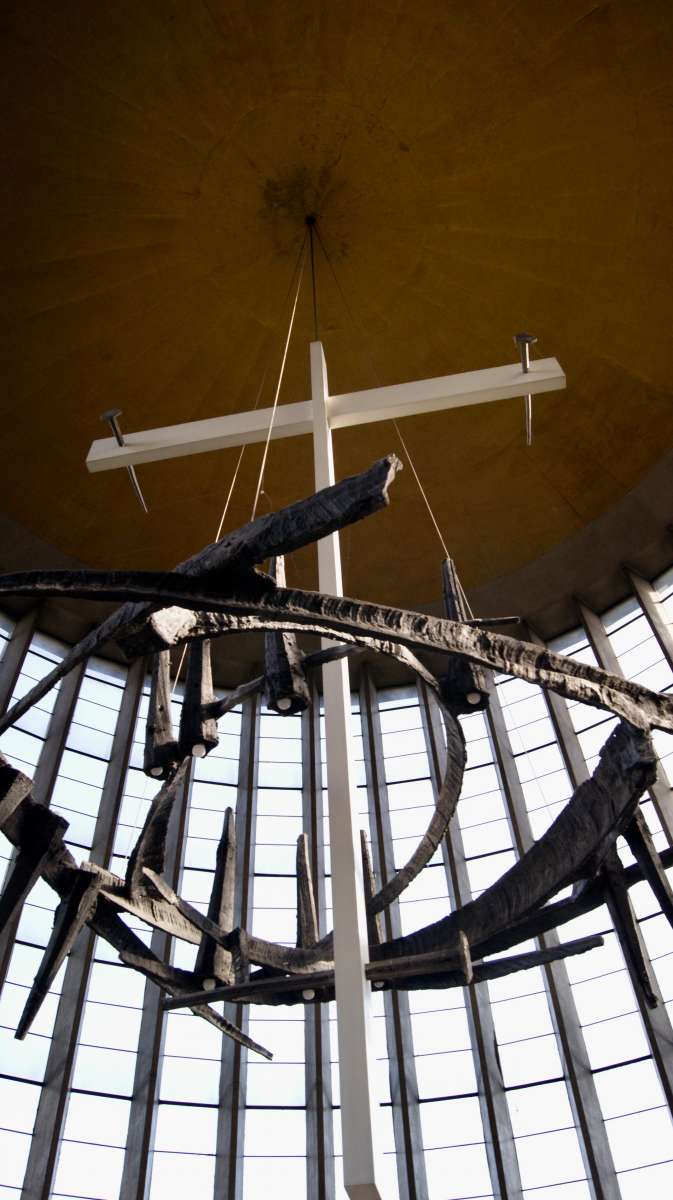 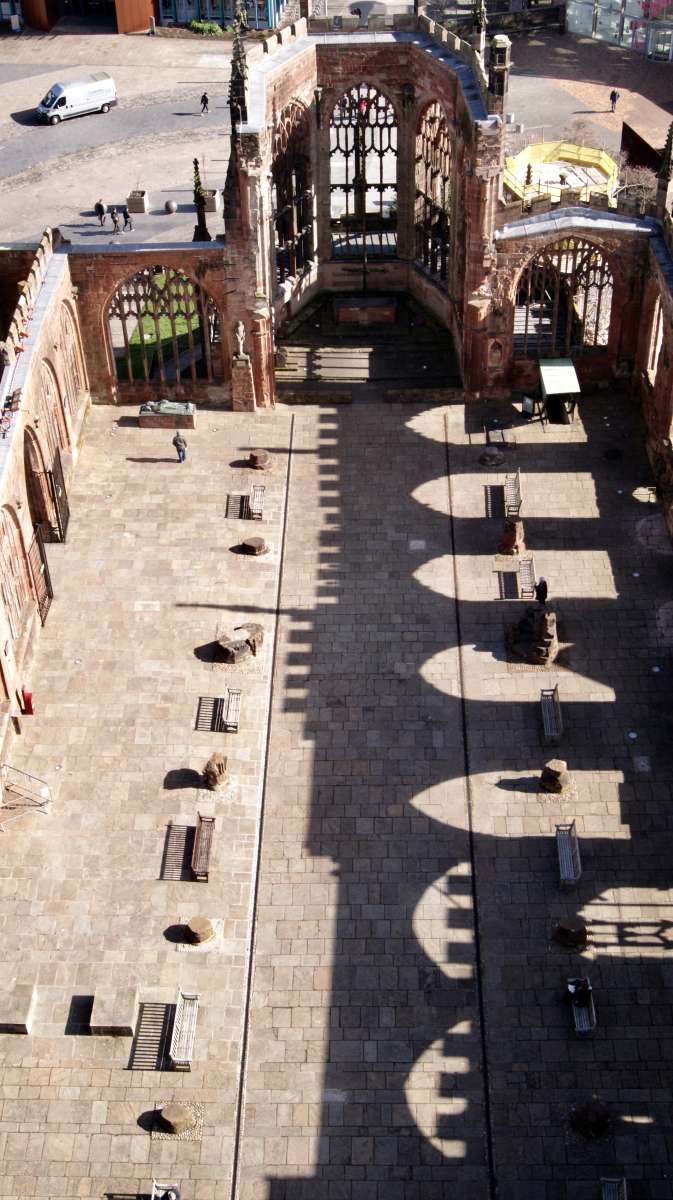 The cathedral has five chapels, the most notable being the Chapel of Unity, so filled with symbolism and references that it would make any English teacher cry. The moment you step into the chapel, you leave behind the Church of England faith of the main cathedral, and instead walk into a room that is to be shared by all Christians, regardless of denomination. Different parts of the chapel have come from all over the world, an important donation was the floor. A beautiful mosaic depicting all the continents of the world, and other symbolism, like a dove, and different Christian ideas.

One important and meaningful story in the Chapel of Unity was that of Sadako Sasaki. After Hiroshima was bombed, the young Japanese girl was fatally wounded, but decided to forgive and find peace, as a symbol of how she felt, she decided to make 1000 origami peace cranes. Unfortunately, she died in a hospital only completing around 670. However, her family finished the remaining peace cranes, and the finished curtain of them can be found in Hiroshima, while a copy was made specifically for Coventry Cathedral. 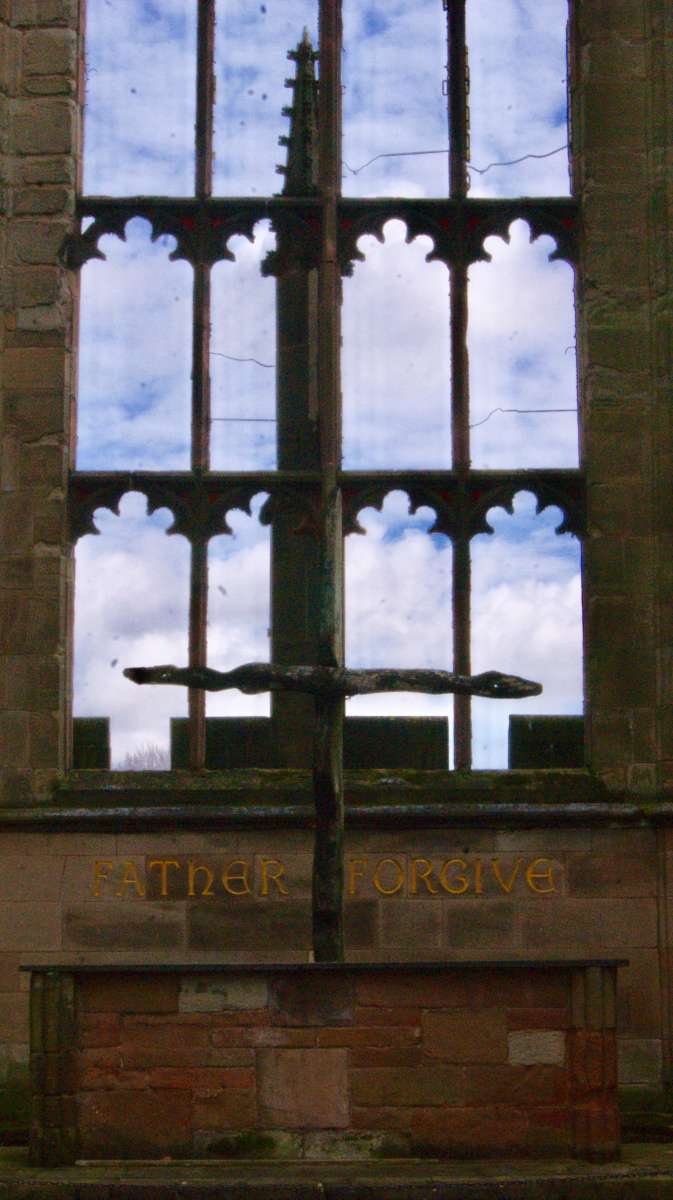 The old ruined cathedral was an especially interesting site. With the roof completely gone, there was a vulnerable feeling to it, with one side of windows being completely blown out, and the pillars and arches abruptly breaking off. However, the altar was especially eye-catching, sporting the iconic cross of nails - a cross made by twisting three nails found in the wreckage - and the words ‘Father Forgive’ in gold, written over the original chalk from the day after the fire. The ruin also had a tower with a nesting hawk at the top.

Art plays a huge role in the cathedral, one iconic copy given to the cathedral from Germany was the Stalingrad Madonna by Kurt Reuber. It is a mournful yet hopeful image, done on Christmas to allow the soldiers to pray for salvation in the middle of the bloodiest battle of the Second World War, the Battle of Stalingrad. The piece is said to be the main contributor in convincing soldiers to go against Hitler’s orders and to surrender, to have a better chance of survival.

Other pieces of art are important to Coventry Cathedral, the translucent and pale Great West Window, the brightly coloured Baptist window, behind a boulder from Jerusalem - uncut except for the pool in which the faithful are baptised. Another powerful piece is the statue Reconciliation by Josefina de Vasconcellos. It shows a reunited couple that the artist supposedly saw on a trip to Europe after the war. The two bend together to form a bridge, bringing two back into one.

After touring the cathedral and seeing the beautiful artworks inside, we got to grill a Christian, much like what can be done in Christian Union back at school. Many difficult questions were thrown her way, some of which RS students should recognise, like the 'Problem of evil', or homosexuality in Christianity. Many agreed with her, many disagreed, however, I can say that her views and approach to these questions was refreshing. In the modern day, we are so used to hearing a black and white view of what is allowed in religion, in politics, in school, and in life. But what we heard was a message of leniency, of following what you thought was right, and following rules you thought were just. For example, this particular clergywoman believed that homosexual marriages should be legal and allowed in religion, stating that she would bless any marriage if the church allowed it and that she had done so abroad. And though many might disagree with her, or say that she isn’t following the scriptures, to hear such a positive and compassionate view from someone who was clearly very informed on the religion, was new and brought some light to some conversations filled with some very loud opinions.