A Reinvention of Shakespeare

In recent English lessons, Year 9 have been learning about Shakespeare’s Romeo and Juliet, which have looked at many different interpretations of the play. These interpretations have ranged from successful movies to traditional theatre performances. However, we had not yet experienced one that wasn’t through a screen. This changed last Wednesday when we were visited by a talented theatre company to perform snippets of the play, in ways that I had never seen before. 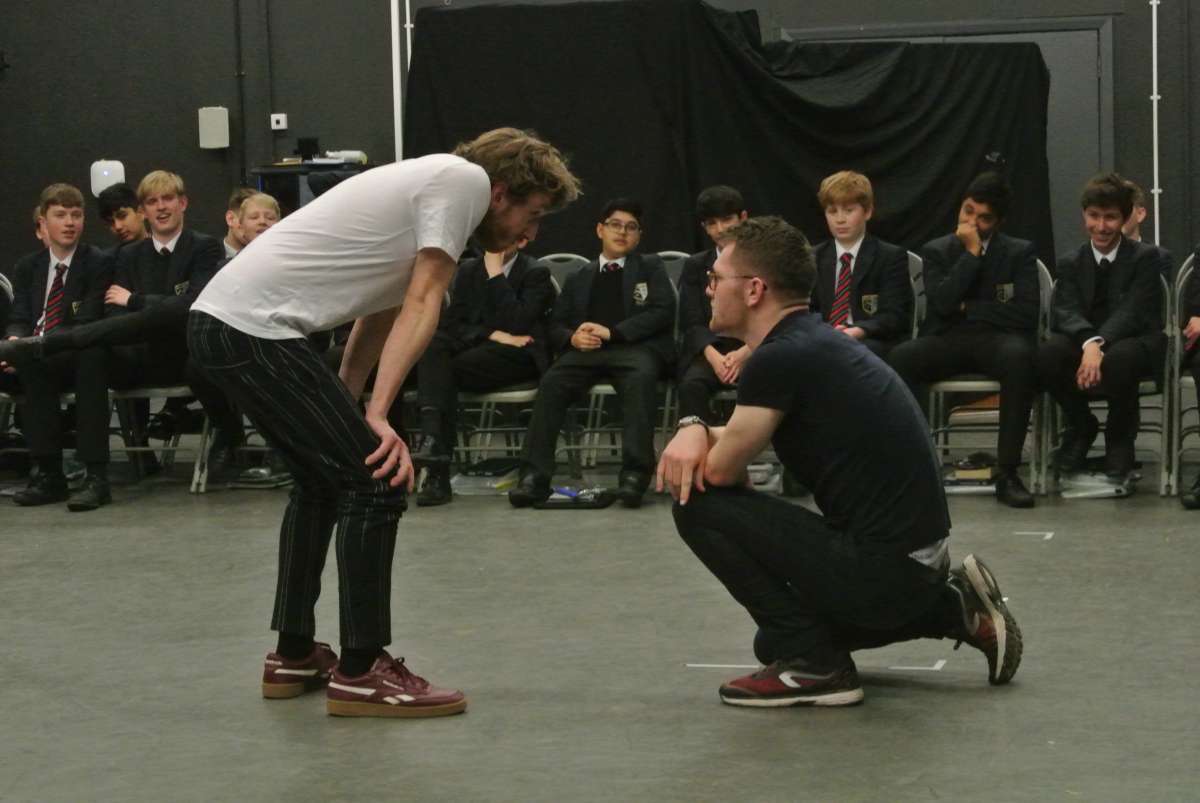 After taking our seats we were bombarded by sound as two men came onto the stage, dressed in colourful renaissance outfits. They acted the first scene in a rather over-dramatic fashion, before being cut off by the rest of the actors who were there to explain why they thought this wasn’t a good way to portray a scene in the modern era. For the next scene, they decided to collect ideas from us and incorporated them into the scene. Many students, including myself, thought this was highly entertaining. 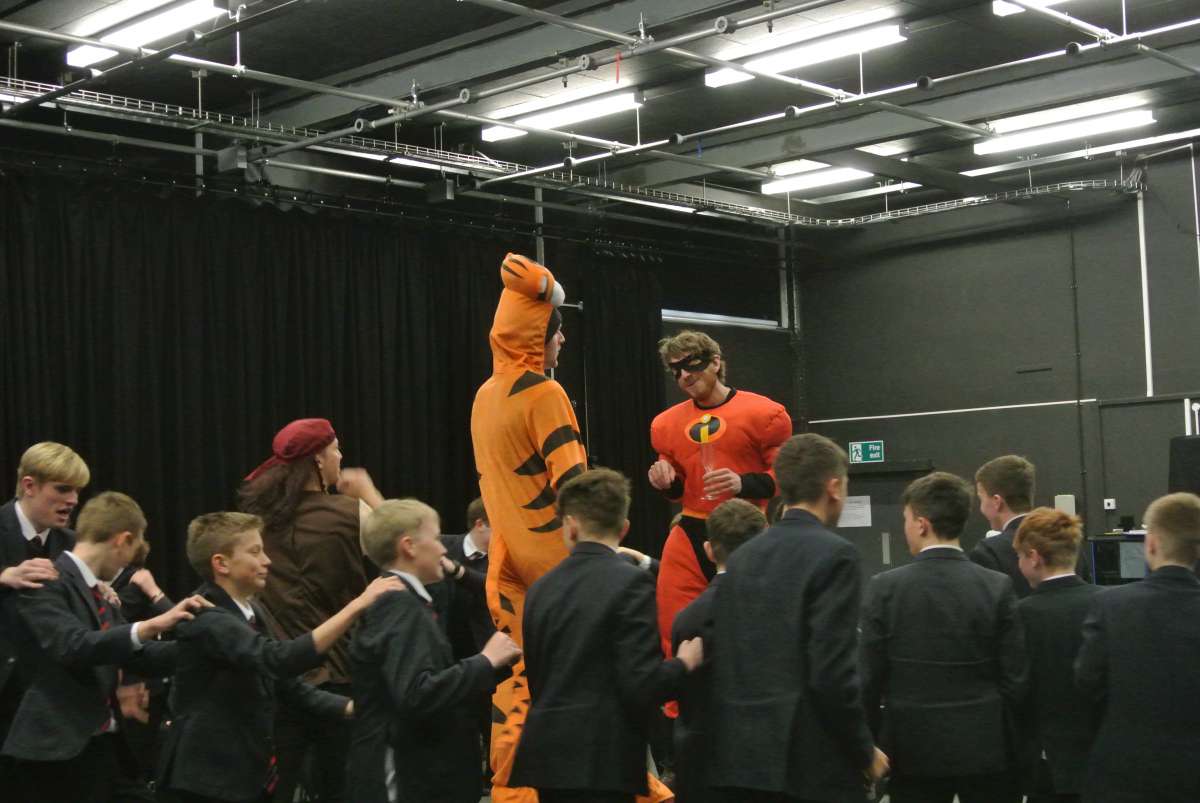 The cast of young performers acted out several other parts of the play, using suggestions; looking at what characters might be thinking in a scene and changing genre mid-scene. This energetic approach proved to be extremely effective, as they would later continue to produce an even newer and more authentic portrayal of multiple iconic scenes.

Much like many Shakespeare plays, the company included humour, with many amusing elements to their performance. Whether we were watching a watermelon bandit sprint through the stage, or the famous balcony scene reinvented like never before, the play was consistently entertaining.

Year 9 student, Archie Cracker, commented, ‘I quite liked the way that they completely changed scenes I thought I knew very well. With the exception of the watermelon bandit, the performance seemed funny and easy to understand at the same time throughout.’ It appears the rest of Year 9 were in agreement with him. 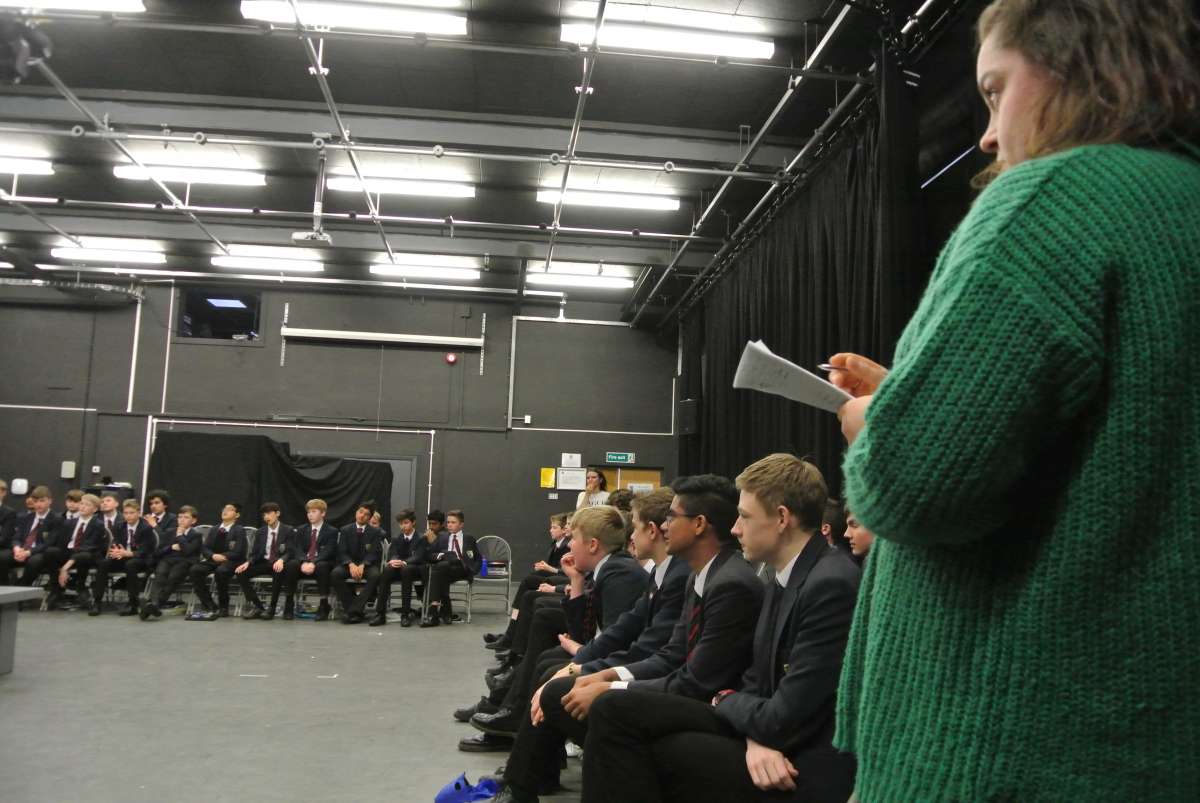 After finishing off with a Q & A session, we left the studio impressed having been introduced to a new way of looking at Shakespeare.

Thanks must go to the English department for organising this event which many students greatly enjoyed.