Last week, 17 students travelled to St Petersburg for the 22nd St Petersburg International Model United Nations Conference (SPIMUN). Although we had plenty ahead of us to debate, we were first treated to a full day of sightseeing in the beautiful city.

One of the initial sights was an incredible frozen river. It was a truly wonderful scene, as we were able to look across the ice to the Winter Palace - the residence of the former Russian royal family over the winter months. There were footprints across the entire river because the overnight -20C temperatures gave many of the Russians the confidence to think it was a good idea to use the river instead of the adjacent bridge. Needless to say that we did not! 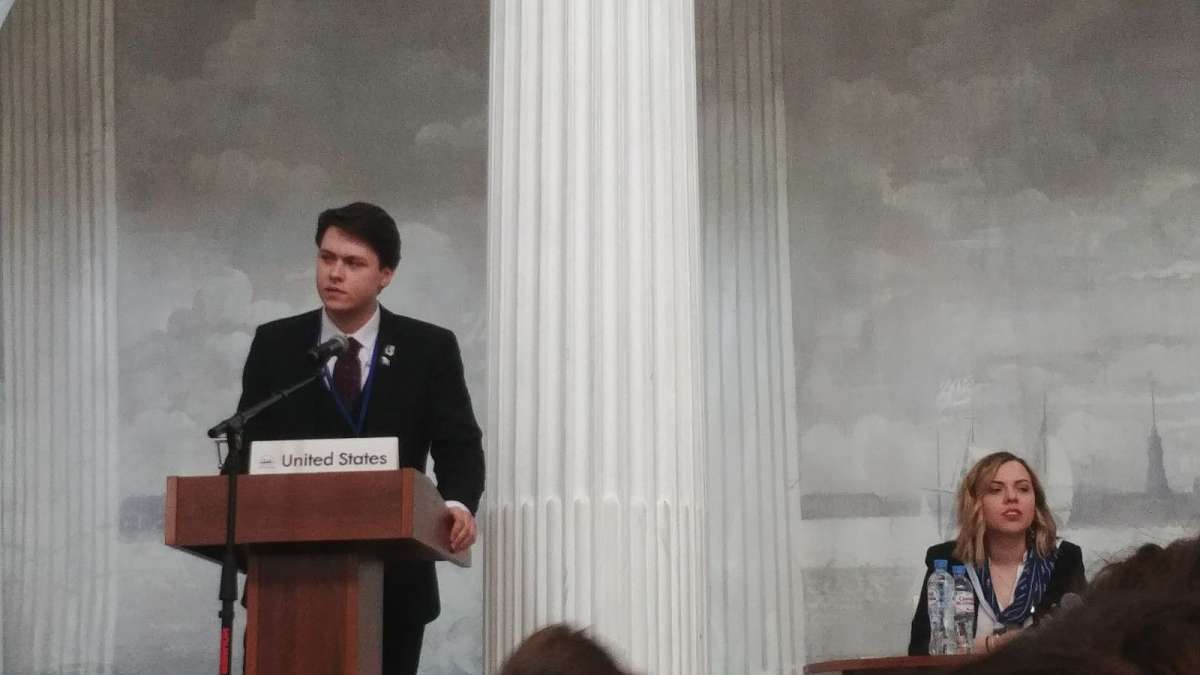 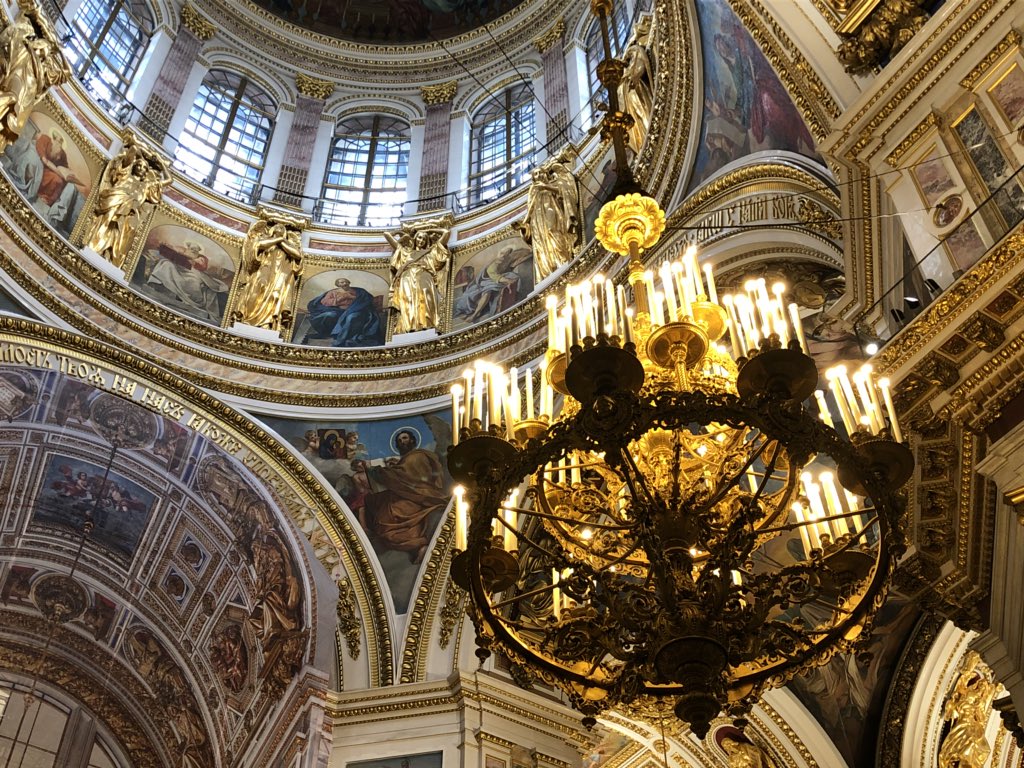 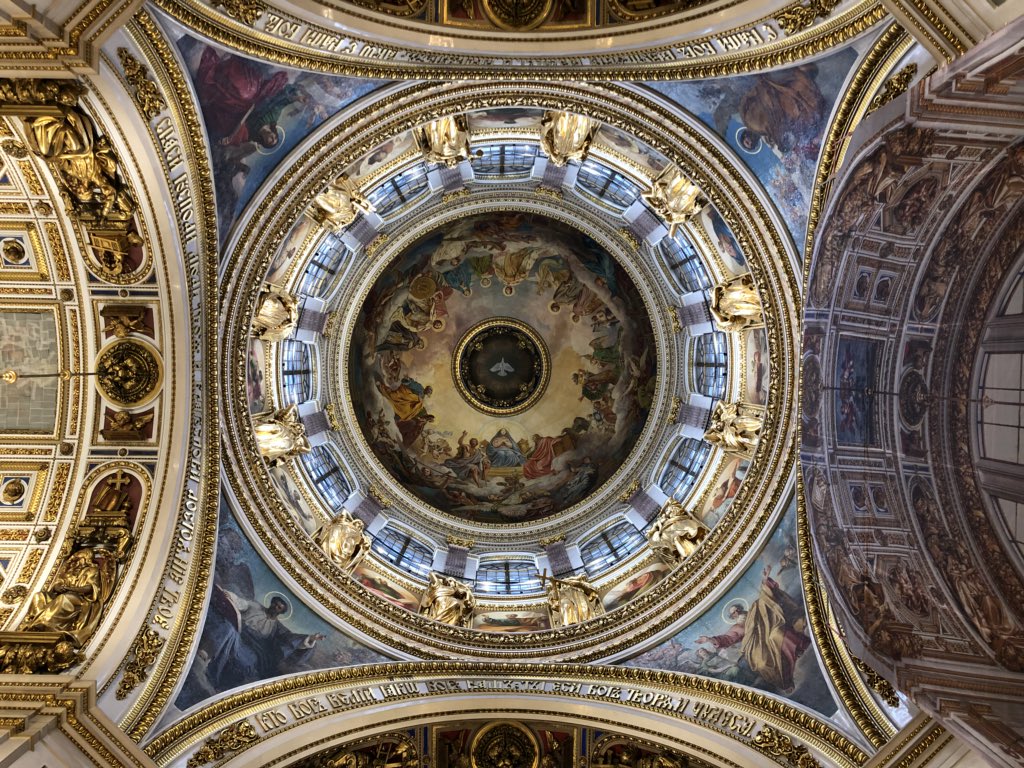 Nearby was the fortress of St Petersburg. Formerly a high security prison, burial ground and governmental administrative facility, it was also the site at which a cannon was fired in 1917 to signal the start of the Russian Revolution to the people of St Petersburg. Our tour guide, Olgar, gave us plenty of advice on how to choose the best Russian vodka - upon seeing our teacher’s concerned facial expression, she hilariously exclaimed, 'You not worry, I don’t spread Russian propaganda!'

Sadly, we couldn’t stay long as we had to dash off for lunch. As soon as we walked in to the restaurant, we knew it would be fun as we noticed all the waiters wearing communist lapels - as well as plenty of Soviet Propaganda posters all over the walls. We were however even more surprised when we were served a ginormous plate of cubed beetroot for lunch. The more brave amongst us had finished the pile before they brought out the bread we were supposed to eat it with. 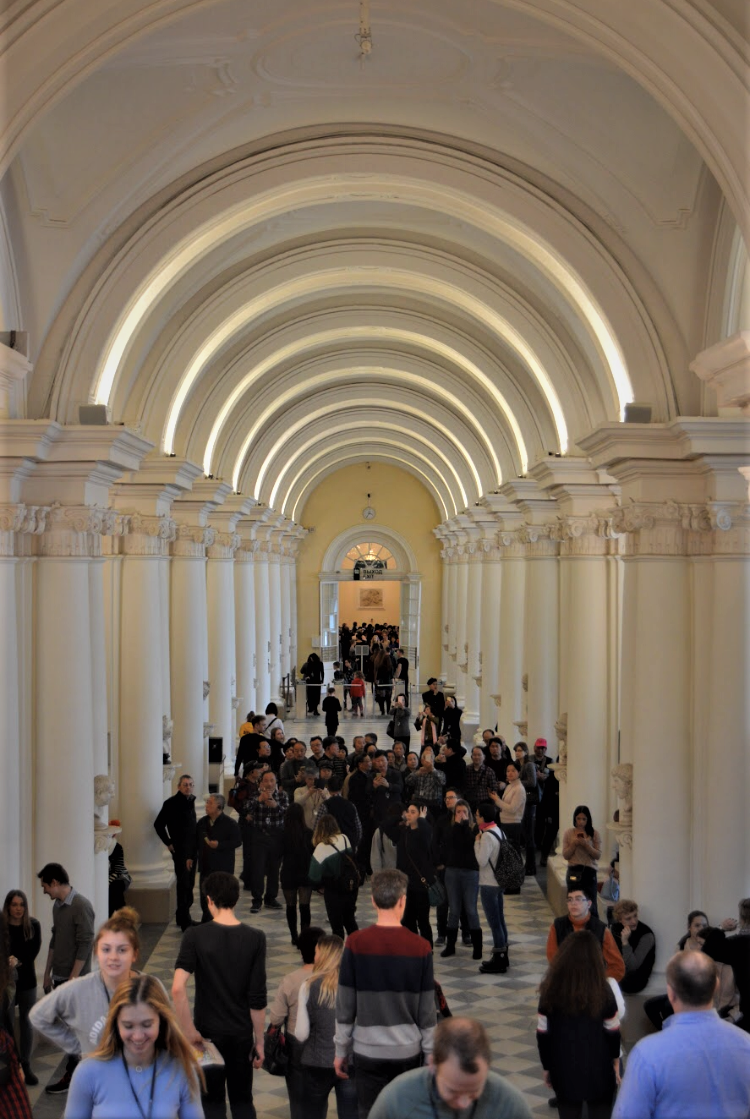 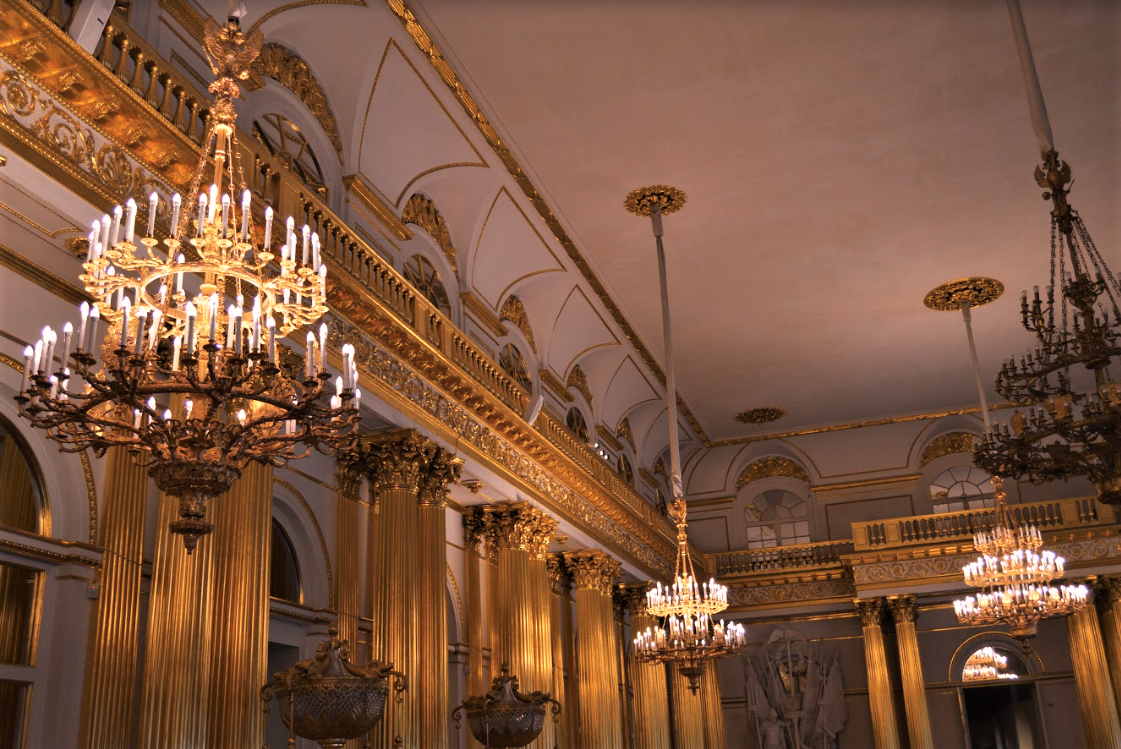 After this entertaining pit stop, we moved on to the internationally renowned Hermitage museum. Originally founded in 1764 by Empress Catherine the Great, this has since served as a huge museum. However, as we learnt, it is truly a museum like no other, with every single room, corridor and staircase each individually decorated to a stunning level of beauty. There seemed to be more chandeliers than windows, and more gold on the ceilings than paint on the walls. My favourite exhibit was the Italian art collection - which the museum collected to stop Russians having to travel all the way to Italy to see some of the finest European art. At one point in the museum, we were shown a painting by our tour guide. She claimed it had previously been attacked with acid by a Latvian who was jealous of Russia for having such an expensive painting. However, upon further investigation, we later realised back at the hotel that the real reason it had been attacked was that Russia had just started a mass extermination in Latvia - and the Latvian had thrown acid on the painting to raise international awareness of the Russian attack on their people. Already, we were beginning to see first hand how the Russian press portrays an 'alternative' version of the truth to its citizens.

After an excellent dinner in our hotel, we went on an evening excursion to the ballet of Swan Lake. For many students, it was their first time at a ballet. It was enjoyed by all - although we did have to rely on student Lillie Westcott’s extensive knowledge of ballet to tell us what was going on.

Upon our return to the hotel, we were extremely saddened to hear about the fire in a central Russian shopping mall. Killing over 64 people, it is one of the greatest tragedies in Russia in recent history. It was truly shocking to hear how the fire exits were locked, and children were left unaware of the danger in the cinema, as the fire alarm system had been faulty for the past several days and so failed to sound. It provided a chilling backdrop to the importance of the UN’s work in improving the lives and safety of civilians all over the world. Some of the Russians we met, however, believed that it was in reality an intentional attack on the Russian people from a dissident after the recent elections that saw Putin re-elected. It was devastating in particular to hear so many children had died, as there had been an end of term school trip to the cinema on the day.

The next day, we started the conference. Model United Nations is an activity where students work together with others from all over the world to write and then debate resolutions to real world problems. We were assigned the delegations of the USA, DPRK (North Korea), and Japan.

The conference started with an opening ceremony… like no other we’d seen before! With a marching band, an anthem for the conference and even the opportunity to condemn Russia for war crimes, it was an extremely exciting start. It was set in a beautiful palace, lending an extremely formal tone to the negotiations that laid ahead of us. 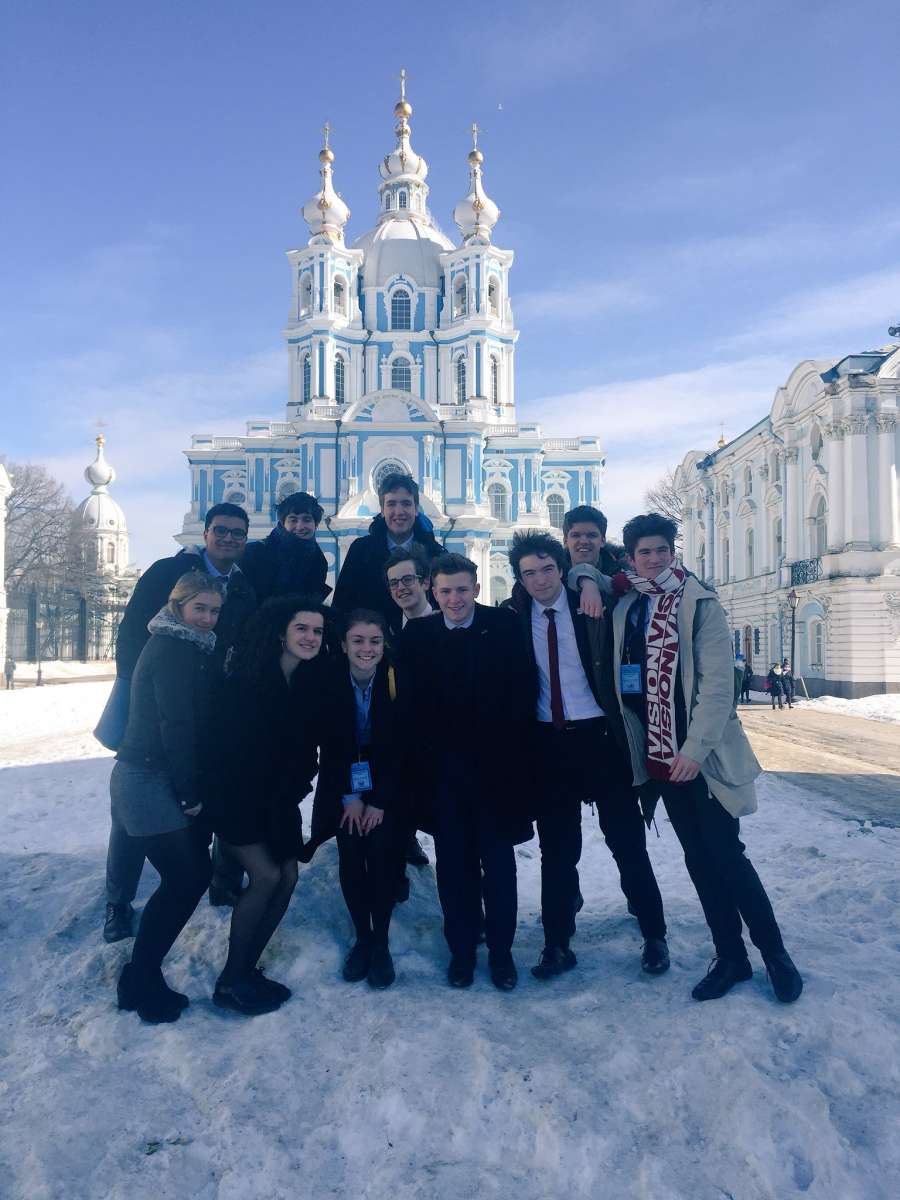 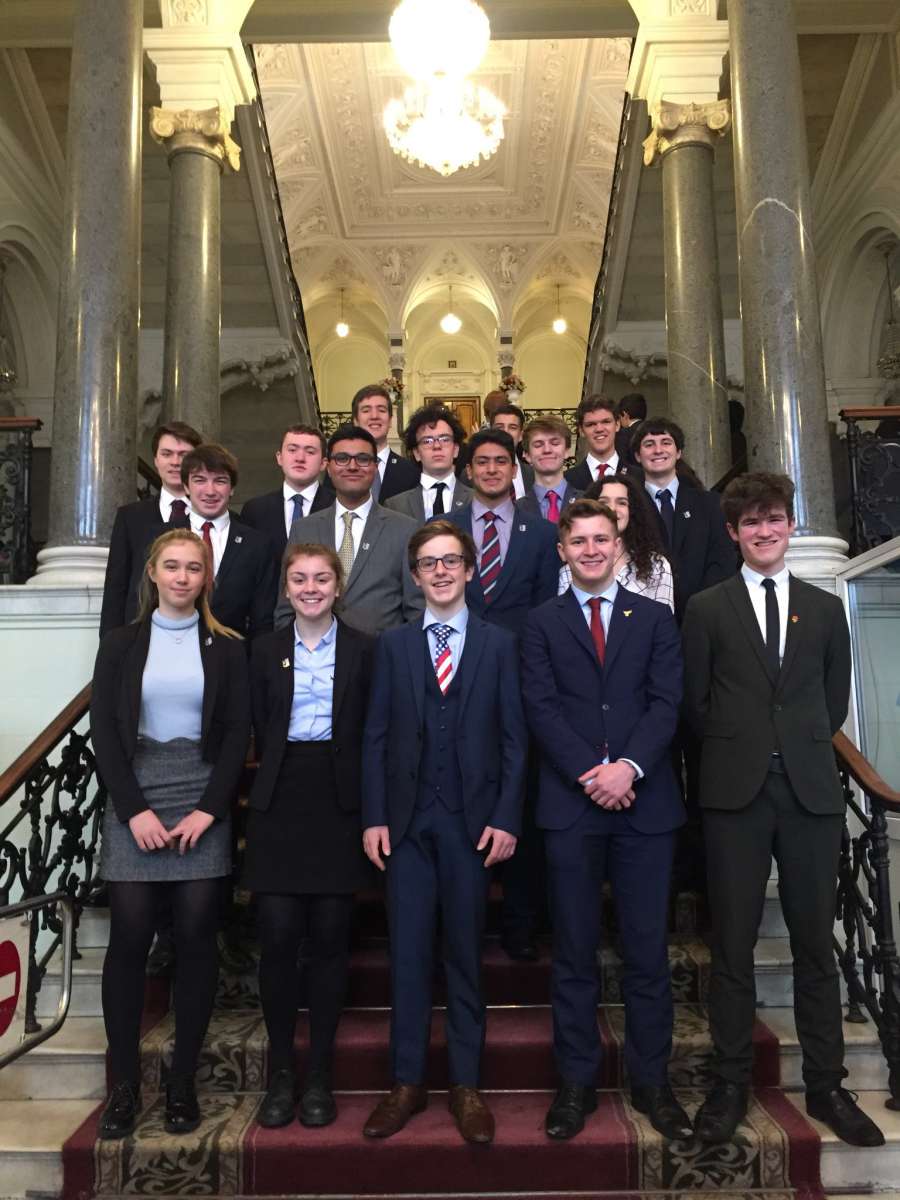 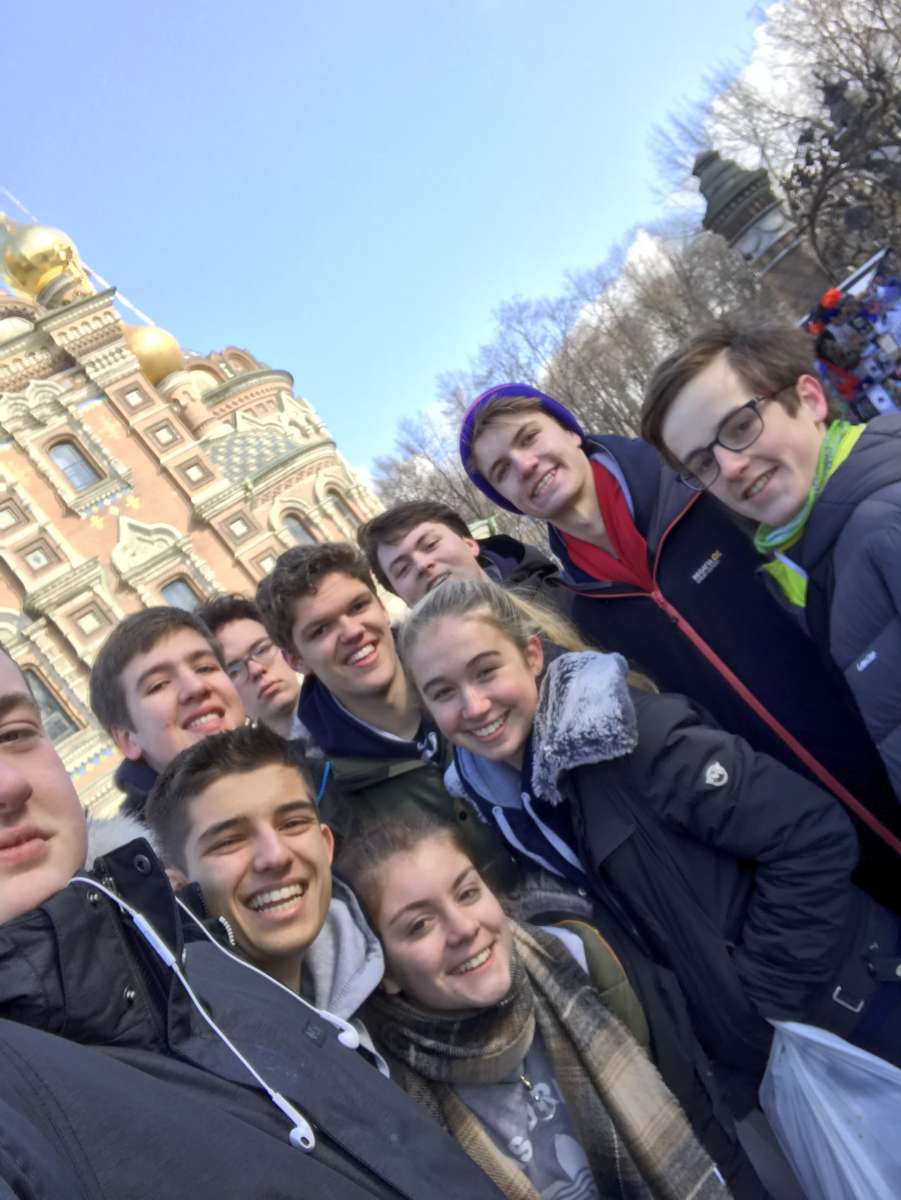 We then moved to the school of Gymnasium 157 (in Russia all state schools seem to be called Gymnasium followed by a number) where we went to specific committees. We had to debate the topic of our committee from our individual country’s perspective, which for me meant debating cyber warfare and gun laws in the disarmament committee - from the perspective of the USA!

This topic was absolutely fascinating to research and extremely fun to debate. I used websites such the NRA’s to arm myself (pardon the pun) with some fantastic arguments to put forward. Unfortunately, other nations were not convinced by the USA’s reasoning. A huge number of students, although representing European nations for the conference, had Russian or Middle Eastern nationality, and so had a wealth of information about the USA’s less than legal affairs - which they constantly used to attack us. With a third of the delegates being of Russian origin, my attacks on the Russian state’s involvement in Syria, Chechnya and on the US presidential elections were not well received by many! Many Russian students genuinely believed the RT’s (Russia’s state broadcaster) claim that the BBC had staged a chemical weapons attack in Syria and blamed it on Russia. I’d never before met anyone who had genuinely believed something that seemed so absurd to me, and it was an extremely powerful experience in developing my ability to debate and reason with others. 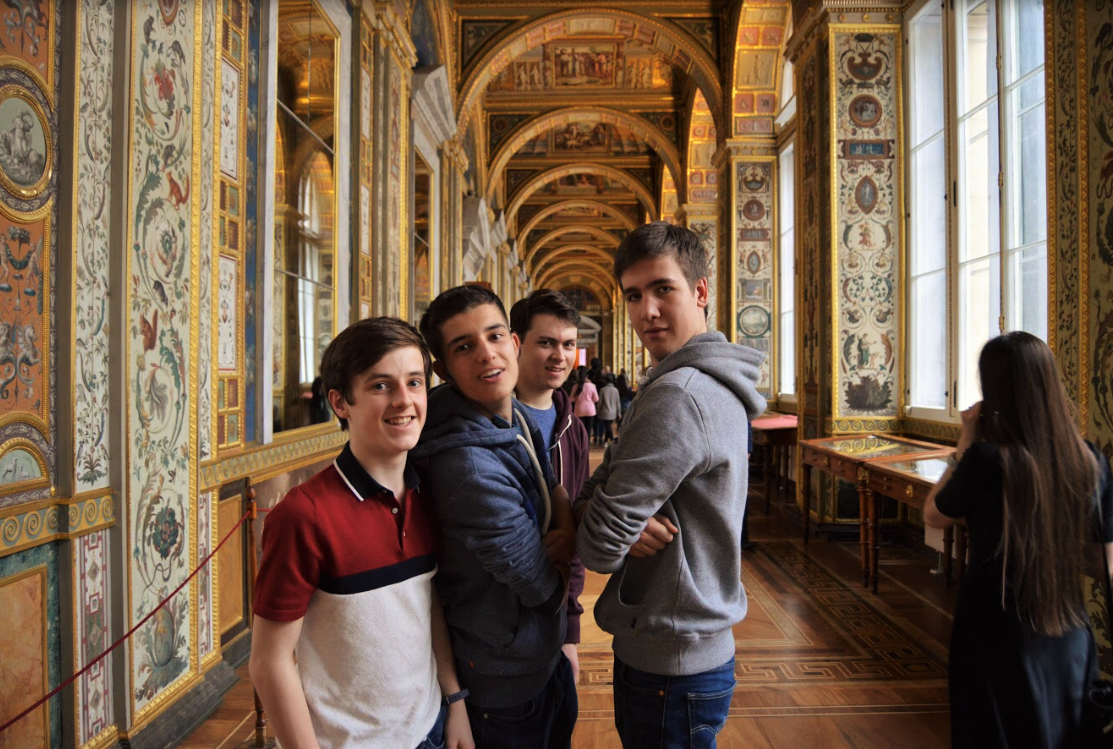 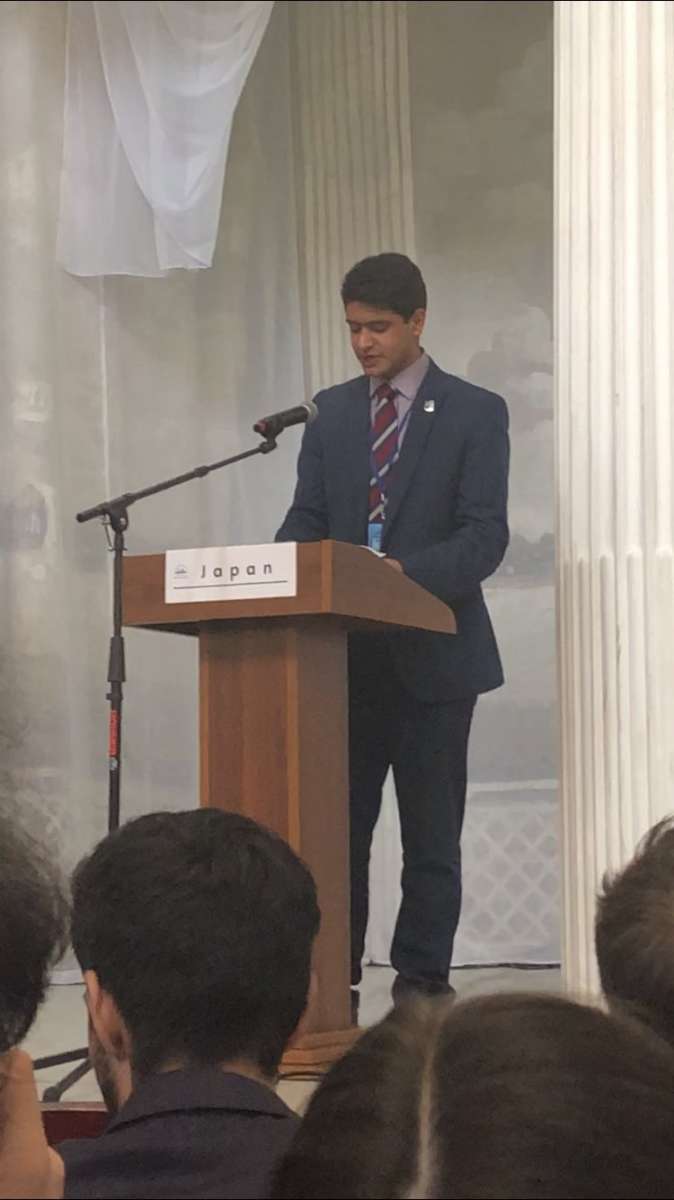 With students from a dozen countries - including Saudi Arabia, Palestine, and Lebanon - there were many students with personal views on topics such as feminism and LGBT rights extremely different to ours. Over lunch, some of us took up the opportunity to debate these opinions that seemed totally unacceptable to us. Although it’s hard to tell, we seemed to make the other delegates think a lot - and hopefully softened their stances as well.

In the evening, we were treated to a brilliant night at a palace. We were served a gala dinner with live traditional Russian music, as well as a cossack dancing show! Audience participation was quickly introduced, with James Galvin being invited to the dance floor to dance with a traditionally dressed Russian lady. It was really fun to dance with the new friends we’d made at the conference - as well hear a lot of middle eastern pop music (requested by other delegates) we’d never heard before.

The final day of conference started sadly. It had been declared a day of national mourning by the Russian government as a result of the fire. In true UN style, the debate had to continue through the adversity, and by the end of the day, we’d collectively produced numerous resolutions to extremely complex world problems. Our school did extremely well, with over two thirds of our delegates winning an award of some sort.

At this point it is worth mentioning the elephant in the room that is the current rise in diplomatic tensions between the UK and Russia. We found all the Russians to be extremely friendly and welcoming - and in fact felt far safer in St Petersburg than we would otherwise do on a school trip in London. It seemed to us that media outlets had blown the controversy out of proportion, while individual civilians were extremely kind to us. For me, this was the best residential I’ve ever been on with Challoner’s - and so enormous thanks must go to both Miss West and Mr Wallington-Smith for leading such a brilliant trip. 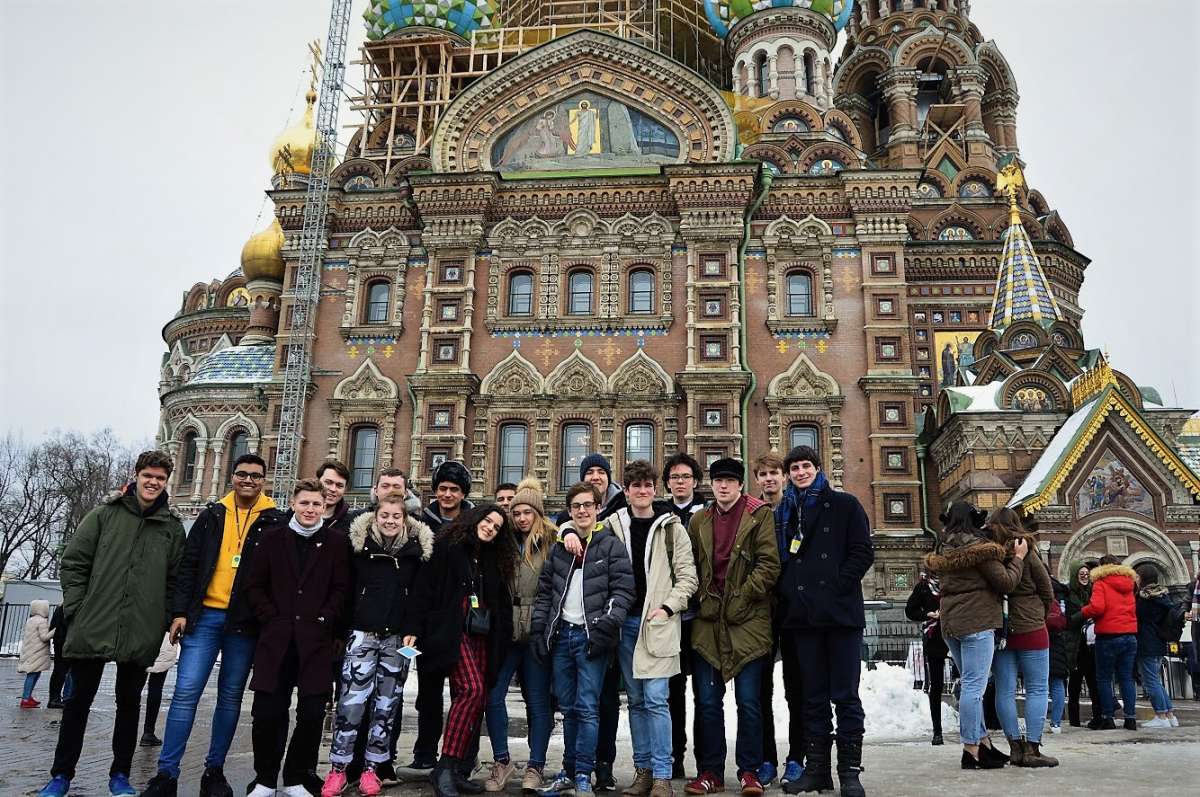